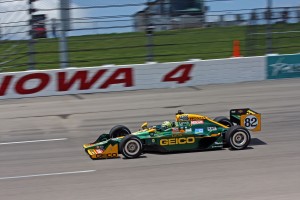 GEICO, like Allstate, was injured by its second-quarter increases in crash frequency and severity, resulting in its auto insurance business dropping to a 1 percent margin.

GEICO, the second-largest auto insurer in the country, made $53 million from April-June, compared to $393 billion that time last year.

Based on the data provided by GEICO, which only lists first-half frequencies and severity rather than quarterly ones, comparisons to No. 3 Allstate are difficult. But we can compare it to No. 4 Progressive: GEICO’s first-half collision frequency was up 3-4 percent, while Progressive’s dropped 1 percent.

Besides the justification for raising rates to recoup expenses (say, buying a bunch of aluminum repair equipment), GEICO’s 10-Q also could indicate good news for collision repairers in that it doesn’t mention any crackdown on claims handling, as Allstate did in its second-quarter investor analyst call.