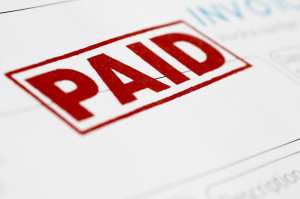 National AutoBody Research announced Friday that the company would provide documents proving insurers payments for “non-included” labor by the end of September.

The data, which NABR said in a news release could include insurer and shop estimates, claim numbers and checks, complements an earlier NABR preliminary report showing such reimbursements were happening.

“In that early research, we observed a glaring imbalance,” NABR President Sam Valenzuela said in a statement Friday. “Some shops got paid for performing a certain procedure, for example finish sand and buff, while others did not, even for the same work in the same state and with the same insurer.”

Valenzuela said shops needed the actual evidence to make a case to local adjusters for compensation, and NABR has promised a searchable database of downloads will appear this quarter, free to Variable Rate System subscribers. To contribute documents, email info@variableratesystem.com.

“Now, when a shop does the work and can show the insurer that insurer’s own estimate and claim number for a completed repair where finish sand and buff got paid to a different shop somewhere else, there’s simply no disputing it,” Valenzuela said in the statement. “The shop gets paid.”

Preliminary VRS results released in May found that shops deliver service far beyond what they’re getting paid to do or even putting on the bill, but insurers remain tepid about 12 additional “non-included” line items that repairers deem necessary. Those procedures ranged from corrosion protection to pre-fitting non-OEM parts to washing the car before giving it back.

However, shops who bothered to invoice all 12 procedures still on average had a better than 50-50 shot at payment from at least one insurer, NABR found. The study included about 150 April responses from collision repairers in 34 states

Even the least likely work to be reimbursed — test drives (only 20 percent chance), pre-fitting non-OEM parts (31 percent) and washing the car (36 percent) — still offered between a 1 in 5 and 1 in 3 chance of getting paid by at least one insurer.

New Jersey Alliance of Automotive Service Providers Executive Director Charles Bryant on Monday called the move “brilliant,” and an executive overseeing what NABR called the largest-volume body shop in America said in a statement the document announcement was a “significant development.”

“Especially for a high volume shop like ours, but also for any shop of any size, not getting paid for non-included procedures leaves thousands of dollars on the table,” Park Place Dealerships body shop operations Director Eric McKenzie said. “Because many shops perform the work anyway but just absorb the cost, getting paid for those procedures will go straight to the bottom line.”

In July, Collision Advice and Crash Network released results of a survey asking 980 shops how often they’re reimbursed for 26 “not-included” procedures. The research found that no major insurer outright rejects them — and yet some shops neglect to even attempt to be paid for them.

It also offered a breakdown of DRP versus non-DRP shops getting reimbursed for doing the work — if they asked insurers to pay up. At least half of the DRP shops who asked their insurers to pay them for second-color setup reported being paid “always” or “most of the time,” compared to the 40 percent range for non-DRP shops. (And the odds of non-DRP shops “always” getting paid fell for all the major insurers discussed.)

ASA said in a news release it will seek input from collision repairers, industry groups, OEMs and trainers to offer an “impartial baseline” for fixing aluminum damage.

The organization said the research was inspired by the recent dispute between paintless dent repairers and Farmers over aluminum hail repair and other issues. PDR trade organizations had raised objections after a local Farmers representative announced — erroneously, according to the insurer — the company would pay PDR providers the same for aluminum and steel repairs.