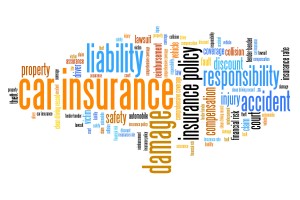 A case brought by Michigan auto body shops has been closed after plaintiffs’ attorneys failed to file an amended complaint by a Sept. 8 deadline.

In fact, Middle District Presnell had erroneously ordered the Pacific Coast case closed Wednesday but retracted the order after catching the mistake.

The difference appears to be the battle between the other two states’ shops and GEICO over attorney sanctions. That insurer wasn’t among those sued in the Rodenhouse case.

GEICO alleged in Sept. 30 filings that the attorneys at Eaves Law Firm knew the Haury’s and Pacific Coast cases would lose.

“Knowing they had asserted claims that were doomed from the start and knowing they had to allege facts about GEICO for their claims against GEICO to survive, Plaintiffs could have spared GEICO and this Court’s resources by dismissing their claims before GEICO’s time to respond,” GEICO’s attorneys wrote. “Plaintiffs also could have amended their Complaint to attempt to allege claims that could survive a motion to dismiss and facts about GEICO to support those claims. Instead, Plaintiffs stood on their fatally deficient Complaint and never even attempted to fix the deficiencies or allege facts about GEICO, even after their claims were dismissed (initially) without prejudice.”

But the attorneys in Haury’s on Wednesday accused GEICO of lying about the law and the facts in their motions.

“With the Motion for Attorney’s Fees, counsel for GEICO has continued its pattern and practice of knowingly and intentionally filing pleadings which violate the basic tenets of Rule 11 of the Federal Rules of Civil Procedure,” they wrote. “The current motion, as well as prior pleadings, contains misrepresentations of fact and authority which constitute outright falsehoods.

“GEICO counsel has intentionally attempted to perpetrate a fraud upon the Court. Sanctions under Rule 11 are not merely advisable, but, necessary to stem the conduct which has, to date, gone unchecked.”