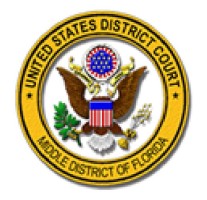 Not so fast, a Florida judge has told GEICO in its attempt to obtain tens of thousands of dollars worth of attorney’s fees from collision repairers for lawsuits against insurers.

He dismissed GEICO’s motion without prejudice, meaning the insurer can still try again.

GEICO is one of the few major insurers which has sought such penalties, filing for tens of thousands of dollars worth in several of the series of state cases consolidated before the Florida court.

“Plaintiff’s insistence on pursuing claims that Plaintiff and its counsel knew – and conceded in public statements, filings and open court – would not survive a motion to dismiss was in bad faith, vexatious and wanton and Plaintiff lacked an objectively reasonable basis for pursuing these claims,” GEICO wrote in a motion seeking more than $44,000 worth of fees in Concord v. State Farm (Missouri).

But even though those shops are pursuing Eleventh Circuit appeals, it could be a difficult road ahead.

The appeal means the shops lose their right to amend their lawsuits — and the court system so far has taken a dim view of collective, generalized accusations. (Of course, the appellate court might feel differently — that’s the point, after all.)

The shops in Haury’s on Wednesday and Pacific Coast on Thursday accused GEICO of lying about the law and the facts in motions. They sought punishment in the form of sanctions on the insurer.

“With the Motion for Attorney’s Fees, counsel for GEICO has continued its pattern and practice of knowingly and intentionally filing pleadings which violate the basic tenets of Rule 11 of the Federal Rules of Civil Procedure,” they wrote in Haury’s. “The current motion, as well as prior pleadings, contains misrepresentations of fact and authority which constitute outright falsehoods.

“GEICO counsel has intentionally attempted to perpetrate a fraud upon the Court. Sanctions under Rule 11 are not merely advisable, but, necessary to stem the conduct which has, to date, gone unchecked.”