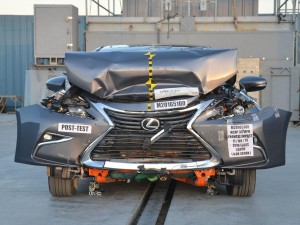 The NHTSA on Tuesday proposed ramping up the 5-star ratings program with new dummies, a new and revised crash test, and collision prevention and creating a second 5-star rating on pedestrian safety.

“NHTSA’s 5-Star Safety Ratings have set the bar on safety since it began in 1978, and today we are raising that bar,” U.S. Transportation Secretary Anthony Foxx said in a statement. “The changes provide more and better information to new-vehicle shoppers that will help accelerate the technology innovations that saves lives.”

The NTHSA — which in the past appeared to have been lagging behind the IIHS in terms of crash testing — wants to add a new frontal oblique crash test and upgrade the unfortunately titled full-frontal test to better consider rear passenger safety. 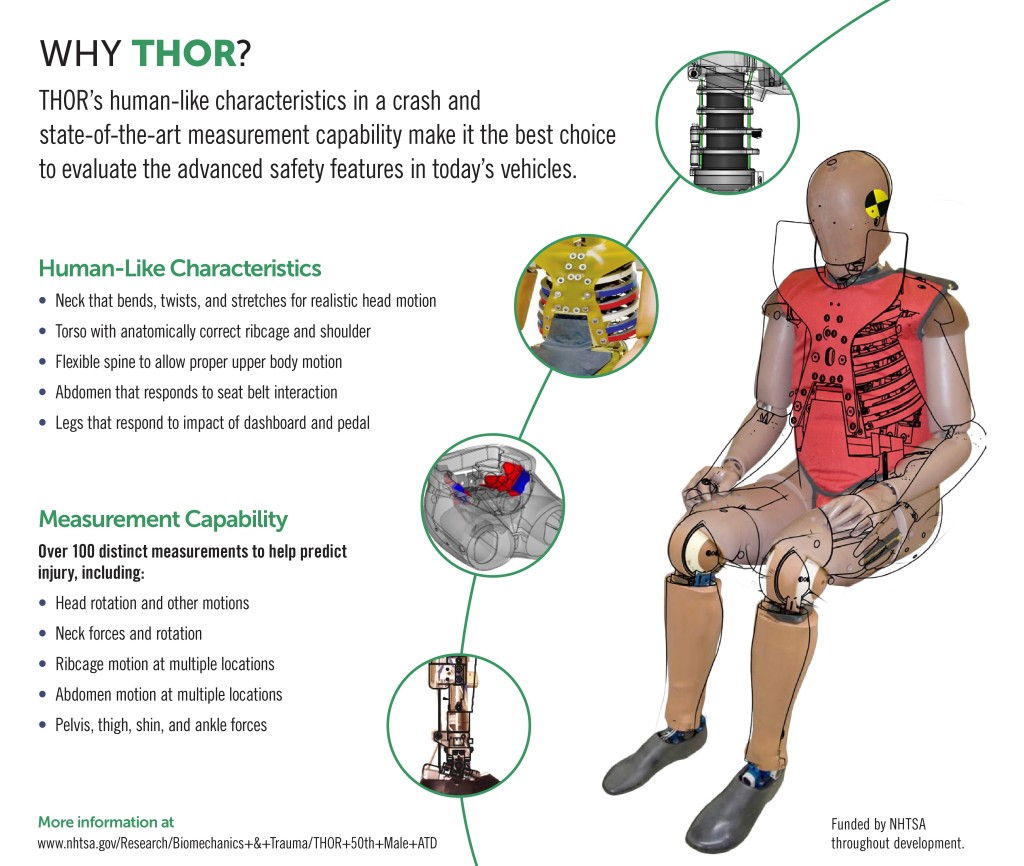 Front and rear pedestrian detection and autobraking will also be included in a new 5-star pedestrian rating. More than 4,700 pedestrians died in the crashes of 2013, the most current data year, according to the NHTSA.

Selfish customers might ignore the pedestrian rating and focus on the other 5-star grade related to vehicle occupant safety, but insurers likely won’t. Bodily injury from hitting pedestrians can be costly — not to mention ripe for fraud by the unscrupulous.

If approved — the NHTSA is taking public comment for 60 days (find out how to leave it here) — the changes would take effect for the 2019 model year and anything made after Jan. 1, 2018.

NHTSA plans to implement these enhancements to the 5-Star Safety Ratings in 2018, beginning with Model Year 2019 and newer vehicles manufactured on or after January 1, 2018.

The changes could impact collision repair as well as OEMs and dealerships.

Pedestrian protection could have ramifications on the controversial classification of “cosmetic parts,” forcing new OEM designs for such components in the front of vehicles. That could affect how “cosmetic” the OEM parts and their aftermarket imitators really are.

The new crash testing could, like the IIHS tests and the feds’ 54.5 mpg mandate, lead to new designs for automotive structural parts as well, though it’s possible those changes were already in the pipeline or already in existence to meet IIHS and European safety requirement.

Collision avoidance, meanwhile, has an obvious drawback — fewer crashes — to a collision repairer despite the gain to society as a whole. On the other hand, such items will likely require more calibration from repairers and could be costlier to replace, driving up the costs of the repairs for the crashes which still occur.

The NHTSA sees high safety potential in technology relevant to three areas — rear-ending, visibility and driver awareness — and such components would be considered in the new 5-star ratings.

Viable rear-end prevention tech to the NHTSA includes forward collision warnings, which alert the driver they’re about to hit something; dynamic braking, which help the driver apply force to the brake; and autobraking, in which the car brakes itself.

Its view on vehicle-assisted braking shouldn’t be too much of a surprise, considering the September announcement by the agency and 10 car brands that the OEMs would make autobraking standard in the near future.

As for visibility, the NHTSA has expressed confidence in semi-automatic high- and low-beam switching (the car adjusts the beams if there’s a driver in the other lane who could be blinded), amber rear turn signals and “high-performing lower beam headlights.”

Technology related to checking blind spots and warning of the car drifting into an adjacent lane were the third element the NHTSA thought would reduce crashes.

“NHTSA’s 5-Star Safety Ratings program was the first of its kind, and the idea has now spread around the world,” NHTSA Administrator Mark Rosekind said in a statement. “Today, we’re adding to that legacy of global safety leadership, ensuring that American consumers have the best possible information about how to protect themselves and their families, and taking a significant step forward in our efforts to save lives and prevent injuries.”

Correction: An earlier version of this article indicated pedestrian protection would be incorporated into a single 5-star rating. Pedestrian safety would be given its own 5-star rating under the NHTSA’s proposal. The article has since been corrected.

The NHTSA’s new crash dummy “THOR” is shown in this graphic. (Provided by NHTSA)