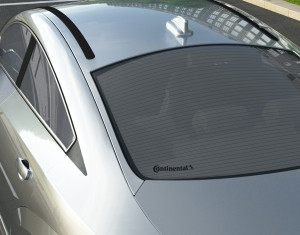 Continental announced Thursday it will demo an entire set of windows which can be darkened and lightened at will by a driver, a concept with ramifications for collision repair should it become feasible for the marketplace.

“Intelligent Glass Control,” which the supplier will demonstrate at the Consumer Electronics Show, is a new version of a technology which in the past been confined to high-end vehicle roofs, according to Continental.

But it says it anticipates the technology could begin to scale and become more possible on mainstream vehicles.

“This film is still rather cost-intensive for mid-range vehicles with large glazed areas,” Continental wrote in a news release. “However, due to further promising developments with initial applications in the mobile area, it is anticipated that the prices will quickly drop.”

Assuming tinting laws allow it. “Due to legal requirements, however, it is initially only shown here in the permitted area of the sun visors,” Continental wrote.

The film inserted within the window glass arranges a series of particles parallel to each other when a current is applied, allowing light to pass through in both directions and someone outside of the car to see in. When the current is cut, the particles scatter randomly, darkening the window and letting only those inside the car see through it. 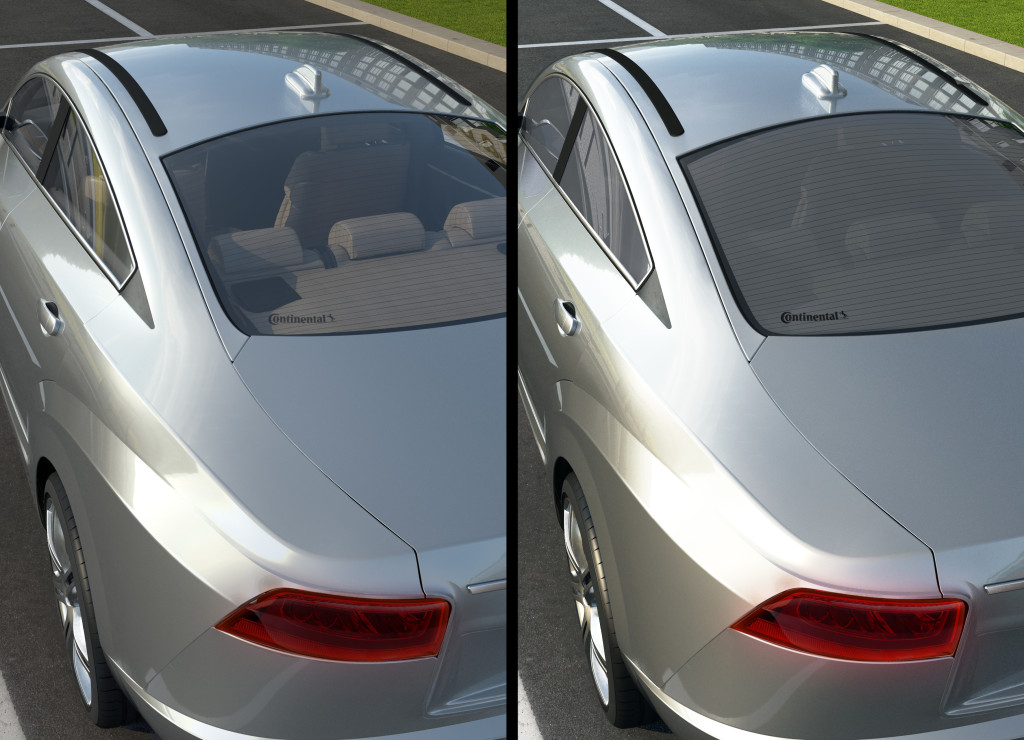 Continental also described a competing technology in which current alters the optics of molecules or crystals, darkening the surface. The Tier 1 supplier says it can be found in mirrors already but the energy demands make it harder to apply to larger glass areas.

Continuental boasts that either way, it wins by being able to design the control system and integrate it into the car.

“Today it is just a question of when intelligent glass is coming,” Continental Body and Security head Andreas Wolf said in a statement. “At Continental we use our know-how for the entire system and can therefore integrate the desired functions into our electronic control units. Here we adjust the algorithms so that the behavior of the windows offers maximum safety and comfort for the driver while improving emission values. The appearance of all windows is optimized with an intelligent reaction to the changing lighting situations as well as automatic compensation of temperature and aging effects.”

The “smart” window tinting lets OEMs cut the weight of sun visors and blinds — as well as the air conditioner, as the tint cools the car. Continental estimates that electric vehicle range could increase 5.5 percent, though it’s unclear if that amount accounts for the energy demand of the tinting system.

Finally, Wolf and Continental argue that the driver isn’t as distracted by fooling around with visors when there’s glare.

“This results in both impaired visibility and a brief decrease in control of the vehicle,” he said in a statement.

Except when they’re playing with a touchscreen — a future theoretical possibility for the technology, according to Continental. It also floated the idea of offering different tint colors; right now, the film contains a “slightly blue shimmer,” Continental wrote in the news release.

If they can pull this off and get it past regulators, it’ll be another formerly “dumb” system with which collision repairers and auto glass operations have to contend. It also makes it more difficult to use aftermarket glass.

Featured image: Continental announced Thursday it will demo an entire set of windows which can be darkened and lightened at will by a driver, a concept with ramifications for collision repair should it become feasible for the marketplace. (Provided by Continental)