After “frequent and widespread reports of misrepresentations” on the infamous CCC ONE “bumper prompt,” SCRS announced Friday a flowchart to help shops (and adjustors) answer the refinishing question correctly.

“SCRS provides this information in hopes that a clearly defined decision making process will alleviate confusion and misuse of a mechanism in the estimating system that has created a great deal of debate in the industry,” the Society of Collision Repair Specialists wrote in a news release.

SCRS also reminded repairers that the estimating services are a “GUIDE ONLY.” The three major IPs state that their times refer to procedures done on a mint-condition new car, and leave many elements up to the repairers to generate rather than offer line items.

“(It) is important to remember that the auto body professional performing the repair is in the best position to thoroughly inspect, diagnose and identify the methodology and their unique cost of the vehicle damage repair,” the organization states.

Sometimes, insurers will incorrectly answer “No” on appraisals or erroneously push for such an answer, which can result in disputes wasting both sides’ times.

For example, a Montana collision repairer’s summer interpretation of the prompt was finally accepted by Nationwide subsidiary Allied after what seems like an insurer refusal that tried to have it both ways on CCC guidelines. 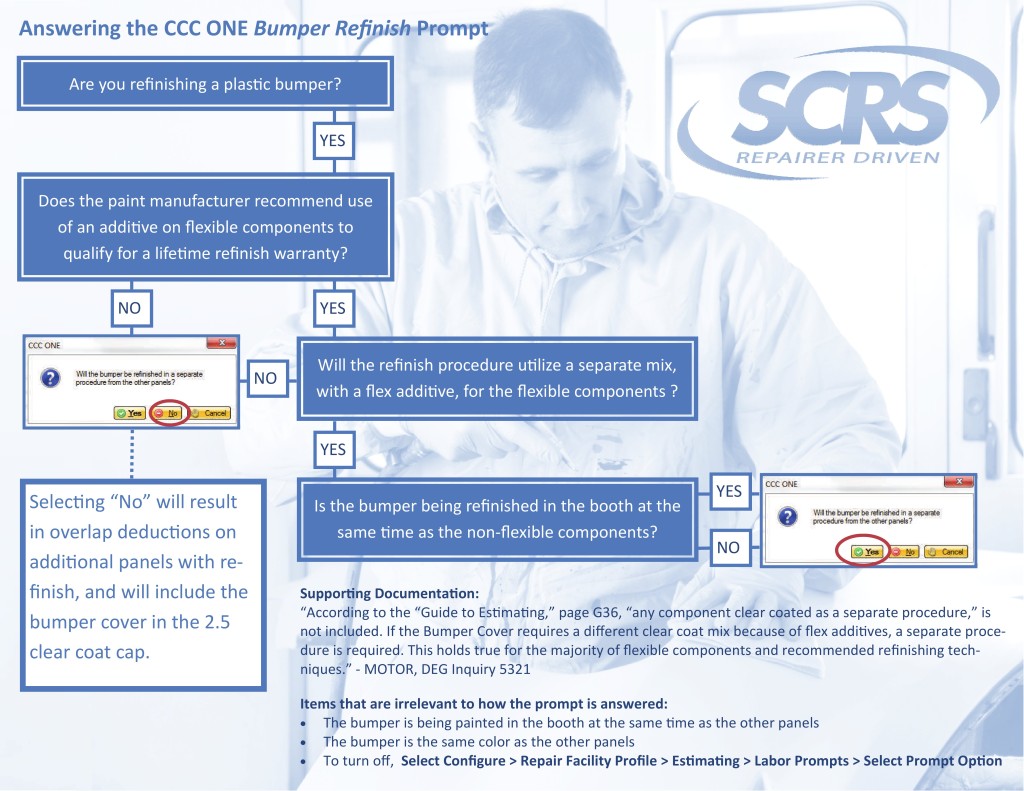 Here’s some additional explanation provided by SCRS on how to answer the various “bumper prompt” questions:

The CCC One product includes a prompt in their estimating system that inquires, “will the bumper be refinished in a separate procedure from the other panels?”

If the end-user replies “No,” the system will apply overlap deduction on the next refinished panel and will include the bumper cover in the 2.5 clear coat cap. If the end-user replies “Yes,” the system will identify the next refinished panel as the first major panel, without overlap deduction, and the bumper cover refinish labor will not be included in the 2.5 clear coat cap.

If a flex additive is being utilized on plastic/flexible components and a separate clear coat mix is being produced as predominantly recommended by automotive refinish manufacturers, the appropriate response should be “Yes.”

The prompt is repeatedly answered inaccurately on insurance appraisals as the “No” selection will result in a lesser estimate value.

Conditions such as the color of the bumper or if the bumper is in the paint booth at the same time as the rest of the vehicle have no bearing on the appropriate response to the prompt.

To know if the end-user selected “No” as a response, the system will identify the line item with a symbol. The symbol (<>) indicates the refinish operation WILL NOT be performed as a separate procedure from the other panels in the estimate. It will appear on the estimate as exampled here:

Details, other resources, or to join SCRS: info@scrs.com or www.scrs.com.

Bumper prompt and the DEG

Controversy and confusion over the “bumper prompt” can be seen in users’ interactions with the Database Enhancement Gateway, an industry resource to seek guidance and changes on the estimating services.

The concept makes the informal poll of users’ Top 10 issues with the estimating system CCC, and numerous queries about the procedure can be found in the database (search “bumper prompt”).

A user inquired about the issue as recently as October, asking for guidance on a 2015 Toyota RAV4, and complaining “I DO NOT FEEL THIS IS A VALID PROMPT AND IS GETTING ABUSED.” 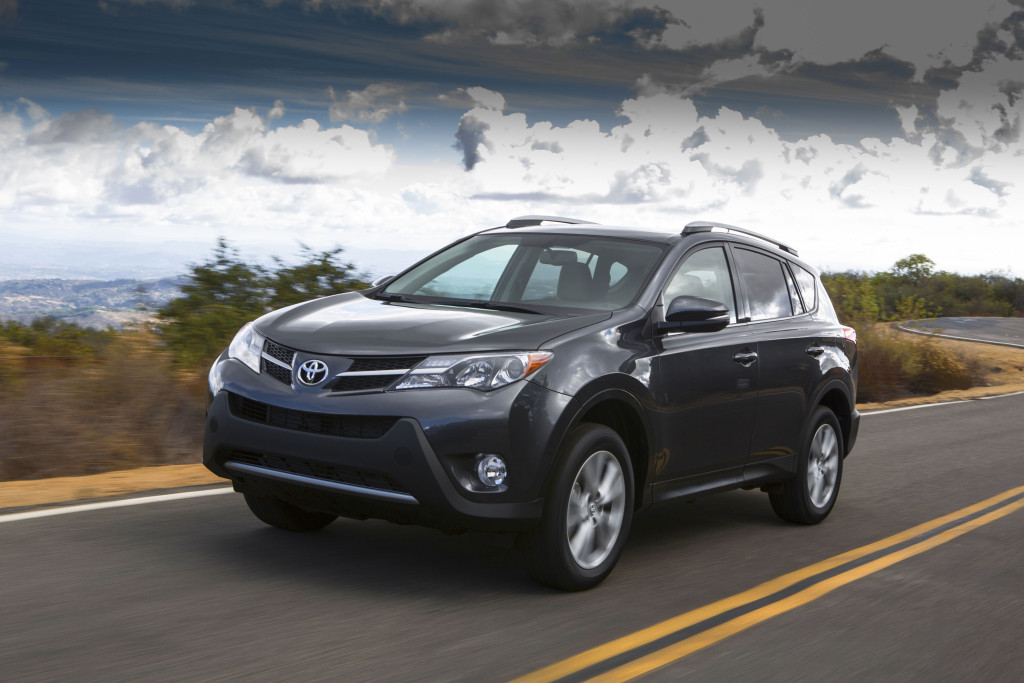 “I AM PAINTING THE FRONT BUMPER OFF OF THE CAR,” the user, apparently a refinisher, wrote. “I AM ALSO REFINISHING THE FENDERS AND HOOD. I AM USING A FLEX ADDITIVE ON THE BUMPER. MY QUESTION IS WHAT DO I SELECT WHEN THE PROMPT COMES UP TO REFINISH IN THE SAME OPERATION? I SELECTED NO, IT IS IN A SEPARATE OPERATION. SINCE I HAVE TO SPRAY WITH A SEPARATE MIX. BY SELECTING YES IT DEDUCTS 0.7 FROM THE REFINISH TIME.”

The user suggested, “PLEASE EXPAND THE DEFINITION IN THE P PAGES TO PROPERLY EXPLAIN WHY THIS PROMPT IS EVEN IN THERE TO BEGIN WITH.”

“If the Bumper Cover requires a different clear coat mix because of flex additives, a separate procedure is required. This holds true for the majority of flexible components and recommended refinishing techniques,” it wrote.

“The answer is dependent on the paint, the component, OEM procedures, paint manufacturer recommendations, and the repairers approach to refinishing the Bumper Cover.

“An ‘on the spot’ evaluation and is best left up to the judgment of the estimators.”

After “frequent and widespread reports of misrepresentations” on the infamous CCC ONE “bumper prompt,” SCRS announced Friday it released a flowchart to help answer the refinishing question correctly. (Provided by Society of Collision Repair Specialists)