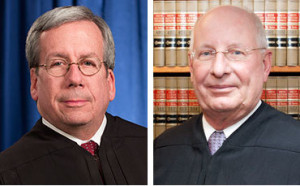 While I agree with almost everything said in the majority opinion, I simply cannot agree that the Supreme Court of Ohio is in the business of encouraging insurance companies to intentionally disregard the Consumer Sales Practices Act to the detriment of their customers. Therefore, I respectfully dissent.

I do not take issue with the insurance-policy agreement between appellees, Jerry and Nancy Dillon, and appellant, Farmers Insurance of Columbus, Inc. And I agree that insurance-policy agreements are not consumer transactions for purposes of the CSPA. Rather, this case is about a consumer’s ability to enforce a clear and unambiguous provision of the CSPA. It is beyond dispute that R.C. 1345.81 requires an insurer, repair facility, or installer to obtain an acknowledgment from a consumer that non-OEM parts are being used in an estimate.

Farmers took it upon itself to prepare an estimate for the repair of the Dillons’ car, and in so doing, Farmers subjected itself to the statutory duty under R.C. 1345.81 to disclose the use of non-OEM parts and to get the Dillons’ acknowledgment of that disclosure. Any other reading of the statute completely fails to give effect to the intent of the legislature. This is the same statutory duty that is imposed on all repair facilities and installers that provide estimates that include the use of non-OEM parts. The plain language of R.C. 1345.81(E) provides that failure to obtain the required acknowledgment in connection with a consumer transaction—in this case, the automobile repair—is an unfair and deceptive act or practice.

I agree with the majority that the consumer transaction in this case is not the insurance-policy agreement between Farmers and Dillon. However, once an insurance company undertakes the role of adjuster in a collision repair, there is no justification to shield it from liability under the CSPA for its actions in connection with that consumer transaction merely because it is an insurer. Doing so is unfair to consumers and to the repair facilities and installers that follow the law, and it ignores the intent of the Ohio General Assembly when it enacted the CSPA.

I maintain my disagreement with this court’s holding in Anderson v. Barclay’s Capital Real Estate, Inc. that “consumer transaction” as defined in R.C. 1345.01 is limited to the parties to the transaction and does not include those who provide services closely related to the transaction. The rule in Barclay’s is not relevant in this case, however.

The relevant rule in this case is a statute. R.C. 1345.81 is part of the Consumer Sales Practices Act, and the plain language of the statute requires the insurer (or repair facility or installer) to get an acknowledgement that the consumer knows which parts are non-OEM aftermarket crash parts. In this case, Farmers failed to obtain this acknowledgment and in doing so violated R.C. 1345.81.

When any provider in Ohio provides an estimate for repairs that includes non-OEM parts, it falls under the same statutory standard. This is true irrespective of the fact that the provider of the estimate is also the provider of the insurance policy. The General Assembly has done the work for us in this case. By enacting R.C. 1345.81, it decided that the surreptitious installation of non-OEM parts in the repair process is a prohibited act in Ohio. The General Assembly did not say that it was alright for insurance companies and their agents to engage in prohibited acts. This court’s role is to interpret the law. I dissent.