For New Year’s Day, we presented our 15 top-read stories of 2015. As we all get back to work following the holiday, here’s 15 other useful reports you may have missed last year, along with some editor’s commentary.

Nov. 10, 2015: The 2016 Honda Civic might be a major steel wake-up call for repairers, based on auto body repair information released last week by the OEM. (More)

The article made the Top 20 most-read stories of 2016, and inspired this Top 10 hit Q&A about what the heck you do about those rear frame rails. If you haven’t read our coverage or reviewed Honda’s Civic repair procedures, take a look so your work doesn’t resemble the next Honda “what not to do” presentation. 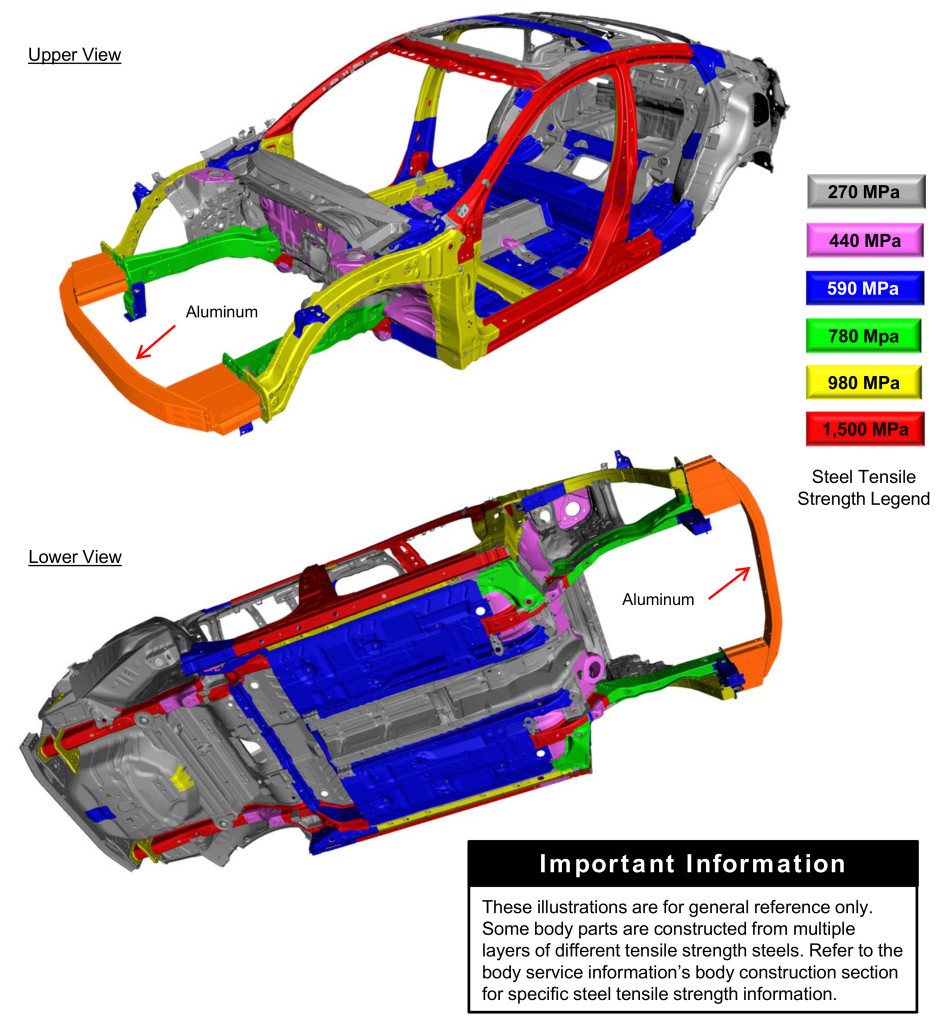 2. You heard it from GEICO: Increasing rates justified by higher expenses

May 4, 2015: If GEICO questions your auto body shop’s increased rates, you’ve got a good counterargument — from GEICO itself.

So there you go. Higher expenses justify charging more; it’s not just the “cost of doing business.” You can’t argue with the “Oracle of Omaha” himself, Berkshire CEO Warren Buffett, who signed off on the 10-Q. (More)

Commentary: This snarky spotlight on GEICO, owned by perhaps the most famous investor in the country, hopefully provided shops with fodder the next time an insurer questioned their fees. GEICO’s parent company and Allstate would repeat this tune during other reports to investors and the feds in other quarterly reports. Keep it in mind when insurers demand you keep rates the same instead of recouping your training and equipment expenses with higher charges.

3. Is that ‘Opt-OE’ part truly OK’d by automaker? Find out how true alternative OEM programs work

Oct. 6, 2015: True Opt-OE components can be a way for OEMs to compete with aftermarket pricing without straying too far from the genuine, new OE part ideal.

Unfortunately, a body shop can’t always be sure they’re even getting the genuine Opt-OE ideal.

To help clear up this confusion, the Society of Collision Repair Specialists earlier this year polled several major automakers about their Opt-OE programs and recently shared their email responses with Repairer Driven News. (More)

Commentary: SCRS did the lion’s share of the work on this one, and hats off to them. See what some of the top OEMs in the country do and don’t offer — regarding “alternative OEM” parts. If a part billed as Opt-OE or surplus OE appears on a procurement search, but the OEM doesn’t actually have a formal Opt-OE program, shops and insurers might want to be wary.

March 24, 2015: The Property Casualty Insurers Association of America has lashed out at Rhode Island collision repairers in a special report earlier this month that blames them for growth in the state’s costs.

The association accuses the Auto Body Association of Rhode Island for 17 laws favorable to collision repairers that it says have driven up the cost of premiums in the state. However, PCI conveniently ignores other data that hurts its case. (More)

Commentary: As the old lies, damned lies, and statistics quote holds, anyone can find or manipulate numbers to justify just about anything. But hopefully repairers — in any state — received a useful counterargument to another side’s case after we took a hard look at some of the PCIAA’s statements about the Rhode Island auto body industry. 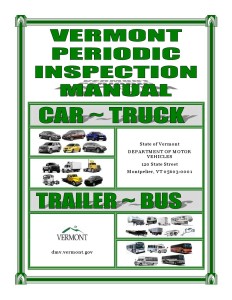 Aug. 28, 2015: The Vermont DMV’s case against a licensed mechanic accused of involuntary manslaughter describes not only how the suspect allegedly failed to keep current with procedures and botched the inspection but how other automotive professionals missed what the DMV depicted as obvious mechanical issues. (More)

Commentary: Regardless of the outcome of the case, the kind of situations described in this article and the subject court filing should scare collision repairers who aren’t making an effort to stay current in their craft or are otherwise not doing quality repairs (whether out of laziness, sloppiness or speed pressure).

The court filing should add to the discussion in the collision repair industry about the potential for body shops who fail to follow OEM guidelines to face liability or criminal charges should their repairs fail. (See expert analysis of that issue as well as recommendations about protecting oneself when ordering parts or joining direct repair programs.)

6. 21 of 51 insurance commissioners have work for insurance industry on resume;

7. Nation’s commissioners have raised more than $2.3M from insurance industry

July 10, 2015: At least 21 of the state and District of Columbia insurance commissioners have direct ties to the insurance industry on their resumes, which while guaranteeing knowledge of their subject also raises the question of how impartially they can regulate their former employers. (More)

July 30, 2015: The insurance industry has given at least nearly $6.88 million to successful insurance commissioner candidates over the past two decades, raising the question of whether a regulator should take hundreds of thousands from the industry they’re charged with regulating. (More)

Commentary: This summer, we took a hard look at the regulators tasked with keeping an eye on insurers to look at potential conflicts of interest. See what ties your state’s insurance commissioner might have to the insurance industry with Nos. 6-7.

Commentary: As more 2015 Ford F-150s hit the market, Society of Collision Repair Specialists Education Committee members Toby Chess and Kye Yeung tested the Collision Industry Conference in April with this quiz. We reprinted it over the summer, and it appeared to be a hit with readers. Check it out if you missed it before. Answers are in a separate post. 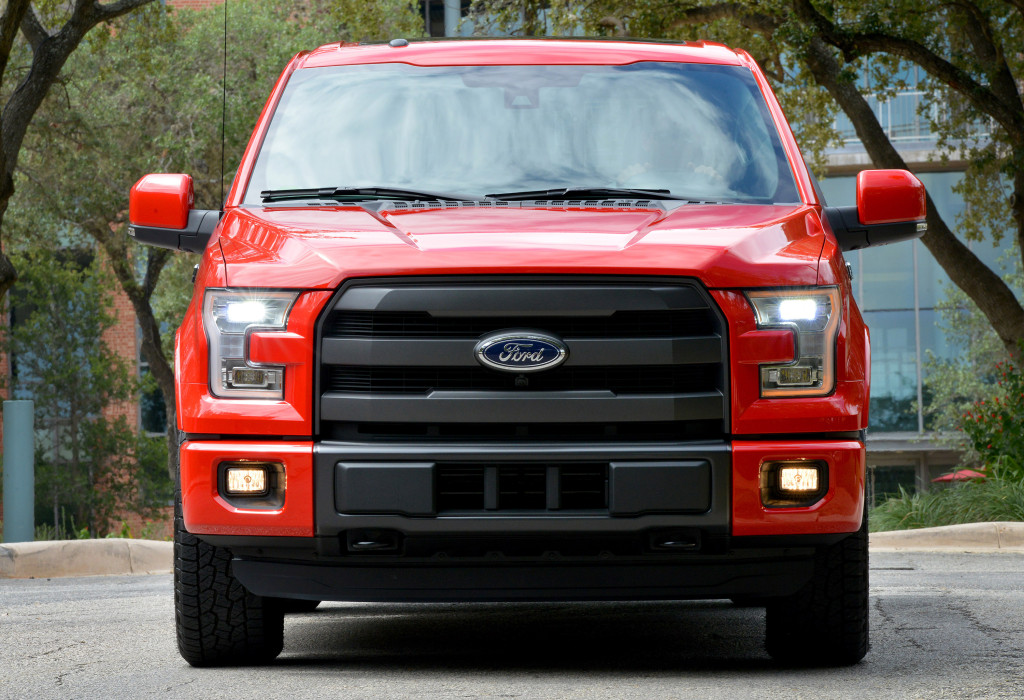 June 18, 2015: Though generally higher-level insurance executives understand the need to calibrate some systems after a collision — and to pay repairers to do so — local adjusters in the field might challenge the procedures, according to one diagnostic expert.

When that happens, it’s good to know what the automakers call for so you can make the case for conducting such OEM-recommended checks on these kind of sensors. (More)

Commentary: Body shops must realize that more complicated modern vehicles require scans and calibration — it’s not just the stuff of mechanic businesses anymore. Unfortunately, even shops that know better and want to follow OEM best practices on the procedures sometimes can’t convince an adjustor of the need. Check out this information from Collision Diagnostic Services and this SEMA scan and calibration panel coverage to help make your case.

July 1, 2015: A study asking 980 shops how often they’re reimbursed for 26 “not-included” procedures found that no major insurer outright rejects them — and yet some shops neglect to even attempt to be paid for them. (More)

Commentary: We often highlight insurers not wanting to pay for items they should reimburse. But sometimes, they’re more than happy (well, maybe not happy…) to pay you for your work — but you didn’t bother to ask (itemize)!

The quarterly joint Collision Advice-Crash Network survey results give shops a great insight into the true state of insurer stinginess (it frequently exists) and DRP and non-DRP shop itemization (it frequently omits). Check out our coverage of this and other Collision Advice-Crash Network surveys, and make it your New Year’s resolution to present your case for what you’re owed.

13. Why a body shop should care about its Yelp presence, and how to manage it for free

15. Anderson: OEM ‘virtual steering’ will be ‘OnStar on steroids’

The body-in-white of the 2016 Honda Civic is shown. (Provided by Honda)

The manual cover for Vermont car inspections is shown. (Provided by Vermont Department of Motor Vehicles)