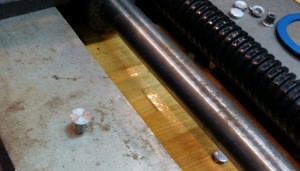 “Today’s vehicle manufacturers are introducing new technologies that are rapidly transforming the collision repair industry,” I-CAR curriculum and product development director Josh McFarlin said in a statement. “I-CAR is committed to helping repair facilities and technicians stay ahead of this ‘Technical Tsunami™’ by providing the most comprehensive instruction and critical skill development opportunities.”

MIG brazing, which allows joining at a lower heat, can be required to repair vehicles with ultra-high-strength steel (typically 781 megapascals or more). It and other high-strength steels weaken when heat is applied, which is why OEMs place so many restrictions on joining and sectioning them.

“The need for technicians trained in MIG brazing is only going to keep growing,” Honda instructional designer Chris Tobie said in a statement. “While MIG brazing is a new technique to some, Honda and Acura have been requiring it for over five years on certain repairs to some of our most popular current models, such as the Accord and MDX. We are pleased to see I-CAR deliver MIG brazing training in a way that technicians can practice and learn right at their own shop and on their own equipment.”

Though higher-strength steels are often found on structural parts, even cosmetic repairs can require MIG brazing.

For example, the 2014-present Acura MDX has connected 270-MPa outer panels to Honda’s 1,500-MPa door rings, according to Tobie. Attaching the panel to the ring in a shop requires about 40 MIG-brazed joints. Spot welding (which Honda does allow on some UHSS parts, including on the MDX) isn’t possible in the space.

Honda first required MIG brazing at the outer-panel level on the 2009 Acura TL, and the OEM has expanded the repair procedures to other vehicles as they undergo full model changes, Tobie said.

“This technique is becoming a requirement for many high-strength steel (HSS) vehicles entering the market, making it a skill that technicians need to know,” I-CAR wrote in a news release. “As a result of taking this course, technicians will have the knowledge and hands-on practice to consistently produce quality MIG brazing repairs.”

Students in “MIG Brazing Hands-On Skills Development” will learn how to MIG-braze plug-on-lap, double-plug-on-lap, open-butt and slot-on-lap joints in vertical and overhead positions on 16- and 22-gauge steel, according to a course description.

Steel and aluminum are fiercely competing for large shares of the lighter, stronger cars of the future, and it’s likely that they’ll win enough individual battles that OEMs design more mixed-materials vehicles.

But as the two metals respond differently to heat and cause corrosion when in contact, physics restricts the number of ways OEMs and collision repairers can connect or reconnect them. And so, rivets are looking pretty good to OEMs.

Rivet bonding, according to I-CAR, “is quickly becoming more common as more vehicles are built using aluminum, steel and mixed materials, such as North America’s best-selling vehicle the 2015 Ford F-150.” So it’s important that technicians learn how to do it in a shop scenario.

Students in “Rivet Bonding Hands-On Skills Development” will receive one-on-one time with the teacher, assemble a rivet-bonded prop kit, and learn how to install self-piercing, blind and solid rivets, according to I-CAR’s news release and course description.

“Rivet bonding requires careful timing and an organized approach making one-on-one coaching with the instructor an important component of the course,” the organization wrote in its news release.

The course will address basic electrical systems, wiring harnesses and best practices and resources for working on Honda and Acura electronics.

Its scope includes “electrical grounds, which are the number one cause of post-collision electrical issues,” according to I-CAR’s course description.

The course also includes a “typical pigtail repair scenario,” “Honda’s position on used and salvaged parts,” and when you might need a dealership’s help, such as “when certain driver support system components require aiming after replacement,” I-CAR wrote.