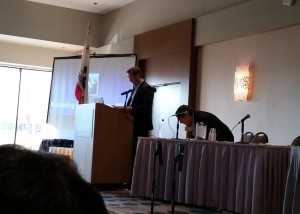 The CIC must attract new voices — including consistent attendance from the top 10 insurers — notice new technology and actually act on the same feedback collected over and over again, the Marketing Committee concluded at the Palm Springs, Calif., forum.

“The audience and the content has not changed for a year,” Questback sales and marketing Vice President Chris Brandl told the CIC while discussing feedback survey responses.

“Without the audience changing, we’re making the same deals with the same people,” Brandl said.

Even the tremendous amount of feedback collected — like any data — was wasted if nobody acted upon it.

“We must close the loop with feedback,” Brandl said. Otherwise, you risk an “uninvolved and unengaged” audience.

Finally, there is a “imperative” to move away from the “granular topics” being discussed and branch into cutting-edge industry disruptions, Brandl said. 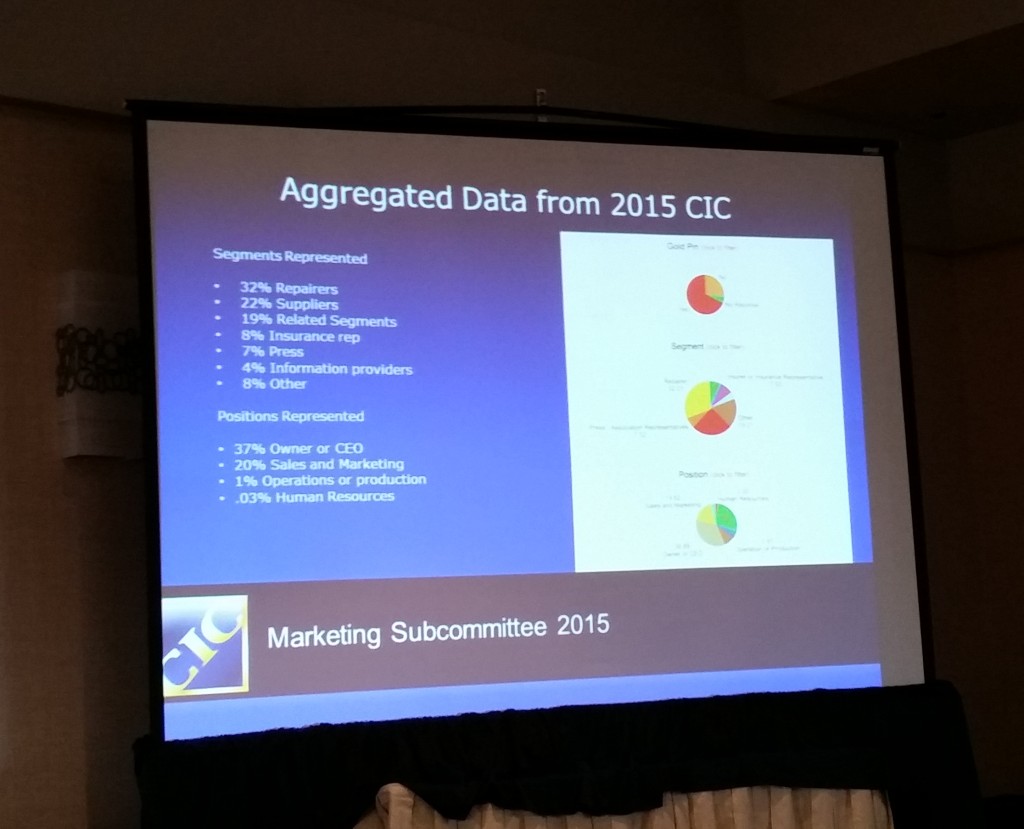 He recalled attending a big data conference organized for the insurance industry, which proved to be “very much a thought leader type of conference” and very “thought-provoking” — an example of keeping an eye on the future.

Not only were USAA, State Farm, Allstate, and Berkshire Hathaway (GEICO) represented, but so were IBM and Samsung.

“You got Samsung at an insurance conference,” Brandl said.

Insurance companies are investing in startups for the Internet of Things world, and much of the IoT conference was spent in collaboration with third parties, according to Brandl.

The collision repair industry must likewise discuss the impact of technology such as self-driving cars, he argued. For as his recent visit to the Consumer Electronics Conference proved, OEMs are making tremendous leaps that will affect the models coming — or not coming — to shops in the future.

Outside of drones, “the automotive industry made perhaps the biggest noise” at CES, Brandl said.

Consumer electronics and automotive, “are now connected at the hip,” he said.

Among the highlights worth collision repairer attention, according to Brandl:

“(Agent) will be in every car that Toyota produces in a short amount of time,” Brandl said.

There’s also Ford’s 360-degree technology for collision avoidance, which looks a little goofy (though the new PUCK versions aren’t so bad) but you can get it for “less than a thousand dollars,” he said.

Mobileye can recognize its surroundings and crash threats. Or you can skip driving altogether with a personal drone for $300,000, according to Brandl.

“All of these advances in technology have serious implications for our business,” he said.

Featured images: “The audience and the content has not changed for a year,” Questback sales and marketing Vice President Chris Brandl, at podium, told the CIC on Thursday while discussing feedback survey responses. (John Huetter/Repairer Driven News)