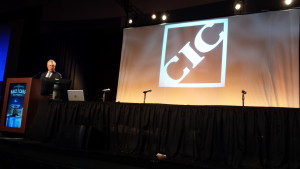 Following criticism and concerns over a “Class A” auto body shop definition revamp, the Collision Industry Conference will vote in April over whether the CIC should get out of the shop classification business altogether.

The most recent draft of a minimum set of requirements for cosmetic, general structural and advanced-materials structural repairers, all which would be called “Class A” was finished Jan. 11, according to a time stamp, and it’s unclear how many conference attendees had seen it. This lack of preparation as well as confusion and debate over the semantics of proposed votes — including an attempt to do the “scrap it and the obsolete 2013 version” or “keep but refine the 2016 version” vote Thursday — led to the decision to wait and settle the matter at the Seattle CIC.

CIC members will receive a copy of the draft Class A language and a copy of ballot language so they’re better prepared for the Seattle forum and its vote can (hopefully) go more smoothly.

Hendler, also the executive director of the Washington Metropolitan Auto Body Association, said the survey was emailed to 1,700 CIC contacts. Only 25 people filled it out.

Of those, half said to scrap the definition altogether, according to Hendler.

“There are also people who are for this,” CIC Chairman Randy Stabler said.