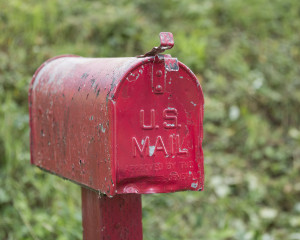 Nationwide said Friday that a notice sent out to direct repair program shops that the insurer would no longer reissue stolen checks was a mistake and not the company’s policy.

“This communication was unauthorized and does not accurately reflect Nationwide’s practices,” Nationwide public relations consultant Alison Emery wrote in an email Friday. “We appreciate you bringing this to our attention.”

We’d reached out to Nationwide to learn more about the supposed policy after being forwarded an item warning “On Your Side” Network repairers of a rash of stolen and altered checks. Lock your mailboxes, it urged, because we won’t reissue those purloined checks anymore.

I am sending you this note to make you aware of a growing problem in our industry you may not be aware of.

Our OYSARN Processing Team has been receiving calls from our OYSARN partners across the country stating they never received payment.

The long and the short of it is we discovered that someone is stealing the mail out of the body shop mailbox, altering the check and cashing it.

If your locations do not have locked mail boxes, I would suggest they do so.

I also wanted to let you know that Nationwide has decided to no longer reissue payment on stolen checks to the organization/shop.

In other words, any location that has a check stolen will not be reimbursed for it and will be expected to be held accountable for the repairs.

So Nationwide was on your side with this one, folks.

Still — and we recognize we sound like the most boring public service announcement PSA ever recorded — mailbox security is still worth taking seriously.

The U.S. Postal Service reported 2,048 convictions for mail theft and 97,000 and 304,693 complaints from customers and a combination of major mailers/the change of address database, respectively, in the 2015 fiscal year. Only 1,400 cases were actually initiated to produce those 2,048 convictions, but that doesn’t mean all of the other complaints were invalid.

So lock up your mailbox. Besides Nationwide and other insurers’ checks, you’ve got customer and shop personal information in there — and it can be easy to steal not only the mail but the identities inside as well.

Obviously, the thief deserves the blame, not the victim, for stealing mail and identities, but that doesn’t mean you have to make it easy for them.