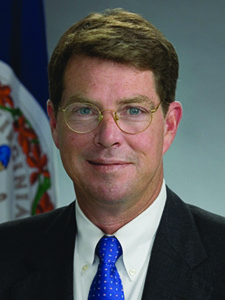 Insurers and collision repairers have agreed on a new draft of a Virginia bill incorporating photo-driven appraisals into the auto body claims process.

The original draft of Senate Bill 193 allowed a repairer or insurer to develop an initial appraisal based on photos — and possibly use it as the final appraisal. It was unclear if any insurer representative still had to personally visit the car, as the law currently requires. Customers are not required to submit photos, though it’s unclear if an insurer could still have someone else shoot the photos (a willing DRP shop, perhaps) even if a customer wanted a personal inspection:

“Notwithstanding the requirement that an appraisal be based upon a personal inspection, the repair facility or the insurer making the appraisal may prepare an initial, which may be the final, repair appraisal on an automobile that has been damaged as a result of a covered loss either from the representative’s personal inspection of the vehicle or from photographs, videos, or electronically transmitted digital imagery of the automobile; however, no insurer may require an owner of an automobile to submit photographs, videos, or electronically transmitted digital imagery as a condition of an appraisal,” the bill and the identical House Bill 870 stated.

The new draft keeps all of this language but also requires that in the case of a disputed supplement, the insurer must physically visit the shop and look over the issue with the repairer.

Originally, the insurance lobbyist had proposed “in the case of disputed repairs, a personal inspection may be required.” (Emphasis added.) Hendler requested and received “is” instead of the loopholey “may be.”

“The senator’s in agreement if we’re in agreement,” Hendler said. She said Stuart would pass the language on to House sponsor Delegate Timothy Hugo, R-Fairfax County, Prince William County.

Though caught-in-the middle disputes between a customer’s insurer and collision repairer might have been reduced by the change in language, there’s still the potential for the photo appraisals to screw the customer.

“Unfortunately, there’s no consumer protection in here,” Hendler noted. An insurer might desk-review the photos from a collision scene, offer a settlement amount, and a consumer might take it — not knowing that nearly all of the time there’s more damage than that indicated by the photos.