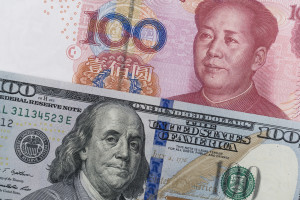 Economic indicators abroad can affect how likely you are to find a recycled collision repair part in the U.S. and how much insurers selling totaled vehicles for salvage will collect, an industry analyst said Tuesday.

“That was the biggest market,” he said.

Insurers face a “big decrease” in salvage revenue, according to Horn. “The bottom has really dropped out,” he said.

However, salvage prices might increase again if Chinese and underdeveloped economies rebound against the dollar, he said.

Asked if such factors meant more recycled parts parts in America, Horn called it “a great conclusion to make”

Perhaps because of this, Canadians weren’t offsetting fewer average OEM parts with more aftermarket ones the way they have been in the U.S., based on Mitchell’s data.

Another potential future salvage factor: Cars using more advanced materials might mean the rebuilding potential “just won’t be there,” according to Horn.

For example, the 2016 Honda Civic’s ultra-high-strength steel rails can’t be sectioned, only replaced at factory seams. So trying to rebuild a totaled model safely could be impossible.

As for the remanufacturing industry, Horn noted that collision repair demand had predominantly been reduced to alloy wheels in the U.S. (In Canada, it was “almost 100 percent” wheels,” he said.)  After all, anyone needing a bumper could just buy an aftermarket one instead of getting a remanufactured part, he said.

Mitchell U.S. estimates saw an average of 0.31 remanufactured parts in the fourth quarter of 2015.

“It is really reduced as a parts category overall,” Horn said.

However, the larger diameters on newer wheels would put upward pressure on remanufactured parts prices, he observed.