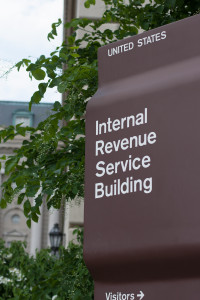 Editor’s note: From time to time, Repairer Driven News features pieces by prolific national columnist Gene Marks. While despite not being directly related to collision repair, they should still prove valuable to the small-business owners and employees which make up much of the industry. Here’s a look at 2016 candidate tax plans’ and their effects of small-business owners, originally published in Fox Business.

There’s no question that all three Republican candidates for the 2016 nomination are proposing lower taxes for businesses than their Democratic opponents. But the devil may indeed be in the details. Let’s look at the four key rates that affect companies like mine.

The current corporate tax rate is 35 percent. Donald Trump wants to reduce this rate to 15 percentincluding “S-Corp” income (which is most popular among small businesses and currently taxed at ordinary rates). Ted Cruz wants to replace all payroll and corporate taxes with a 16 percent“business transfer tax” (similar to the Value Added Tax system used by many European countries). John Kasich would lower the corporate tax rate to 25 percent. Neither of the Democratic candidates have proposed a reduction in the corporate rate. All of the candidates want to tax companies with offshore earnings.

The current top personal tax rate is 39.6 percent. Trump wants the top tax rate to be 25 percent, and Kasich wants 28 percent. Cruz’s “flat tax” proposal maxes out at 10 percent. Hillary Clinton would keep the rate the same and is urging a “surcharge” on wealthy earners, and Bernie Sanders would increase the top tax rate to 52 percent. The candidates all support “simplifying” the code (of course) and changing some deductions and exemptions.

The current capital gains rate is 20 percent. Trump wants to reduce the rate, depending on income level, to zero. Cruz would include this rate under his 10 percent flat tax and Kasich would reduce it to 15 percent. Clinton wants a higher tax on certain investment income, and Sanders wants capital gains to be taxed at the same level as ordinary income.

Finally, there are estate taxes. Currently the rate is 40 percent on assets over $5.5 million. Both Clinton and Sanders want to reduce the asset ceiling to $3.5 million and increase the tax rate to 45 percent and 65 percent, respectively. All three Republican candidates want to eliminate the estate tax altogether.

As a small business owner, the taxes I pay are enormous. About 30 percent of my income goes to the federal government. Another 4 percent goes to the city of Philadelphia and 3 percent to the Commonwealth of Pennsylvania. And that doesn’t include property, school and sales taxes. Or tolls, licenses, permits, tariffs, franchise fees and all the other baked-in taxes that I pay whenever I buy a bottle of wine, board an airplane or stay in a hotel.

So when a Presidential candidate says he or she will reduce our taxes, most small business owners are all ears. Yes, it is true that all three of the remaining Republican candidates in the race for the GOP nomination are proposing just such a thing. The two Democratic candidates are not. So does that mean the decision is a slam dunk? Just vote Republican? It would be for me — except for one thing: We’re still missing too much information.

The Tax Foundation, an independent tax policy research organization, has made its best predictions as to whose plan would be best for the economy. Cruz wins here.  (Editor’s note: Incomplete information for modeling kept Kasich out of the analysis, according to the Tax Foundation, but readers can at least see the think tank’s compilation of his proposal data here.)

According to their calculations, Cruz’s “flat” and “transfer” taxes would increase GDP by 13.9 percent over the next 10 years and provide a 43.9 percent capital investment income growth. Trump is not so far behind.

According to the analysis, both Clinton and Sanders would cause a contraction in economic growth over this time period. On the other hand, Clinton and Sanders’ plans would add revenues to the federal government during this period where their opponents would leave shortfalls of up to $10 trillion (in Trump’s case).

And these are just forecasts made by one organization. Of course, there are others, all with different conclusions. As we all know, economic forecasts are never entirely reliable.

But even assuming that the Tax Foundation’s numbers come to pass, there’s still too much information missing to determine who has the best tax plan. Yes, we’ve heard about the revenues. But what about the expenses? I’ve never read a profit-and-loss statement with only revenues included. So where’s my complete P&L?

When anyone in business proposes a change to their company’s business — a big investment, a new product line, a change in model — there are projections. We don’t just budget the good stuff (the hoped-for revenues) but we also include the not-so-good stuff (the costs). Politicians are experts at highlighting the “good” and downplaying the “bad.”

Tax decreases are good. But a $19 trillion national debt and projected trillion-dollar deficits over the next decade are bad. Saying that you’re going to “clean up government” and “get rid of waste” isn’t good enough. Business people need more information than that. We like to know both sides of the story: the revenue coming in and the costs going out.

Just because Clinton’s and Sanders’ plans will increase revenues to the government over the next 10 years, what exactly will they be spending? And if Cruz’s and Trump’s plans are going to create a hole in Federal revenue inlays, where will the expenses be correspondingly reduced?

All of these are the kinds of questions any manager or business owner would ask of someone preparing a business plan or projected income statement. And if there aren’t satisfactory answers to those questions, then most would conclude it’s not a very good plan, regardless of how rosy things seem on one side.

So yes, I think I can speak for most small business owners as we file our 2015 tax returns that I would definitely welcome lower tax rates in 2016. But who has the best tax plan? As I see it, the jury is still out — awaiting more information.