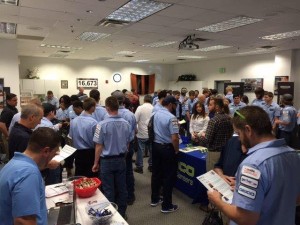 Editor’s note: From time to time, Repairer Driven News features pieces by prolific national columnist Gene Marks. While despite not being directly related to collision repair, they should still prove valuable to the small-business owners and employees which make up much of the industry. Here’s a look at hiring and keeping Millennials — an issue important to collision repair industry owners and current and future technicians — originally published in Inc.

“So tell me,” the 26-year-old man asked the 52-year-old business owner during a recent interview. “What exactly is your policy on Millennials?”

This was an actual question asked by an actual interviewee. A “policy on Millennials.”

The business owner’s actual answer? “Oh, we just shoot them whenever we can.”

That story was told to me by a friend, a guy who owns a firm that distributes industrial equipment. The average age of today’s business owner, according to a 2007 Experian report, is 51.7 years old. To us, the Millennial generation is a mystery. They don’t seem to work as hard. They have more demands. They appear too entitled. At least that’s what I hear from my many friends and clients who run businesses.

But here’s the reality. Millennials (defined as those aged 18 to 34 years old) are the new bosses. Sure, most of them are not running businesses yet. But, according to a White House report, they represent almost half of the U.S. workforce and are predicted to make up 75 percent of all employees by 2030. This generation is more college-educated and more technologically savvy than any generation before.

And of course they work hard; they just work differently. Which means that if you want to grow your business, these are the people that will be your backbone. So you better accept that and learn how to find the best of them. And to hire the best of them, you don’t need to have a “policy on Millennials.” But you’ll need to make sure you’re doing the following:

Put all of your personal beliefs aside

No one cares about your politics, your religion and your opinions about other cultures. You can have those beliefs, of course. But if you want to hire a Millennial, you better be prepared to put those opinions aside.

Millennials are not only more diverse, but they’re proud of it. They generally do not wear suit and ties. Many of them have tattoos, nose rings and unique haircuts. 15 percent of them are from other countries, the highest proportion since the turn of the 20th century. And a growing percentage are LGBTQ and are proud of it. These are talented people who will contribute a great amount of value to your organization as long as you’re willing to accept them for who they are and not for what you think they should be.

You are not Don Draper, and this is not “Mad Men.” You are not going to make stupid comments about sex, race or cultures like you used to 20 years ago. It may have been funny then (unlikely, by the way), but it’s definitely not funny now.

Everyone gets treated the same. People get offended very easily today, and from what I’ve seen, many of them have a right to be offended. Even something innocently said could lead to a lawsuit. But worse, it could lose you a valuable employee who feels uncomfortable working in an environment that seems racist or discriminatory. Behave.

In one 2015 EY study featured in the Los Angeles Times, almost two-thirds of Millennials said they would prefer more flexibility in their job over higher compensation. Millennials get it. You don’t live to work. You work to live. Work is just a part of a balanced, happy life.

While many yearn to be entrepreneurs, a large percentage are held back due to college debts and fewer opportunities. But that doesn’t mean that they can’t be independent. You should allow your people to work from home, on the road and on the go. You must have a competitive paid time off policy. You can have “trial periods” to make sure an employee has the right attitude to work away from the office. But keeping your workforce flexible and mobile will attract more people who want more freedom in their lives. The good news is that there’s plenty of technology around to help you. (Editor’s note: Working from home probably isn’t an option for an employee who’s supposed to be welding or refinishing a car. But perhaps there’s other flexibility a collision repairer could offer or tech could seek.) So invest in good technology

The Millennials have grown up in a world of cloud-based systems, social media and mobile apps that are installed on demand and work well most of the time. They live on their smartphones and mobile devices.

They expect instant retrieval of data and to be able to communicate with others in a myriad of ways. They are being served up applications that look and feel new and cool. And they expect to access these applications wherever they are and for them to perform 99.9 percent of the time. That’s their experience.

And if you’re still using older, out-of-date hardware and software that doesn’t deliver this kind of experience you’re going to find yourself losing good candidates to companies that do.

The Millennial generation has grown up in an era of political correctness, fearful parents, regulations and laws against things that were once considered perfectly acceptable. They have been told not to drive after having two drinks, not to go through airport security with more than two ounces of liquid and not to say things that could offend others. These are people used to rules.

Your employee handbook will need to have more rules than ever. What is your policy on workplace bullying? LGBTQ rights? Discrimination against pregnant workers? Domestic abuse? Marijuana? Texting while driving during work hours? Vape cigarettes? Yes, the list gets larger because everyone has their agenda. But this is what is expected by the Millennial generation, so deal with it. Be prepared to address these issues not just with a policy but with a procedure for how a violation is dealt with.

Don’t complain about the Millennial generation. Don’t be that person who starts a sentence with “In my day” or “I never used to” No one cares. Your day is soon coming to an end. This is a new day for a new generation. And the smartest business owners will quickly accept this fact and adjust. In return, they will be able to hire the best people possible to grow their companies.

This column originally appeared in Inc. Clarification: An earlier version of the column described an Experian study as “recent”; we’ve updated the column to reflect it dates back to 2007.

Some results on Millennials from a 2015 EY workforce study. (Provided by EY)