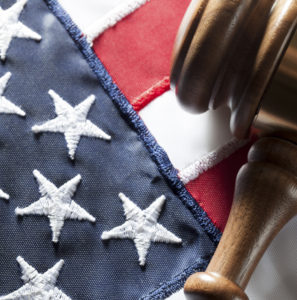 The Indiana, Mississippi, Louisiana, Tennessee and Utah shops and an Indiana trade group had presented statements from one or two insurance insiders, one or both of which (depending on timing) hadn’t been available at the time their respective lawsuits were filed.

Given that evidence and other arguments Middle District of Florida Judge Gregory Presnell might have missed, the plaintiffs urged to reconsider killing off for good their Sherman Act antitrust and boycott allegations against insurers like State Farm, GEICO, Allstate, Progressive and USAA.

“Specifically, Plaintiffs obtained a statement from a Progressive employee who stated unequivocally that body shops have no say in the setting of their own labor rates, that the insurance companies ‘get together at big meetings’ to set body shop labor rates, and that the insurance companies uniformly apply the labor rates agreed upon at these meetings. This representative even identified when the next such meeting was going to occur.

“Plaintiffs additionally obtained a statement from a State Farm representative who stated State Farm intentionally suppresses and fixes body shop labor rates, and that State Farm’s labor rate survey is a sham to justify its intentional fixing of labor rates.”

However, Presnell was unmoved, questioning why the shops had waited until now to amend their lawsuits. The defendant insurers made the same point when opposing the motion for reconsideration, while also acknowledging. “Defendants would likely have objected to attempts to amend this previously amended complaint yet again in 2016.”

“As noted above, to justify reconsideration based on newly discovered evidence, a party must make some showing that the evidence was previously unavailable,” Presnell wrote Thursday. “The Plaintiffs here have made no such showing. The closest they come is a statement that the new evidence was unavailable at the time their Second Amended Complaint was filed. However, the Second Amended Complaint was filed on March 21, 2015, while the Order was not entered until nearly a year later – on February 22, 2016. The Plaintiffs offer no explanation for their failure to bring this information before the Court during that time.”

But besides the insurers’ likely challenge, it seems as though this proposed amendment might have run the risk of irritating a judge who’s expressed displeasure at the presentation of some of the collision repair lawsuits. In his terminal dismissal of the antitrust allegations in Capitol, Presnell wrote, “This is the Plaintiffs’ third attempt to state an antitrust claim. Based upon a review of the pleadings in this and the other 20-odd consolidated cases – the vast majority of which share the same shortcomings – the Court finds that giving the Plaintiffs another opportunity to state a claim would be an exercise in futility.” 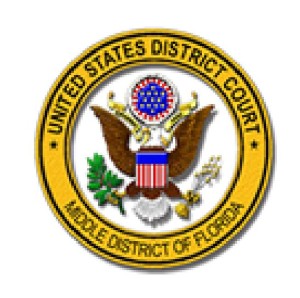 Presnell also wrote that the new evidence didn’t meet the level necessary for a stop-the-presses-type motion to reconsider, calling it “vague.”

“These vague assertions do not add any weight to the Plaintiffs’ existing allegations. Among other shortcomings, the statements do not identify any Defendants (aside from, presumably, Progressive and State Farm) that allegedly participated in the agreement to fix prices, or even what states the agreement covered,” Presnell wrote. The speakers who made the statements are not identified – even by job title – and thus there is no basis for a determination that either statement was made by someone with actual knowledge of the underlying facts. And the statements obviously have not been reduced to an admissible form.”

In a case like Capitol which lacked both alleged insurer statements in the lawsuit itself, Presnell’s argument about motion-for-reconsider evidence might make more sense.

But in a case like Utah’s Alpine Straightening Systems et al v. State Farm et al, in which plaintiffs’ lawsuit included comments from the State Farm employee but lacked the statement from the Progressive staffer, Presnell’s disparagement of the evidence seems more controversial.

“Finally, the Plaintiffs complain that the Order omitted consideration of the so-called ‘admission’ from a State Farm employee, discussed supra,” Presnell wrote in his Thursday Alpine order. “As detailed above, the State Farm employee’s statement was too insubstantial to merit consideration in the Order; indeed, the ‘admission’ was not discussed by the Plaintiffs in their 30-page Omnibus Response (Doc. 111) to the motions to dismiss.”

In any case, “Even when combined with a similarly vague statement from a State Farm employee that was included in the Second Amended Complaint, this ‘direct evidence’ is not enough to plausibly suggest that the Defendants entered into an agreement to fix prices,” Presnell wrote.

Shops have in related cases have appealed to the Eleventh Circuit that Presnell has applied too harsh a standard to the pleading phase of a case. He’s attempting to try the case now, rather than apply the laxer federal guidelines used in the initial stage of litigation, the shops’ attorneys have argued.

“The district court erred repeatedly in failing to abide by the required standard of pleading,” one appellate brief states. “It consistently adopted Appellees’ arguments contrary to the factual allegations of the complaint, disregarded facts and otherwise failed to cloak the complaints with the acceptance of truth provided by in law on a motion to dismiss. The district court repeatedly amended, altered and otherwise failed to faithfully apply the law of the states. Had the proper analyses been conducted, the dismissals would not have been granted.”

In fact, in Price’s Collision Center v. Progressive — originally consolidated with the others in Presnell’s court before being kicked back to a Tennessee U.S. District Court — Tennessee federal Judge Kevin Sharp cited legal precedents for courts to err on the side of plaintiffs when determining the standard for pleading (suing).

One was Rondigo v. Township of Richmond, which held, “Under Rule 12(b)(6), the complaint is viewed in the light most favorable to plaintiffs, the allegations in the complaint are accepted as true, and all reasonable inferences are drawn in favor of plaintiffs.”

Another was Arista Records v. Doe 3, which found “the (Bell Atlantic Corp. v. Twombly) plausibility standard, which applies to all civil actions, does not prevent a plaintiff from ‘pleading facts alleged “upon information and belief” ‘ where the facts are peculiarly within the possession and control of the defendant or where the belief is based on factual information that makes the inference of culpability plausible.”

“This is an area of law which has experienced substantial confusion at the district court level and does not appear to have been fully addressed by this Court,” collision repairer attorneys wrote to the Eleventh Circuit. “As an issue of unsettled impression within this Circuit, Appellants believe oral argument would be helpful to resolution.”