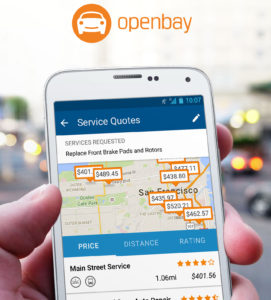 A new Allstate partnership with online mechanic-finder service Openbay won’t be used in claims or give policyholders AAA-type discounts, the insurer confirmed Wednesday.

Rather, it just makes Allstate customer-facing offerings like its website, mobile app and Drivewise app better portals with another “feather in our cap,” spokesman Justin Herndon said.

“There is not any added bonus,” spokesman Justin Herndon said. “… For us, its another feature for our customers.”

It wouldn’t be used by Allstate as a means of finding a mechanical repair subcontractor in collision repair work, nor would it be used directly in the insurer’s roadside assistance program. (The latter only provides towing and basic at-scene services like changing a flat or lockouts anyway.)

“It’s not claims at all,” Herndon said.

But if your car conks out on the side of the road and the roadside assistance employee can’t fix it, then a customer could obviously turn to Openbay via Allstate to find a competitively priced mechanic or Allstate Dealer Agency partner which can get the vehicle in quickly, Herndon noted. 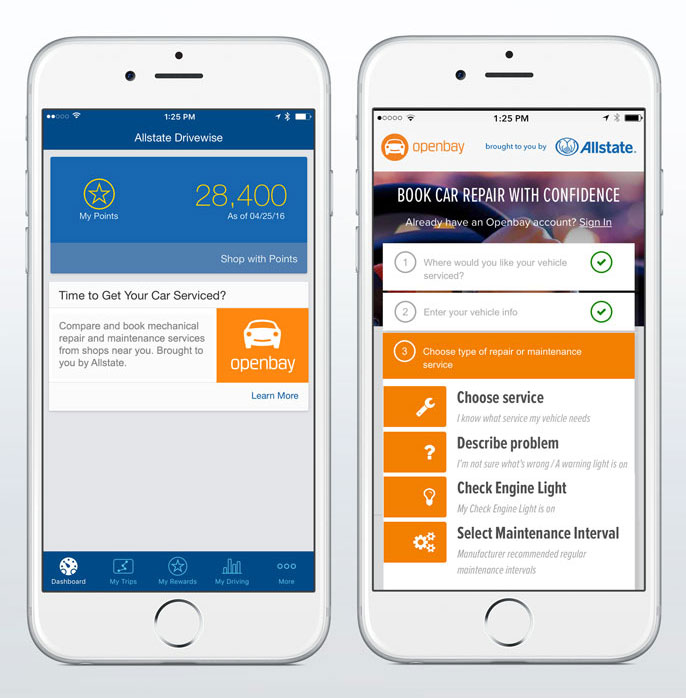 “Well maintained vehicles make the road safer for everyone. Consumers consistently indicate that identifying a quality auto-repair facility is a major pain point, which may serve as a deterrent to regular maintenance and repairs. Integrating with Openbay enables Allstate to ease the burden of comparing and booking vehicle service,” Allstate connected car President Gary Hallgren said in a statement. “This is another example of services we’re delivering that go beyond what people might expect to receive from an insurance company. Through our mobile apps, customers can also access helpful resources such as information on vehicle recalls, where to find low gas prices in the area and parking reminders.”

Openbay states specifically that it doesn’t provide collision services, so in general, it’s not another direct disruptor the auto body industry needs to adapt around.

However, Openbay’s apparent success makes it a model to watch for better understanding of modern automotive customer service.

For mechanics, it most definitely is a disruptor: CEO Rob Infantino told the Boston Globe in February the company launched in 2013 had 24,000 shops on its platform, “and more and more vehicle owners are signing up every day.” 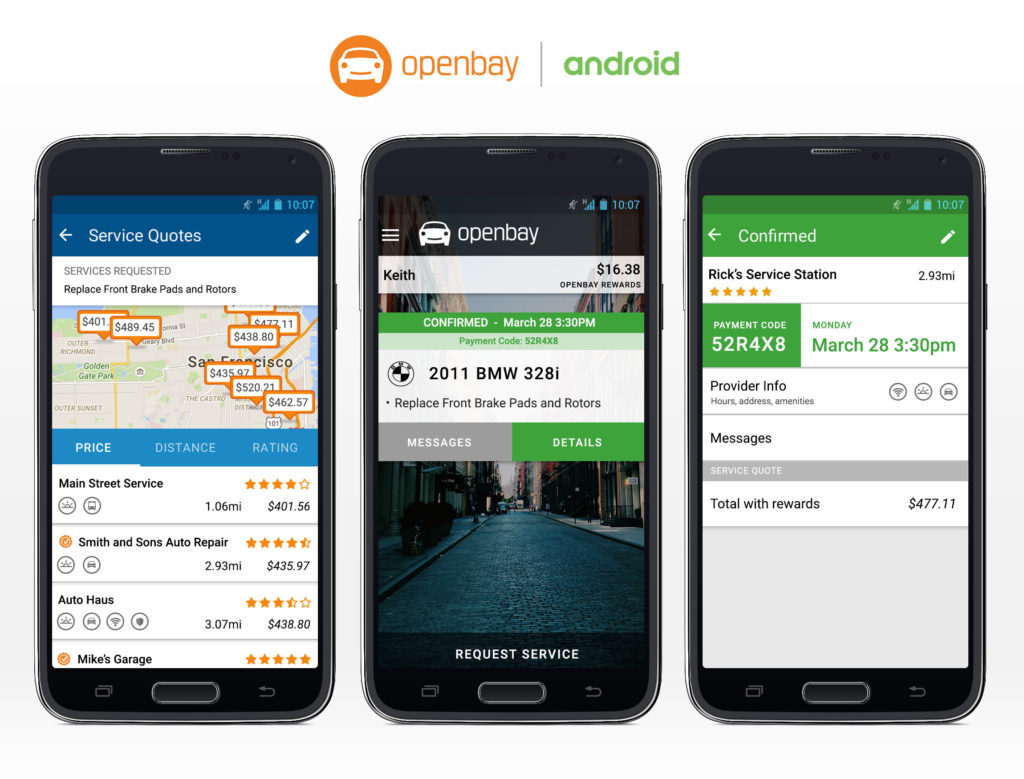 Openbay charges what it calls a “nominal” 13 percent of a repair, but mechanical service and repair partners get advertising; reviews (for good or ill); the chance to bid for work automatically, even outside normal business hours; freedom to pick jobs; and Openbay handling billing. (Customers pay Openbay, which releases the money when the customer approves the finished repair/service.)

“Commoditized pricing in the auto repair space is not the end goal,” Openbay writes (emphasis Openbay’s).

“When it comes to auto repair, consumers want peace of mind knowing that they made the right choice. Openbay tries to facilitate this by providing the consumer as much detail as possible about each shop in their area so they can make an informed decision.”

Intriguingly, 70 percent of Openbay users don’t pick the cheapest service/repair bid, according to the company. Openbay says proximity and reviews are the top considerations. 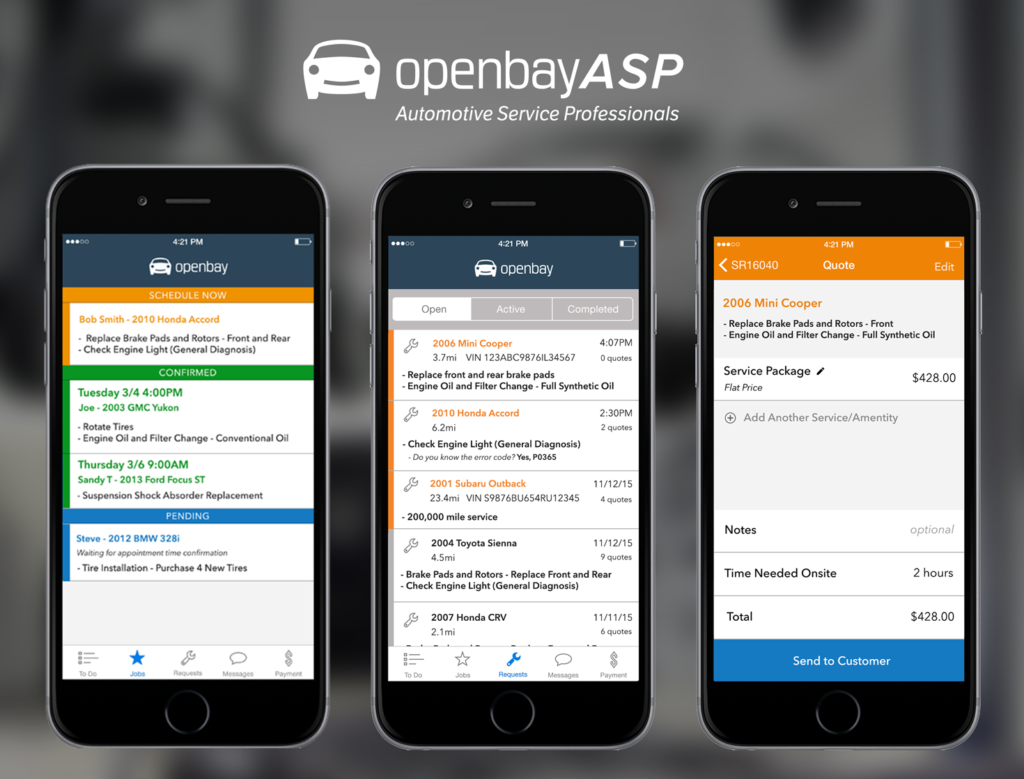 With an estimated 30 percent of collision repair work (Theoretically, $11.7 billion of a $39 billion industry, based on February IBIS data.) not insurer-reimbursed, there’s certainly a business case to be made for collision repairers competing as they do on Openbay. Out-of-pocket collision repair customers probably don’t want to call multiple body shops for quotes and availability either.

There’s also a business case for someone to be an Openbay-type clearinghouse for this competition. In case you were wondering, a 13 percent cut of our hypothetical $11.7 billion would yield $1.52 billion in revenue.

DTCs for the rest of us

One Openbay offering does speak to a larger collision industry disruptor — the ability for your car itself to tell you what’s wrong with it.

Openbay’s app can be connected to an OBD-II reader or directly with a connected’ car’s “infotainment” system” to deliver alerts when the car throws a diagnostic trouble code.

“When a vehicle experiences a problem, OpenbayConnect wirelessly gathers and analyzes vehicle diagnostic data,” a March 2015 Openbay news release states. “The data is then analyzed, translated from trouble codes into plain language, and, if the issue warrants an immediate service, the information is delivered to local auto repair shops all via the Openbay platform – all without human intervention. Those shops assess the data and may respond with an offer to complete the service, along with a binding price.” 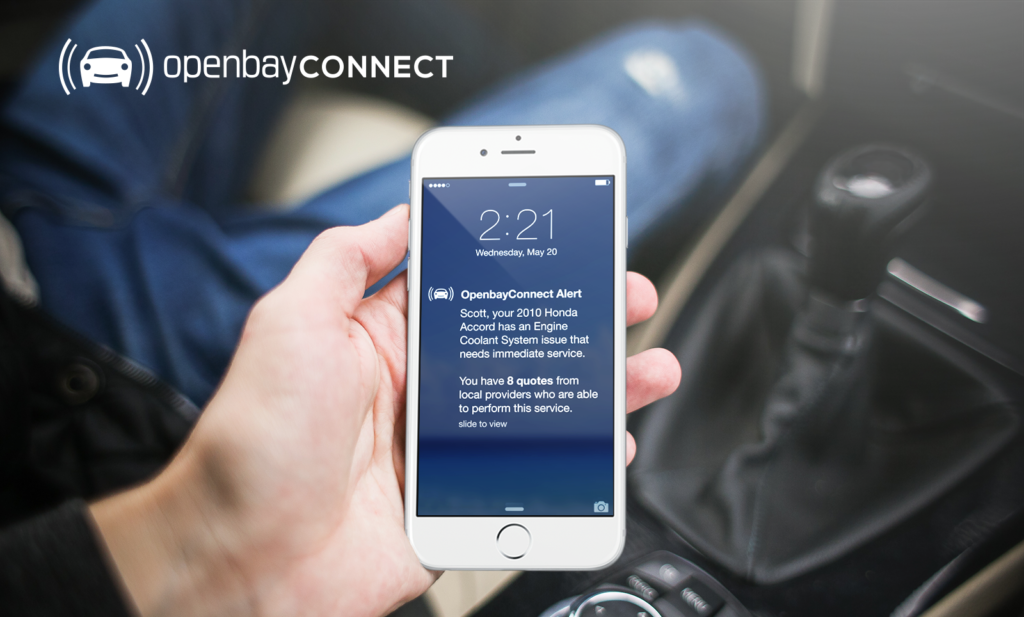 An OEM could easily offer the same “plain language” explanation of codes into an infotainment system (if one hasn’t already) as a service to its customers and as a way to pitch dealership service centers or OEM certified repairers.

In fact, here’s a poster on a Mazda3Revolution board describing how they apparently accessed their own Mazda own trouble codes through an infotainment system. Also, General Motors announced this month OnStar would alert some Chevrolet drivers specifically about complications with the fuel pump, battery and starter.

You probably don’t even need to translate the codes as GM and Openbay are doing — if the average driver sees the word “trouble,” they’re going to get the gist.

Of course, any outlet receiving DTCs must be really sure the connection is only one-way — as FCA learned to its dismay in the Wired “Jeep hack.”

There’s obviously potential business in handling those codes and any collision-related work or calibration tied to them. But there’s another major implication for mechanical and collision repairers as well. 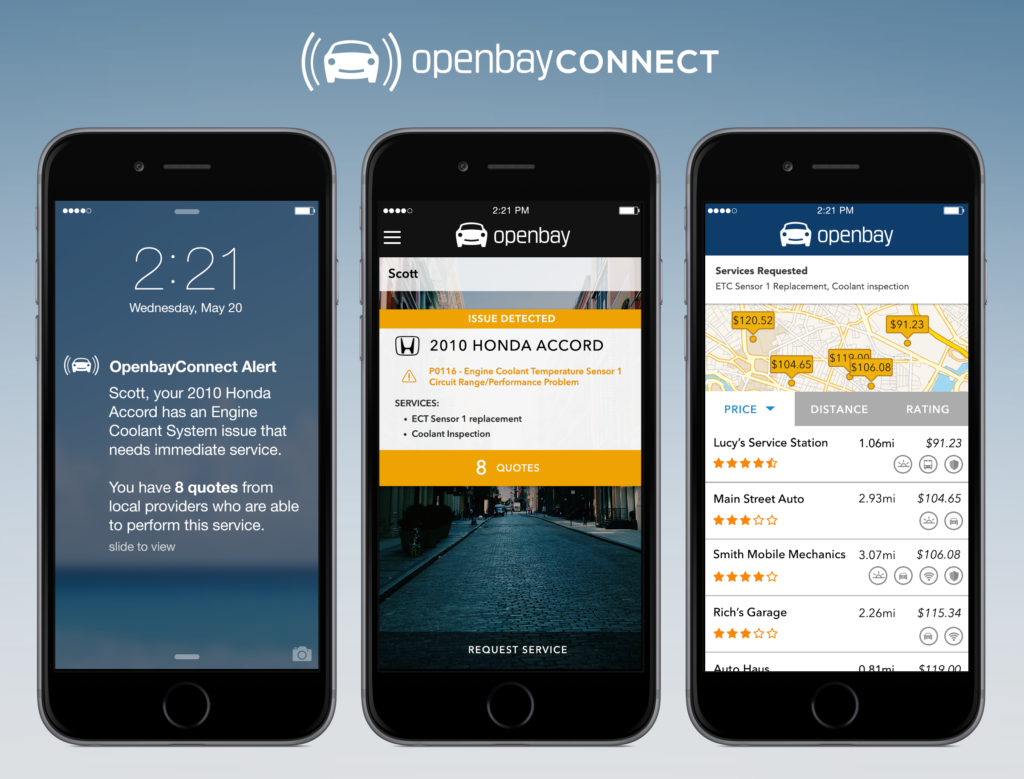 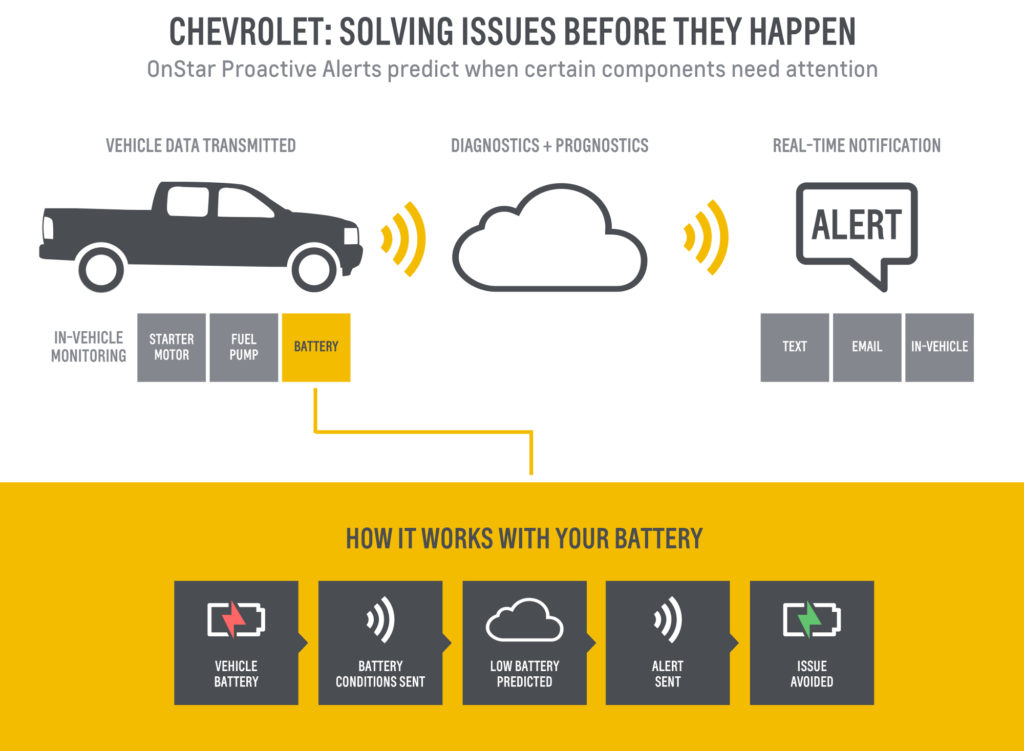 For body shops which don’t perform pre- and post-scans — and experts indicate some, if not many, might be relying on the dash light instead — the existence of such DTC notifications to a driver means you’d better have addressed all the hidden vehicle issues.

Otherwise, the car itself is going to rat you out for the incomplete work.

Sample screenshots from the Openbay-Allstate integration. (Provided by Openbay)

Sample screenshots of Openbay for a service professional. (Provided by Openbay)

General Motors announced in May OnStar would alert some Chevrolet drivers specifically about complications with the fuel pump, battery and starter. (Provided by Chevrolet/© General Motors)