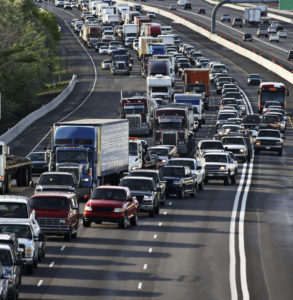 Caliber supply chain/procurement Vice President David Smith predicted 1,500 shops worldwide, 20,000 suppliers and more than $6 billion in revenue by 2020 — up from $1.75 billion and more than 400 locations today, according to bodyshop and the IBIS feed.

In 2010, the company had 68 shops and did $280 million, according to the British trade publication.

It was unclear from the piece and the International Bodyshop Industry Symposium’s Twitter coverage how many of the 1,500 shops — if any — would be located outside of the U.S.

Bodyshop magazine described Smith as “coy on a move into European markets, saying there was still ‘plenty of runway’ left in America.”

Outgoing ABRA CEO Duane Rouse, who grew that company from less than $300 million and 98 shops in 2011 to more than $1 billion and 337 shops today, also earlier this month predicted his successor would continue “rapid and profitable growth.”

Service King CEO Chris Abraham in April told the Dallas Morning News he saw massive growth ahead for his own business.

“There’s still a lot of opportunity,” Abraham told the newspaper in a feature celebrating the company’s 40th birthday.  “All of the big four [collision repair] companies combined control less than 14 percent of the industry. There’s still a huge runway for growth.”

Eddie Lennox started the company with a $10,000 loan and without running water, heat or a bathroom, according to the entertaining Morning News feature. Today, it has 299 shops and expects to hit $1 billion in revenue this year, the newspaper reported. 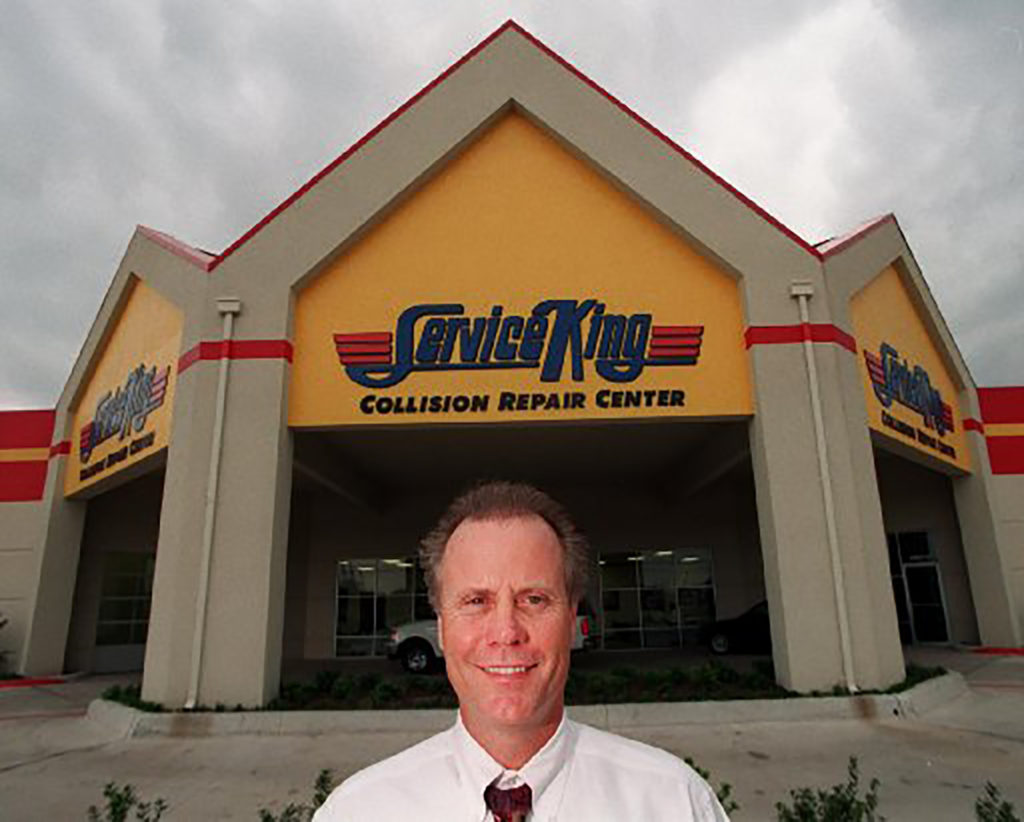 “I want us to be the next big Canadian franchise chain after Tim Hortons,” he told the magazine. “I know that sounds aggressive, but I am an aggressive guy.”

Green predicted that by 2025, the four consolidators would have gone from 10 percent of the revenue to two-thirds of it and do basically all of the insurance claims in America, according to the IBIS feed.

Bradley Mewes of Supplement! mentioned Green’s views during another IBIS presentation on the “consolidation curve” — the phenomenon that finds virtually any industry condensing over time.

“Harvard economists found that nearly every industry follows a very predictable pattern of consolidation, from highly fragmented to highly concentrated,” Mewes said at IBIS, according to another bodyshop article. “What made this study even more interesting is that within each stage they identified key strategies that successful companies employed to not only survive but aggressively outgrow and outperform their competitors.

“The companies that were successful and survived industry consolidation focused on two key things: developing economies of scale and developing a core competency in acquisitions and integrations to drive profitable growth. In other words, intelligent inorganic growth.”

He’s probably talking about the research described in this 2002 Harvard Business Review article (if not, this’ll get the point across pretty well), for those who want to learn more.

Those trying to go it alone might find “you can only sharpen a knife so many times,” Mewes said, according to IBIS.

However, Mewes last year described a few other options for smaller outfits besides going under, getting bigger and selling out. See our discussion of the issue here.

How smaller shops can still survive

But bodyshop columnist Andy Warren had a more optimistic perspective on how smaller United Kingdom shops — which are encountering the same consolidation — can survive.

Warren, former head of supply chain for the insurer RSA, encouraged shops to seek out the actual policyholders rather than the insurer — as the former “still have choice in where they have their vehicles repaired. They may just not know it.”

While that won’t be easy, pursuing the “end-user” was “far less expensive” than courting the insurer paying the claim, Warren advised in the May 20 piece.

“My interaction with successful independents recently has proven that simple and low-cost promotions such as sponsorship of local youth sports teams, community-based advertising, promotions in colleges, training and community centres, canvassing small and medium sized local businesses, offers in local papers for low-cost valeting, MOTs, tyres and servicing etc has paid dividends in attracting crash repair work when it is required,” Warren wrote.

“CALIBER: WE WANT PARTNERS, NOT SUPPLIERS”

“GROW FAST OR BE ACQUIRED”

“IS CONSOLIDATION A FOREGONE CONCLUSION?”

“From tiny Dallas body shop to 299 locations, Service King’s made an impact in 40 years”

“Inside the race to consolidate the auto-collision repair business”

Get it? They’re merging. (strickke/iStock)