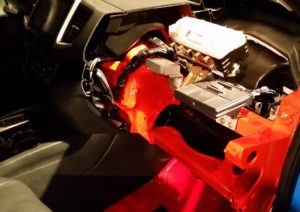 Though it’s found a home in instrument panels and now on Chrysler’s minivan tailgate, the cost to obtain an overseas supply restricts magnesium from more body-in-white applications, experts said.

In the past, the U.S., Canada, Australia and even the Middle East used to be magnesium producers, Ford research and innovation technical advisor Matt Zaluzec said earlier this year at Automotive World’s Megatrends USA.

But now, China supplies the bulk of the metal, and automakers must deal with price swings and tariffs to import it, according to Zaluzec.

“When you’re at high volume, you need a stable price point … what you can’t afford is fluctuations,” Zaluzec said.

In an May 4 SAE webinar worth a listen by collision repairers, Abraham called magnesium a “very interesting topic” for body engineers, but because of the supply base overseas and the taxes to obtain it, it just wasn’t as available to them. He did note that “magnesium and aluminum tend to work very well together” in terms of corrosion.

“As we see more aluminum penetration … going forward, Ducker’s also estimated that the magnesium content will increase as well despite the relatively higher cost as well,” Abraham said.

Zaluzec, however, called corrosion — probably in relation to steel — a problem. “That is a big deal,” he said.

Still, he said it had a historic home on vehicle, and “it’s a material we know how to use.”

“Are we thinking about it?” he said in regards to body structures.”Yeah, but it’s not ready for prime time.”

OEMs also seem to be focusing on high-pressure die-casts of the application, Abraham said, and mentioned the inner structure of the 2017 Chrysler Pacifica’s liftgate.

The outer portion is aluminum, according to FCA, which called the entire liftgate in a press kit “the first high-volume application of its kind in the industry, and is an exclusive in the Pacifica’s competitive set.”

Lucintel in October 2015 released a new report projecting magnesium in automotive globally would have a CAGR 10.1 percent growth rate between 2015 and 2020.