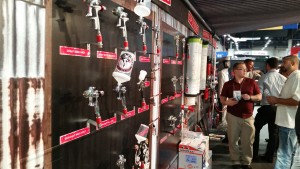 Insurers reimburse a larger proportion of collision repairers for 21 of 25 “non-included” refinishing tasks than a year ago, an encouraging February “Who Pays for What?” survey finding that surprised Collision Advice President Mike Anderson.

Anderson called the general uptick indicated by hundreds of surveyed participants a “pretty interesting thing for us,” and he speculated on possible explanations for the gain and how to grow it further in an interview Wednesday.

Collision Advice and CRASH Network surveyed 872 shops on whether they asked to be reimbursed for 26 various paint-related procedures, and, if so, whether specific insurers paid for it “none of the time,” “some of the time,” “most of the time” or always.” Most of the 872 collision repairers responded to all the questions in the study. Results were released May 17, and unlike other “Who Pays for What?” studies, the data is available for free to all shops. (Get it here.)

Twenty-five of the procedures were included in 2015’s study; a 26th question regarding refinishing the back/underside of a panel was added this year.

The researchers found double-digit gains in the proportion of shops indicating they were being paid “most of the time” or “always” for many of the surveyed procedures. While some of these gains might be chalked up to noise from the changing sample population, others appeared to be legitimate, according to the report.

“Such changes could be attributed to one or a combination of factors, including changes in shop or insurer practices, but also a change in the make-up of shops participating in the survey this year compared to last year,” the report stated. “More than 1-in-4 of this year’s respondents also participated in last year’s Refinish survey, giving credence to the idea that at least some of the changes could well be attributed to the changing practices within the shops, rather than other factors.”

For example, masking to protect the interior of the vehicle while painting the interior of certain panels saw a 22 percent increase in shops getting paid always or mostly for the work, the highest increase. Of the four categories posting reimbursement declines, the largest appeared in masking for chip/gravel/stone guard or a rough coat — 18.1 percent. Ironically, the actual application of the guard/rough coat was the second most consistently repaid item.

Two-toning dropped 12.5 percent, and Anderson said “I have no idea” as to the reason. However, at least 83 percent of shops which ask to be reimbursed for that work receive payment “always” or “most of the time.”

Tape stripe application — pinstriping — fell 2.5 percent, and Anderson observed that the procedure wasn’t as common on newer vehicles, which might explain it. Still, 91 percent of shops which asked “always” or “most of the time” paid for it, and the work remained the most consistently reimbursed of the 26 categories.

“That’s the No. 1 comment we get from people,” Anderson said: They didn’t know the procedure wasn’t included in estimate times, or they didn’t think to ask.

“I suspect that many shops are doing most, if not all, of the procedures contained in this survey, yet many are not being compensated for doing them,” Anderson wrote in an introduction to the report announced earlier this month. “Out of curiosity, we asked shops on this latest survey, if they said they ‘never asked’ to be compensated for a procedure, why they have never asked. Only 2.4 percent said it was because they don’t perform that operation, while a whopping 82 percent said they were just not aware that the item was ‘not-included,’ or they never even thought to ask.”

But what explains the different responses reported from the same national insurer for the shops that do ask? Shouldn’t it be binary — an insurer either “always” or “never” agrees to pay for an item as a matter of policy?

Anderson chalked the gradation (“always,” “some of the time,” etc.) to some shops being better prepared to explain why the procedure was necessary on a particular vehicle. He recommended all shops be armed with answers to whether an item is required, whether it’s included, if it carries a predetermined time and what it is worth.

Essentially, simply putting an item on an estimate or invoice and demanding a check might not convince an insurance representative charged with cutting costs. Supporting it with paint and/or vehicle OEM documentation and/or estimating service manuals listing it as “not included” proves one’s point. (Based on the DEG inquiries we’ve covered, many procedures are actually “non-included” — and often delineated in estimating guides.) Granted, it’s frustrating when an insurer with far less experience than a shop estimator or owner will question the professional judgement of the latter and require that proof. (And it’s truly absurd when an insurer won’t accept that proof once produced.) But if the supporting documentation means the shop and its staff are paid for their time — hey, money’s money.

Plus, the documentation might help foster trust in that shop’s professional expertise, which could reduce the paper trail necessary to receive future “not-included” reimbursement.

A shop’s location might also affect its odds of being repaid. The survey also broke down collision repairer responses by region, and the South and Midwest frequently saw lower rates of payment to their respective shops. For example, in the internal refinish masking question referenced above, the country saw this breakdown (image slightly distorted from PDF conversion): Anderson theorized the variations were due to local trade groups educating their members about estimating, rather than a factor like regional insurance adjustor differences.

“Who Pays for What?” researchers found double-digit gains in the proportion of shops indicating they were being paid “most of the time” or “always” for many of the surveyed procedures over 2015. For example, masking during internal refinishing/cut-in saw a 22 percent increase in shops getting paid always or mostly for the work, the highest increase. (Provided by Collision Advice, CRASH Network)

Examples of included and non-included procedures in CCC’s Motor Guide. (Provided by CCC)

A shop’s location might also affect its odds of being repaid, a February 2016 “Who Pays for What?” survey found. (Provided by Collision Advice, CRASH Network)