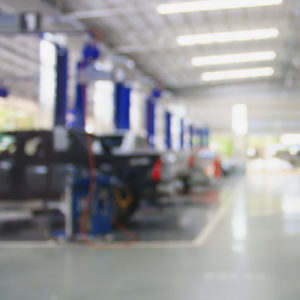 Editor’s note: Repairer Driven News regularly features pieces by prolific national columnist Gene Marks. While despite not being directly related to collision repair, they should still prove valuable to the small-business owners and employees which make up much of the industry. Here’s some advice from Marks’ “Practically Speaking” columns, originally published by Fortune magazine May 9 and May 16, that might be of interest to both. None of this constitutes legal advice — simply the perspective of a business owner — and employers should consult with a qualified attorney to determine proper human relations actions and policies for their own workplace.

One of my employees was arrested last week on charges of domestic violence. He was released on bail and showed up to work the next day. So far, I haven’t said anything. Should I?

According to the National Coalition against Domestic Violence, every 9 seconds, a woman is assaulted or beaten in the U.S., and a third of women and a quarter of men have experienced some physical violence from a partner. It’s serious and affects your company. So how do you handle this kind of situation internally?

If you become aware that an employee is a victim of domestic violence, then hopefully, you have a policy. Many employers do. The policy should state that you do not discriminate against anyone who is a victim of such a crime and that the company offers some type of paid leave so that the victim can seek physical or psychological care, services from a support organization or counseling, legal assistance and can have the time off to potentially relocate or take other actions to protect her (or his) safety. Some states have their own laws concerning the victims of domestic violence, so you should definitely consult an attorney.

But what if it’s an accused offender? And he shows up to work the next day? What’s your policy? During the Republican primary, former Gov. John Kasich’s campaign, according to the Cincinnati Enquirer, fired a staffer after he was arrested on suspicion of domestic assault.

You might be able to do this if you have a policy. But be careful – in many cases you can’t just automatically fire someone for this kind of behavior. In this country, people are still innocent until proven guilty and they’re entitled to due process. So just because someone is accused or even arrested for a crime doesn’t mean he did it, no matter the evidence. It could be within his right to come to work, and unless you have a reason to fear for the safety of you or employees, you might have to give that person the opportunity to continue working. Some of my clients include paid time off even for offenders if they are seeking counseling or other support services to help them with their issues.

Your job, as owner, is to make sure you have a safe and productive work environment, and if you think the presence of a domestic violence offender, even if just accused, jeopardizes that environment, then you should probably make the employee aware and keep him under close watch.

After a long interview process, we hired a great person for our customer service team. A few months later I found out that she lied on her job application and resume: she said she had a college degree but it turned out that she never completed it. I verified this with the college she attended. She’s been doing a good job for me. What do I do?

Hey, what’s a few little fibs, right? According to Business Insider, some pretty important execs, bureaucrats and coaches have done it, so why not?

Lying on a job application or resume is serious stuff. Not having faith in someone’s integrity or honesty shakes the core of a business relationship. Not taking action could send a signal to others that you’re willing to accept dishonesty, regardless of the situation.

However, it’s an imperfect world. If an employee had lied on an application about something that was critical for her job – a required certification, licensing, experience with a certain skill needed – then you would need to terminate. In fact, according to Shake’s law-related blog, the cardinal sin of lying on a resume is falsifying educational accomplishments. If the employee is a senior executive in your company who lied on a resume, then I would also strongly consider termination. This is not something that credible leaders do.

But a customer service rep? Someone who’s been doing a good job and doesn’t really require a college degree for her job? Assuming there are no other issues, I’d likely keep her. Of course, I’d have a private conversation with her, letting her know that I know about her indiscretion and giving her a chance to defend herself. But even assuming she has no defense, I’d lecture her, tell her how disappointed I am and watch her closely. But for the kind of job she’s doing, I wouldn’t terminate her. 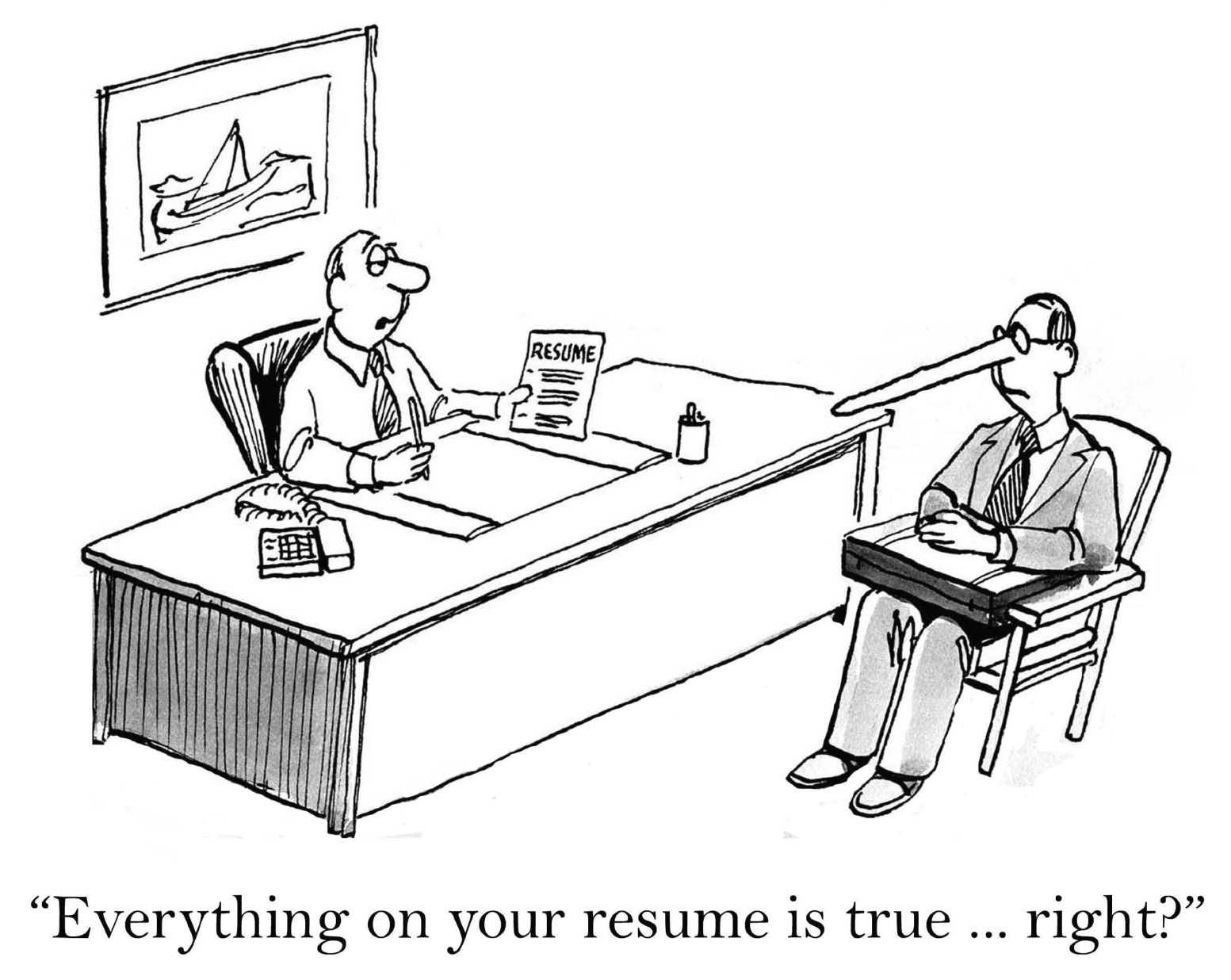 My employee has a drug problem. He said he had it under control. But now he’s missing time again and others have noticed a change in behavior. He’s a good guy and does good work (when sober). So what do I do?

It doesn’t matter where you’re located, what your company does and how many employees you have, you’re likely to run into this issue at some point in your managerial life. In fact, the National Council on Alcoholism and Drug Dependence estimated that 70 percent of the approximately 14.8 million illegal drug users have a job. Your employee’s problem may not be a full-blown heroin addiction, but it could easily be a substance-abuse problem on a lesser scale. And whatever the scale or the substance, this will be something that will affect your business.

I had one client that tried to help. The company paid for the employee’s rehab. They gave him time off. They had employees drive him to and from counseling. And he did get better. Until he fell off the wagon again. The lesson learned? You’re a business owner, not a psychologist, therapist or trained counselor. You can be willing to give a second chance. But you’ve got others in your company to think about. And unless someone is willing to help themselves, there will be little you can do in the long run to help them.

So the answer could be to have a detailed policy on drug abuse that every employee signs. It can be severe. It can be friendly. I like something in-between. If there is a suspected abuse issue, you should allow yourself to demand a drug test (at the employee’s expense) whenever you choose. If drugs are detected, you should give yourself the right to suspend that employee, without pay, while he gets treatment. You should have a specific timeframe for return – maybe 30 days. And then on return, you should have a no-exceptions rule that if and when that same is employee is drug-tested again and drugs are found, then the employee is terminated. This is not easy. But you have to give that person the chance to fix himself. You can’t do it for him. And you have to look out for the best interests of your other employees, too.

My accounts payable staff person who has been with us for about two years is pregnant and has told us that she will soon be taking her remaining vacation days and her entitled days off under the Family and Medical Leave Act (where she will be unpaid, but still receive health insurance). I just heard through a reliable source that she intends to quit after that. Should I terminate her now?

Hmm — tempting isn’t it? You’ve been good to her. She’s not telling you she’s leaving, but you know she will. She could leave you in a pinch. And yet — it’s tough to blame her. She’s not doing anything legally wrong. And many new moms want to be with their kids rather than (no offense) your boring office all day.

Under the Family and Medical Leave Act, if you have 50 or more employees, you are required to give your eligible employees up to 12 weeks of unpaid leave for a medical emergency or pregnancy while still holding their job. And under the Pregnancy Discrimination Act, you can’t treat her differently than any other employee even if she’s pregnant. You can’t force her to resign.

But maybe you can strike a deal.

Meet with the employee, and tell her you heard she is planning to permanently leave after her benefits run out. Empathize with her and let her know you won’t stand in her way. Who wants a worker coming back when she’s unhappy anyway? That benefits no one. But now that the air is clear, ask her for something in return: her willingness to help you identify and then train her replacement. Here’s an opportunity for her to give something back and not leave you in the lurch. And you’ll get someone in place that can hopefully hit the ground running once she’s out of the office. Keep the doors open and never burn bridges either – having a reliable employee who knows your operations is an asset. Maybe in time she can come back part-time or on a consulting basis to provide some help without you having to bring an entirely new person into place.

And to seal the deal, buy her a nice baby gift. It’s a new baby, for goodness sake!

These Q&As were first published in Fortune magazine May 9 and May 16.

“What to Do About an Employee With a Drug Problem”

Don’t lie on your resume. (andrewgenn/iStock)