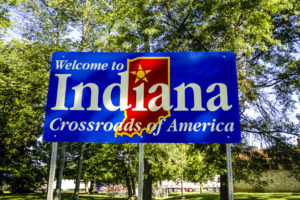 A Middle District of Florida judge on Friday killed a lawsuit brought by Indiana collision repairers and the IABA against auto insurers, the third state in a series of related litigation to suffer a potentially fatal setback.

The only hope for the plaintiffs — 25 collision repairers and the Indiana Auto Body Association — following Judge Gregory Presnell’s dismissal with prejudice would be an appeal to the Eleventh Circuit Court of Appeals. Other states’ auto body plaintiffs — who share the same legal representation as the Indiana filers — have attempted that route.

None of the four specific examples provided in the litigation involved a customer being lost to another shop through an insurer’s action, according to Smith and Presnell. Though the shops had indicated these were but a few examples of insurer steering, both judges seized upon them.

“In their objection, the Plaintiffs do not dispute Judge Smith’s determination that none of the four instances were alleged to have succeeded,” Presnell wrote Friday. “Because damage resulting from the interference is one of the requirements of a tortious interference claim under Indiana law, the Plaintiffs have failed to state such a claim in regard to those four instances of attempted steering.”

Not even an alleged example from the lawsuit in which “against (a customer’s) wishes, State Farm towed his vehicle to a preferred shop and refused to allow it to be taken to (Brothers Body & Paint),” was enough to satisfy the judges’ reading of Indiana law.

“The Plaintiffs also argue that the decision by a customer to do business with a particular vendor is enough to establish such a relationship,” Presnell wrote. “However, the case Plaintiffs cite … does not stand for this proposition. In Anderson, the Court held that the absence of such a determination by the customer meant there was no valid business relationship, but it did not hold that the presence of such a determination, standing alone, would create such a relationship. Thus, the fact that each of the four insureds at issue here had decided to utilize the services of one of the Plaintiffs is not enough, on its own, to satisfy the requirement that the Defendant have attempted to interfere with a ‘valid business relationship.'”

Presnell’s findings of what constitutes a true “business relationship” could be a tough precedent for other Indiana shops to overcome in future cases. However, the most discouraging part of the ruling might be his backing Smith’s conclusion that none of the alleged steering in the four examples or anywhere else in the lawsuit violated Indiana Code rules on deceptive insurance acts and practices.

Here’s the four specific descriptions of the tortious interference in the second amendemd complaint:

(A customer) identified Plaintiff Conn’s Collision as his choice of repair shop to insurer Safeco. Safeco told (the customer) he was required to go to one of Safeco’s preferred repair shops to have an estimate performed before going to Conn’s, that Conn’s was not one of Safeco’s preferred shops, that if (the customer) went to a Safeco-preferred shop, the repair would be performed faster. (The customer) felt significantly pressured by Safeco to go another shop rather than the shop of his choice, Plaintiff (Conn’s).

(A customer) tried on three separate occasions to have his vehicle towed to Plaintiff Brothers Body & Paint. Without his permission and against his wishes, State Farm towed his vehicle to a preferred shop and refused to allow it to be taken to Brothers.

The shops also were unable to successfully sustain their case for quantum meruit, which involves getting a benefit without being paid for it.

“They complain that they have ‘performed valuable services and expended material resources with the reasonable expectation of payment/compensation’ but that the Defendants have refused to provide “full payment” for those services and materials,” Presnell wrote. “Under Indiana law, the elements of a claim for quantum meruit are: (1) a benefit conferred upon another at the express or implied request of this other party; (2) allowing the other party to retain the benefit without restitution would be unjust; and (3) the plaintiff expected payment.”

Since the shops argued in the case that insurers refused to pay above a certain amount for certain work, they couldn’t perform more work than that amount and then expect reimbursement, Presnell wrote.

Presnell (and Smith) make a fair point there. But unfortunately, Presnell goes to conclude that the shops hadn’t delivered any benefit to insurers. Which seems insane, considering insurers are tpyically bound by contracts to restore a vehicle to pre-loss condition and Smith has said a benefit in Indiana law can be satisfying a duty (though he also felt the shops hadn’t conferred a benefit).

But Presnell goes literal on this one: