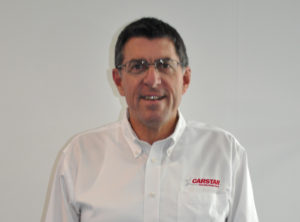 Fomer CARSTAR President Dan Young, who left the company in a surprise February announcement, has been named Collision Diagnostic Services’ vice president of sales and marketing.

“I am very excited to be joining CDS. The company is perfectly positioned to provide the technology and operational expertise required to support repairers, the insurance industry and the customers they both serve.” Young said in a statement. “The complex operating systems running today’s vehicles are only going to get more and more sophisticated. CDS can help. By providing master tech expertise and OEM diagnostic tools on-demand, CDS can ensure repairs are done correctly, the first time. CDS has assembled a very talented team of people who are already diligently working to properly diagnose and resolve service issues for all makes of damaged vehicles, I can’t wait to get started.”

In his new job, Young could possibly help convince insurers of the necessity to scan (and sometimes calibrate) modern vehicles, something that OEMs and technical experts have called necessary before and after a repair but insurers sometimes refuse to believe.

Dash lights often don’t tell the whole story, as I-CAR has observed. (Which kind of makes you wonder why the OEMs don’t just show all the DTCs on the increasingly common infotainment screens.)

Young spent about 20 years at Allstate before joining CARSTAR in 2003, working his way up from claims adjustor to property services manager. At CARSTAR, he worked his way up from assistant vice president to senior vice president of insurance relations. In 2014, the National Auto Body Council tapped him to complete the rest of LKQ insurer account manager Mark Lovell’s two-year term.

But Young left the company a few months later after what Costa described as burnout with the new duties. The company was surprised by Young’s decision, according to Costa, but it recovered quickly, accelerating a U.S. and Canada CARSTAR merger and promoting CARSTAR Canada President Michael Macaluso to run both.

“Dan is a well-respected colleague in both the collision repair and insurance space,” CDS CEO Doug Kelly said in a statement, also calling the company “excited” by the hire. “He spent years building, leading and facilitating teams which produced superior results for both the collision shop owner and the carriers.”