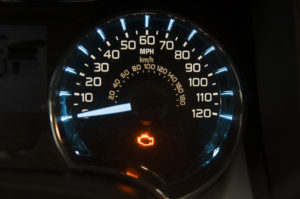 Correction: An earlier version of this article implied I-CAR supported pre- and post-repair scanning. While I-CAR has cautioned against relying solely on a dash light to learn if diagnostic trouble codes exist, it doesn’t yet have a formal position on pre- and post-repair scanning, though other experts have backed the idea. The article has been corrected accordingly.

Nationwide on Friday confirmed that a local-level staffer’s ‘No warning light, no scan’ position was not corporate policy.

The issue arose after a tipster submitted a July 6 email from a Nationwide employee declaring that a warning light would be necessary for the insurer to repay a scan.

In this instance, the unspecified OEM hadn’t followed the lead of companies like FCA and Nissan with a position statement explaining when pre- and post-repair scans were necessary. (Basically, in most or all cases, according to those OEMs.)

However, experts including I-CAR caution that the dashboard light doesn’t always accurately report all trouble codes, regardless of OEM. While I-CAR hasn’t yet taken a formal position on pre- and post-scanning; other experts have come out in support of the idea. How would you know otherwise if a car with sensors, millions of lines of code, and more than a mile of wiring works?

“My directive from management is, if there is a warning light on the dash, we will pay a reasonable fee to scan and reset codes,” the Nationwide employee wrote in the email (redacted) below. “The do not agree with the ‘pre and Post scan’ on every vehicle that some shops are asking for.  No warning light, no scan.  That is what I have been told.”

We showed the email to Nationwide, and a corporate spokeswoman confirmed that something had been lost in translation between the headquarters in Columbus and the local level.

“Nationwide evaluates the facts and circumstances of each claim individually,” the company said in a statement provided to Repairer Driven News. “We pay for covered losses, including diagnostics, that are reasonable, claim-related and supported by documented evidence.  There is no corporate policy that directs the statement submitted.”

Nationwide or any other insurer’s request for “documented evidence” might frustrate some shops who feel their integrity or expertise is being questioned. But shops ought to be following and reviewing OEM procedures and positions for every individual repair anyway (or else you could have a nasty legal problem). So it ought to be fairly simple to print out a copy and use it to educate adjustors or customers.

After all, automotive technology from B-pillars to semi-autonomous features are changing insanely fast right now, and as this incident indicates, everyone’s going to have different levels of familiarity with what’s in a particular vehicle and how it should be fixed.

Nationwide on Friday confirmed that a local-level staffer’s “No warning light, no scan” position shown in this redacted email submitted by a tipster was not corporate policy.