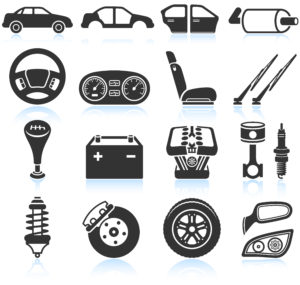 Correction: A misunderstanding led to LKQ incorrectly describing its KEYSIQ program in the original Friday version of this article. It’s since provided an updated explanation of the initiative, and the article has been updated accordingly.

“This carrier was a solid win for our North American team, given this carrier was using aftermarket parts only on a limited basis,” Wagman said on LKQ’s second-quarter earnings call. (See LKQ’s press release here and slides to investors here.)

Wagman wouldn’t identify the carrier, and LKQ’s head of investor relations said Friday his company had an NDA with it. However, Wagman did tell analysts Thursday that the carrier wasn’t the No. 1 auto insurer State Farm, which dialed back its LKQ usage a while ago.

“I would love to say that that top 10 carrier I mentioned in my prepared remarks was State Farm,” Wagman said. “It was not, unfortunately. … It was a carrier who had multiple brands and only one of the brands was using my aftermarket parts and now they’re bringing the whole company over. So that’s a good win.”

Later, he described the disclosed company as “actually about three quarters of their company not writing and a quarter writing” aftermarket prior to its shift this quarter.

Asked how State Farm talks were going and if the insurer was feeling any pressure by increases in auto claim trends, Wagman agreed that “they may get a little bit of reprieve this half, first half, but GEICO continues to take market share and we keep talking to State Farm on a regular basis.

Asked if there were other Top 10 insurers worth watching for a greater shift to aftermarket, Wagman said the only real holdouts were State Farm and the unspecified insurer referenced earlier in the earnings call.

“Allstate, when you take a company like Allstate, they only write certified parts, and that’s why we always highlight the number of certified parts hitting the marketplace,” he continued. “So they have limited use; in other words, they won’t write all parts. But everyone else on the top 10 are writing some form of alternative parts now, other than State Farm, on aftermarket.”

A LKQ executive Friday clarified Wagman’s description of the other several Top 10 insurers’ parts choices as a reference to LKQ’s KEYSIQ program. Wagman said the program would be rolled out Nov. 1.

“KEYSIQ is a LKQ specific and proprietary quality assurance program that includes certified parts and other quality parts. The program has significant benefits for the consumer, collision repairer and insurer that are included within the elements and service level agreement of KEYSIQ.”

Other parts about parts

The second quarter saw three other parts tidbits worth noting:

Asked by an analyst about how much of the company’s replacement glass business is MSOs, Wagman said it’s actually just 2 percent. Which is interesting, for PGW is a major glass player in spite of this. In February, LKQ described its $635 million purchase as the No. 1 supplier of OEM automotive glass and the No. 2 supplier of aftermarket glass.

SKU: Wagman said Thursday that his company increased collision inventory SKUs for sale by 9.6 percent in the second quarter of 2016, and boosted certified parts for sale by 16.8 percent over a year ago.

CCC: “Turning to our ongoing intelligent parts solution initiative with CCC … the revenue and number of aftermarket purchase orders processed through the CCC platform grew 91 and 66 percent, respectively, year over year,” Wagman said of the second quarter.