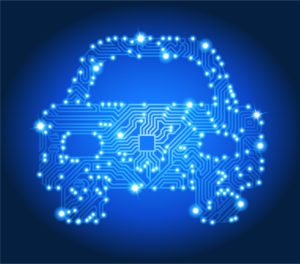 GM, Nissan, Audi, Honda, FCA and Toyota representatives, whose companies have all issued position statements on the need to scan vehicles or plan to do so, explained to insurers and the audience Thursday just how crucial the procedure was — and has been as far back as 1996 for some models.

Moderator Mike Anderson of Collision Advice kicked off the panel with the story of a blind spot monitor he encountered that was 7 degrees off — but the tolerance for the safety device was 5 degrees. “There were no dash warning lights,” he said.

With that sobering thought, he polled OEM representatives Thursday for more details into their scanning positions or, absent one, their views on scans. (Hat-tip to Collision Hub, whose video coverage helped us double-check and elaborate on a couple of comments.)

Representatives from State Farm and Farmers also sat on the panel. Rounding out the forum was Doug Kelly of Collision Diagnostic Services, whose company is one of the third-party-providers leveraging OEM factory scan materials.

Noting that “all codes must be queried” for parent company Volkswagen’s model, Anderson asked Audi’s Mark Allen what the luxury make’s stance was.

“Once the vehicle has been in an accident, it needs to be scanned pre and post (-repair),” Allen said. Even replacing a bumper cover — even in a service lane — a repairer must also recalibrate.

“We don’t have a position statement yet,” Allen said. “We will.”

He called it “super-important” and not just a safety issue, but a quality factor for Audi, the collision repairer and insurer. It was “absolutely wrong” to assume that the absence of a dash light means everything was fine with the car.

What about a pre-scan, Anderson asked him and the other OEMs — how could you determine damage without one?

There was no “melon thump test,” Allen said. It had to be done. Chris Tobie of Honda, whose company has already issued a position statement, said that it found Honda diagnostic trouble codes without dash lights dating back to 1996, when the OBD-II standard began, for some models.

Anderson asked if recalls would therefore be necessary (considering that the procedure probably wasn’t on shop radars back then).

“That’s a really hard question to answer,” Tobie said, calling it up to the shops. But if older cars had an issue because of the lack of scanning, it’d probably have come back for the problem anyway.

Going forward, “this is what needs to happen,” Tobie said.

Anderson pointed out that the necessity “has always been in the OEM documentation,” “buried in there somewhere.”

A shop which didn’t scan assumes the liability, Anderson said, calling that his opinion.

Sometimes something as small as an 0.64 mm pin on a connector could be damaged during a repair, Tobie said, thereby necessitating a pre-scan to determine damage.

Anderson kicked off the discussion with Toyota’s Eric Mendoza with the example of a Toyota in which the shop installed the wrong Toyota emblem — the traditional one, not the special kind through which adaptive cruise control watches the road. There was no dash light, he said.

“Are there any parameters to this?” Anderson asked Mendoza about Toyota’s position statement.

No, Mendoza said: Like Honda, DTCs without dash lights date “all the way back to ’96.”

Mendoza said that the “safe answer” to determine damage was to do a pre-repair scan, though he allowed that theoretically you could test every single system on a car and maybe figure out what’d happened that way. (But that sounds like it’d probably take longer — and besides, what if you missed one?)

Anderson asked Brian Wayne of FCA if the same parameters applied, and Wayne said FCA held the “same position.” It was still wrapping its head around the technology, but if all vehicles need to be scanned to be safe, that’s how it would be, he said.

Wayne mentioned the 2017 Chrysler Pacifica, which has more than 200 computers. He also pointed out that a windshield replacement could throw off the sensors behind it (usually found around the rear-view mirror) if the aftermarket glass had waves — you’d have to recalibrate.

He recalled Honda’s video on airbag timing and exploding watermelons: A fraction of a second matters.

“I don’t want to take that chance,” he said.

“We’re trying to take care of the customer,” Wayne said. FCA doesn’t have many dealerships with collision repair facilities, and it depends on repairers to fill that need.

Pre-scans were necessary too if you want to know the extent of a vehicle’s damage, he agreed with the others.

General Motors hasn’t issued a position statement — yet. But expect it.

“We are aggressively working on that,” John Eck of GM said.

As for a time period for the scans being necessary, Eck said his company’s stance was like Honda’s: “Does it matter?”

Collision repair scanning just mimics what service lane has already been doing because of vehicle technology: “You have to do it.”

“A dashboard light is not a diagnosis,” he said earlier.

Pre-scanning was also necessary if you wanted to know everything wrong with the car, he said.

Nissan’s Justin Miller called the OEM’s position statement — actually, it issued many — “a work in progress,” and he said more would be coming.

He repeated Nissan’s position that a post-scan must be done 100 percent of the time, and that OEM bumper covers must be replaced, not repaired, if the car has sonar.

In terms of adding model years to the position statement, Miller said his company would look into it if the industry wants a specific year range.

As for how you could determine damage before a scan, Miller said that to determine this “beyond a shadow of a doubt,” you had to scan the car.

Scans could be necessary on vehicles dating back to the launch of the OBD-II port in the 1990s.  (Alex Belomlinsky/iStock)

The repair procedure portal OEM1Stop.com has been updated for easier access to technical service bulletins and automaker position statements. (Screenshot from www.OEM1Stop.com)