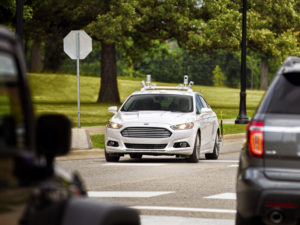 Ford on Tuesday announced it planned to put a “high-volume, fully autonomous SAE level 4-capable vehicle” in commercial fleets by 2021, with the Fords used for either taxi or ride-sharing purposes.

“The next decade will be defined by automation of the automobile, and we see autonomous vehicles as having as significant an impact on society as Ford’s moving assembly line did 100 years ago,” Ford President and CEO Mark Fields said in a statement. “We’re dedicated to putting on the road an autonomous vehicle that can improve safety and solve social and environmental challenges for millions of people – not just those who can afford luxury vehicles.”

The vehicle won’t have a steering wheel, gas or brake pedals, which puts added safety pressure on Ford with that SAE Level 4 self-driving vehicle: A human won’t be able to take over if the Ford can’t handle road conditions. But Chief Technical Officer Raj Nair was also confident the OEM could pull off the technology.

“Ford has been developing and testing autonomous vehicles for more than 10 years,” Nair said in a statement. “We have a strategic advantage because of our ability to combine the software and sensing technology with the sophisticated engineering necessary to manufacture high-quality vehicles. That is what it takes to make autonomous vehicles a reality for millions of people around the world.”

Under Level 4 of SAE International’s Levels 0-5 J3016 criteria, the human isn’t needed at all as a fail-safe but the vehicle might not be usable under certain driving modes. The difference between this and Level 5 — the highest level of autonomy — isn’t entirely clear, but it has something to do with not all “driving modes,” being available at Level 4, according to the SAE. 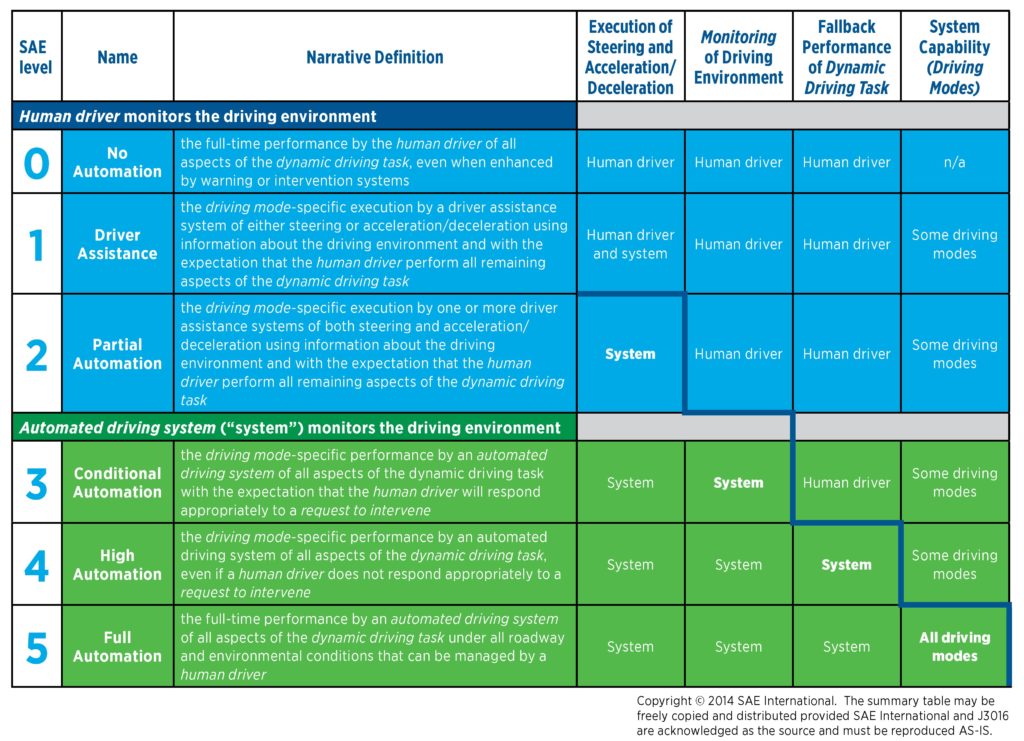 Wired observed in November 2015 that Ford planned to skip the SAE Level 3 stage in which the vehicle would have to use a human driver as a fail-safe. Humans might not be able to assess the situation quickly enough to safely avoid an issue, the magazine reported.

Ironically, Wired also reported that Ford would certainly keep a steering wheel aboard for driving aficionados, though of course that might have been a reference to private passenger cars, not the fleets announced Tuesday.

… (Ford executive Ken) Washington says a fully autonomous car within five years is reasonable, if work on the software controlling it progresses well. Ford would limit the deployment of such a car to those areas where it can supply the extremely detailed maps fully autonomous cars will need. …

Ford has no plans to sell wheeled pods in which people are merely along for the ride. You’ll always have the option of taking the wheel. “We see a future where the choice should be yours,” Washington says.

It’s also adding new structures and 150,000 square feet of space in Palo Alto, Calif., and doubling the size of the staff there by the end of 2017.

“Our presence in Silicon Valley has been integral to accelerating our learning and deliverables driving Ford Smart Mobility,” Washington, vice president of research and advanced engineering, said in a statement Tuesday. “Our goal was to become a member of the community. Today, we are actively working with more than 40 startups, and have developed a strong collaboration with many incubators, allowing us to accelerate development of technologies and services.”