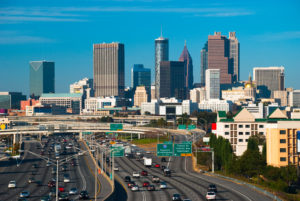 An Allstate proposal to raise auto insurance rates by an average of 25 percent for some of its Georgia customers can’t be blocked by a concerned insurance commissioner, the Atlanta Journal-Constitution reported Wednesday.

In an even more embarrassing turn of events for the regulator, Republican Commissioner Ralph Hudgens voted as state senator in 2008 for the law the Journal-Constitution reported undercut him today. Republican Insurance Commissioner John Oxendine had warned about rate increases then, according to the newspaper.

Senate Bill 276 changed Georgia to a “file and use” state — insurers can charge whatever they want without regulators weighing in for everything other than the mandatory minimum coverage. It also appears that so long as “a reasonable degree of competition” exists, there’s not much a regulator can actually do even with the mandatory minimum.

“I am afraid the floodgates are just going to open, that they are going to say, ‘Allstate got away with it, so we’re going to do it, too,'” Hudgens told the newspaper.

According to Hudgens in the Journal-Constitution story, 226 companies sell auto insurance, so competition isn’t exactly an issue. Allstate had 11 percent of the state auto market in 2015, the second-highest share.

Hudgens in April announced his office would investigate if the Department of Insurance could do anything about the increase, but pointed out then that SB 276 might hamstring him.

“I am deeply concerned about this filing and the impact it could have on consumers,” Hudgens said in a statement. “Georgia law prohibits me from stopping or delaying this increase unless an actuarial examination proves the rate to be legally excessive. … Georgia adopted a ‘file and use’ system in 2008 to promote competition and lower rates among insurance companies. This rate filing appears to promote neither.”

The DOI reported then that the 25 percent was a statewide average, and “many” customers could see rate increases up to 58.6 percent.

Allstate pointed to the importance of pricing risk surrounding higher crash frequency and severity in a response to the Journal-Constitution. The company said the increase applied to less than half of its customers.

Adam Polak of Allstate said: “Our agreement with the Georgia Department of Insurance recognizes the need to create a stable rate environment for consumers. We adjust rates very carefully to charge properly for the risk we assume and ensure our ability to help protect customers from life’s uncertainties.”

… The company said costs have risen because of an increase in both accidents and settlements paid out from those accidents.

“Increases in miles driven on Georgia roads, distracted driving, higher speed limits and cars that are more expensive to repair or replace are driving costs up for the entire industry,” he said. 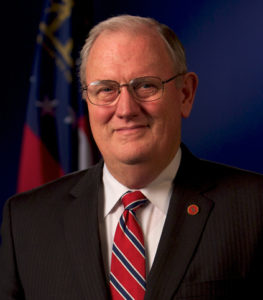 We point out the premium increases not to comment on their propriety for Allstate or any other insurers but again to point out the silly double standard where the insurance industry can raise rates and pass increases on to customers based on market conditions and overhead but collision repairers encounter fights from local and regional claims staff.

This is particularly relevant in the wake of insurers still wondering if scanning is really needed (Basically, yes; in some cases, shops should have done it since 1996.) and wondering why can’t the shops just eat the cost of doing it or amortize it over years rather than quickly.

Not only does the state of Georgia allow rates to grow whenever the insurer feels like it, but the large publicly traded insurers like Allstate typically indicate they’re coming out far ahead after losses are paid. Overhead and advertising expenses push them into tighter margins, as with any business.

If they get to bake expenses into the combined ratio they’re judged upon by Wall Street — the ratio of premiums to expenses and loss costs — it is perfectly acceptable for a collision repairer to incorporate the cost of the claim and their expenses into their own rates.

(Technically, it might not be year-over-year; Hudgens told the Journal-Constitution he received a “gentleman’s agreement” from the insurer not to raise rates until 2018. But average repair cost in CCC data only rose 6.55 percent from 2013 to 2015. So the point stands.)

“Georgia officials decide they can do little about Allstate rate hike”

The Atlanta skyline can be seen in this photo. (Davel5957/iStock)