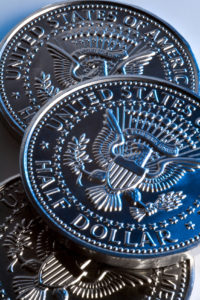 CCC on Wednesday said its upcoming $0.50-per-estimate vendor fee to receive BMS body shop repair data under Secure Share was appropriate and would not have a massive economic impact on the industry should vendors pass the costs to collision repairers.

Regardless of who ends up absorbing the cost — a vendor, a repairer or the insurer or owner paying for the work — the potential impact could reach into millions of dollars annually.

EMS, BMS and the switch

A bit of backstory for those not familiar with the esoteric but highly important technology concepts underlying the discussion. CCC announced last month it would in April 2017 support the BMS collision repair data protocol and “sunset” the archaic EMS data standard a year later.

The data standards, created and managed by the Collision Industry Electronic Commerce Association, allow collision repair-related software programs to “talk” to each other. They process an estimate into files and messages which can be received by third-party entities like rental car companies or parts providers.

The Estimate Management System was built in 1994 to deliver dBase files in a largely pre-Internet industry. However, CIECA ceased support in 2003 after developing the highly improved, more efficient and secure Business Message Suite, which uses the XML format often used today by developers and is now updated twice a year.

Since then, major industry players like CIECA, SCRS and Caliber Collision have called on the information providers to convert all shops to the BMS standard — which is already being used in some fashion by some of the major insurers and MSOs.

CCC will commence BMS support for all of its 22,000 CCC ONE auto body shops in April 2017 and cease exporting EMS files completely in 2018. But unlike the archaic EMS, BMS communication doesn’t transmit all of an estimate’s data — a potential privacy/security nightmare —  only the parts relevant to to the recipient’s industry. For example, a rental car agency will no longer see estimate parts data.

Instead, by adapting their software to BMS, they can join a sort of CCC “App Store” of vendors a shop can designate to receive relevant BMS messages from the entire estimate. For example, a rental car company won’t see parts-related data any longer.

“That’s the beauty of Secure Share,” Mark Fincher, CCC vice president of market solutions, said Wednesday. He noted that shops can even filter data further, by insurer (and soon by vehicle make, too).

“I think we’re gonna see a lot of information that’s going out today is actually going to be reduced significantly when the shops now have that control,” he said. “… We’re now enabling repairers to be the gatekeepers of their data.”

For a $2,500 one-time signup fee and a per-estimate charge of $0.50, their products will be useable — and marketable — to the 22,000 repairers on CCC ONE. No longer will a vendor have to install and support a data pump on 22,000 individual shops to do business with them all, Fincher said.

The fees are per-estimate, not per message, and Fincher pointed out that CCC would be handling all the messaging retransmissions — every supplement or other estimate change — for free.

“We’re gonna be sending thousands of transactions,” he said.

Will shops end up with costs?

Or will they? Some of the third-party vendors we contacted said they’d simply pass the $0.50-a-pop charges to their customer collision repairers — and with it the same decision to absorb the costs or pass it to the person paying for the repair (whether a vehicle owner or insurer).

“This is not rocket science,” said Frank Terlep, CEO of eMarketing Sherpas. “… The shops are gonna pay.”

He said that if his company were charged by CCC, it’d have to charge shops more.

From a technology basis, “data’s data,” Terlep said, and making the switch to BMS “shouldn’t be an issue” for his company.

He mused that it’d be “hard to build it into the price,” as it didn’t quite know how many transactions a client would have a month. Two thoughts that came to mind, he said — and not necessarily what eMarketing Sherpas would do, he stressed — would be learning how many repair orders a shop does a month and basing its price on that or changing its own pricing model to per-file.

“I don’t think the shops realize that they’re gonna end up paying,” he said of the CCC switch.  “… When the price of gas goes up, shipping goes up”

Fincher agreed that some vendors would pass costs along. “That’s an option they have,” he said.

He likened it to the per-transaction cost of a credit card company and “little small stores that end up passing that fee along.”

“Obviously, most absorb that cost,” he said. “… Third party-application providers will have to make that choice.”

Assured Performance CEO Scott Biggs, whose company manages collision repair certification for OEMs, said that his major concern was less the cost and more that “the shop must have a copy of their own data.” (We discussed the issue of data ownership in depth late last month with CCC; read more here.)

But if he or other third parties were charged by CCC to access the information, “we’d have to bill back the shop.”

Technologically, it won’t be an issue for Assured Performance, Biggs said.

“Market dynamics will dictate the fairness of price,” he said.

As CCC notes that 22,000 shops could potentially be transmitting BMS messages under Secure Share, a little napkin math seems to suggest the economic impact could be large.

CCC wouldn’t provide us the actual number of estimates it handles annually. But given an average number of repair orders a year of about 1,000 a shop and 22,000 shops, that’s 22 million estimates. At 50 cents a pop to a single vendor, that’s $11 million dollars.

Say most estimates would conservatively have about two vendors — some combination of parts procurement, rental car, CSI tracking, shop management system, etc. — that’s at least $22 million dollars a year in CCC revenue being passed on or absorbed by a vendor, shop, insurer or owner downstream.

“The numbers are not that big,” he said. “… The numbers do not come out that high.”

For one thing, not all 22,000 CCC ONE shops export EMS, according to Fincher.

“It’s not used across the board,” he said.

In terms of larger vendors potentially found on many of these estimates, LKQ declined to comment, while Enterprise indicated they’d prepare a response, and Friday reiterated one would be coming.

PartsTrader CEO Rob Cooper, whose company uses the BMS standard, said that given the relative ease of the conversion to BMS, any IP solution should be done in an “open and a cost-free way” and made available to everyone. The provider should either “not charge for it,” which he said admittedly creates a “disinterest to make it work,” or charge merely on a “cost recovery basis.”

PartsTrader generated controversy last year with its own per-transaction fees; however, it also lowered other costs and upped incentives for repairers who might have seen costs passed on to them.

The amount CCC was charging was “aligned with our costs,” Fincher said. These include sending thousands of BMS messages for free and creating an “extremely robust infrastructure” to handle the shops and the vendors doing business with them, he said.

“We feel that we’ve created a solution that’s priced fairly,” Fincher said, noting there were no volume discounts; everyone would be charged the same amount.

If CCC wanted to invest in something “much more lucrative,” it could have done so, Fincher said. Instead, it acted in accordance with its guiding principles that “anything we bring to market helps our customers” and met the industry demand for the BMS platform.

“In this case …. we’ve been helping to make them more effective, more efficient in their daily work,” Fincher said.