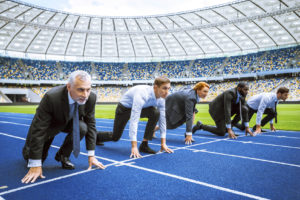 CCC, the nation’s dominating estimating service, said Wednesday its Secure Share pricing and format was not meant to suppress competition to its suite of collision repair software products, which includes services competing with vendors likely to need Secure Share access.

“That’s not what this is about for us …  to prevent competition in any way,” Mark Fincher, CCC vice president of market solutions, said.

The issue raises parallels to the Microsoft case more than a decade ago, in which the U.S. government attacked the software giant on antitrust grounds. In that incident, Microsoft’s integration of Internet Explorer into Windows and restrictions on other Web browsers allegedly stifled competition like Netscape Navigator. Under a settlement, Microsoft could bundle any program it wanted with Windows but had to allow competing programs to run on its operating system. (See more from Law360 here.)

CCC doesn’t have nearly the market share of Microsoft — which had 80-95 percent of computers, according to Law360 — but it is the No. 1 estimating service and boasts 22,000 of the industry’s shops as CCC ONE users.

Estimating services serve as the operating system of the collision industry — they’re the core products providing the means for most other collision repair software to work using the common language of the CIECA BMS and EMS standards.

BMS is vastly superior to EMS for many reasons, but EMS files do remain in the hands of shops, who can disseminate them to anyone they wish. Unfortunately, this is horrendously insecure, as anyone with a “data pump” on a shop computer and an ulterior motive or any legitimate recipient of the data gets all the data associated with the estimate — and can sell it or use it to whatever end they desire. Under BMS, a recipient only gets the part of the estimate relevant to their industry.

CCC will under its Secure Share platform cease EMS support, handle the BMS files and disseminate these industry-specific messages to the vendors its 22,000 member shops each individually designate as recipients. These could include parts procurement systems, rental car agencies, CSI systems, OEM-certified network managers or shop management systems, all of which will be charged $0.50 per estimate.

Fincher has said that without such a middleman, “we’re kind of back where we started,” with the current archaic, insecure system. And he’s right; unless shops build their own system to encrypt, parse, store and disseminate the BMS XML files generated from an estimate, an external party will have to manage that process. (See more discussion of those types of practical and philosophical control issues here.)

But does CCC’s solution give the company — which sells some of the same products as these vendors — an unfair advantage and a barrier to such competitors? For example, any other parts procurement system competing with CCC TRUE Parts will have to pay to receive CCC BMS estimate data from body shops starting in April 2018. They then must either absorb that $0.50/estimate cost or pass it on to a CCC user choosing between TRUE Parts and the rival.

Fincher dismissed the Microsoft analogy and such considerations.

“It’s not really a comparable situation, I think, to the Microsoft case,” he said. “This is more about data exchange.”

On top of charging a fair, cost-recouping price for expanding BMS efficiency, security and control to thousands of shops, Secure Share opened up competition rather than stifled it, he said.

Vendors who do choose to use CCC would be able to immediately connect with any of the 22,000 repairers on CCC ONE who wanted to use their services. No longer would a vendor have to install and support a data pump on 22,000 individual shops to do business with them all, Fincher said, which was “very cost-prohibitive.”

“It invites innovation,” said Fincher, who had noted that the BMS XML messaging is far more familiar to developers than the dated dBase files of EMS.

He said that out of the more than dozen vendors which had already signed up to be on Secure Share, “some of those are the big names that you would expect” — but others are companies “we’ve never even heard about”

“I think it’s actually opposite,” Fincher. “I think we’re reducing barriers to entry.”

As for the price to use a competitor’s application, should it be passed down to a shop, Fincher was dubious a 50-cent difference would really matter.

“If there’s value in another tool that exceeds our value, obviously, I don’t foresee that price making a difference,” he said.

It would have to be an individual business decision for a vendor to elect to use CCC Secure Share, and the shop and vendor could always communicate independently of the CCC framework, Fincher said.

“They can still work with the shops direct,” he said.

CCC has already said it will open the Secure Share platform to all comers with a legitimate collision repair business interest and a CIECA membership, so there’s no barrier to competitors in that sense.

Contacted last week for comment on Secure Share pricing last week, PartsTrader CEO Rob Cooper said he hadn’t seen the actual contract but wondered about the actual terms of use to be accepted by vendors.

“You should act as a good citizen and not impose unreasonable contract terms,” he said, stressing that he wasn’t saying CCC would act improperly. “That’s the worldview that we take and (we) have always taken.”

Fincher said the terms would be made available publicly and be “basic” — there’d be nothing “onerous” or unexpected and feel like what you’d expect on an app store.

CCC was simply concerned with improper usage, which “goes back to security again,” Fincher explained. The company wanted to ensure vendors didn’t misuse shop estimate data or sell it to other companies, he said.

“There’s not going to be heavy restrictions,” he said.

In terms of dispute resolution conditions (for example, a ban on lawsuits or an agreement to settle disputes in a particular state), Fincher said CCC hadn’t finalized such terms, but they’d also be made available.