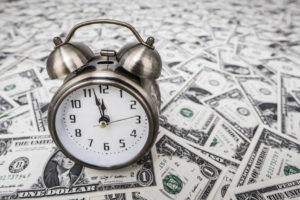 Shops which have faced resistance from insurers this year over charging more for labor might want to try again — particularly those in direct repair programs.

According to Gerber’s parent company, many of its insurer partners have been offering “relief” on labor rates — i.e., Gerber shops can charge them more — so the multi-store operator can pay technicians more and stay competitive in hiring.

“We have had to deal with competitive market increases in order to ensure that we don’t lose more than our share of technicians,” Boyd Group CEO Brock Bulbuck told investors on a third-quarter earnings call Wednesday. “… We have had some wage inflation.”

Bulbuck reminded investors Wednesday that he’d told them in August that its insurers had accepted higher labor rates. For that reason, wages weren’t a significant cost concern, he said Wednesday on the third-quarter call.

Gerber faced “some wage pressure for many, many quarters now,” Bulbuck said in August while discussing Q2 results.

“Many of our carriers have provided us with rate increases to help offset that,” he said then.

On Wednesday, Bulbuck said Gerber had a few initiatives in place to retain technicians and other staff in “what is a very high-turnover industry” and to get “more aggressive on the recruitment side.”

In August, he explained to analysts that Gerber’s technicians are paid on commission and have their own tools, which combined with an mentality of being “independent operators” makes for higher turnover.

Still, “Our technicians can earn a very good wage,” Bulbuck said then. Given that commissions were based on a unit-hour, a productive technician able to perform the job more quickly could make a killing, he said in August, estimating that earnings were comparable to other trades — possibly on the “high side.”

Narendra “Pat” Pathipati, Boyd’s chief financial officer, estimated then that a “highly productive” Boyd tech could make $100,000 a year. (It was unclear if he meant Canadian or U.S. dollars).

The technician shortage is a major problem industrywide, and perhaps no companies are feeling it more than the major national chains. All are under pressure from private equity — and in the publicly traded Boyd Group’s case, shareholders — to expand their footprint and revenues through acquisitions and same-store sales growth.

An unfilled technician slot at a Gerber/Boyd shop costs a repairer tens of thousands of dollars in revenue and slows cycle time, irritating a combination of investors, insurers and vehicle owners.

Shops should remember that unless they’re in a DRP, an insurer doesn’t dictate their rate. A collision repairer is an independent business with the right to charge whatever it wants — or needs — to meet its expenses and make a profit, just like any other company.

In a three-party transaction like insured collision repairs, the free market admittedly gets a little messy. Theoretically, the total-loss concept and posted door rates keep repairers from getting too out of control with their pricing, and the prospect of dissatisfying a customer with out-of-pocket costs or violating regulatory or contractual requirements keep insurers from acting too cheaply. The courts deal with whatever the three parties can’t hash out.

California is proposing adding an extra means of balancing these and the customer’s needs by providing objective definitions of a market and labor rate survey. (Notably, the rationale for the regulation involves alleged insurer misconduct, but none on the part of shops.)

Featured image: Shops which have faced resistance from insurers this year over charging more for hourly labor might want to take a note from the Boyd Group and try again. (aluxum/iStock)