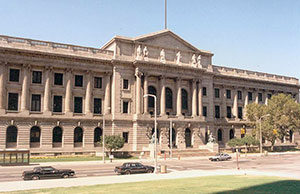 In Blue Ash Auto et al v. Progressive, a group of collision repairers had accused the insurer of tortiously interfering with their business by unilaterally dictating what labor rates and procedures it’d reimburse. The auto body shops argued that these mandates “do not necessarily allow for them to restore an insured’s car to its original, pre-loss condition and that the limitations violate both Ohio  law and Progressive’s own insurance policies,” as the Eighth District Court of Appeals summarized the case.

Progressive, according to the appellate court’s summary, said that it was being competitive and DRP shops did the work under the terms other shops had criticized. (It should be noted that the DRP shops get a big perk in exchange for those discounts: Progressive recommends them to its clients, allowing the repairers to theoretically recoup some of the costs through volume.)

The shops sought to recoup whatever parts and labor costs they had to eat to serve Progressive customers and “declaratory relief in the form of an order requiring Progressive to indemnify them from any liability arising from their compliance with Progressive’s restrictions.”

The Eighth District Appellate Court stressed that it wasn’t ruling on whether or not the auto body shops’ case was any good. The decision applied only to whether the shops met legal tests to expand the case into a gigantic statewide class of basically any non-DRP shop that touched a Progressive claim for the past 11 years:

Ohio has seven rules plaintiffs need to meet before they get class-action status. The Cuyahoga County Court of Common Pleas ruled that the auto body shops failed to satisfy all but three of these requirements, and the appellate court upheld the decision Dec. 1.

The trial court and appellate court both agreed that any relief had to apply to the entire class under the Rules of Civil Procedures, which states plaintiffs get class-action status when “the party opposing the class has acted or refused to act on grounds generally applicable to the class, thereby making appropriate final injunctive relief or corresponding declaratory relief with respect to the class as a whole.”

According to the appellate court, this means that situations where every plaintiff would deserve different amounts of money and liability from a losing defendant couldn’t count as a class-action suit. (For example, a shop that worked for a Progressive claimant once during the class time versus one that did a lot of repair orders for the carrier.)

The trial court decided that the liability indemnification was basically incidental, while the shops had argued they were separate things: Liability immunity keeps the shops which repaired cars following Progressive’s alleged “we don’t pay for that” rules from risking unknown future legal bills for the allegedly inadequate work, while the monetary judgement helps the shops which did all the allegedly necessary work and ate the costs of anything Progressive wouldn’t reimburse, based on the shops’ argument.

But the court ruled that both were sort of the same thing: costs that shops had to eat because of something Progressive allegedly did, regardless of if the costs were incurred during a repair or in a courtroom. Also, and “more importantly,” according to the court, the Ohio Supreme Court had already ruled in a different case that “’claims for declaratory relief that merely lay a foundation for subsequent determinations regarding liability or that facilitate an award of damages do not meet the requirement for certification.'”

And there’s the problem of teasing out what the actual effects of Progressive’s position were for each member of the proposed class, according to the appellate court ruling:

It is easy to understand the Supreme Court’s hesitance to so extend Civ.R. 23(B)(2) class certifications where, as here, establishing the applicability of the desired indemnification would require a case-by-case analysis of facts pertinent to the repair. Whether Progressive rightfully or wrongfully refused to pay for a particular service or part would need to be examined in each instance of an allegedly faulty repair. A myriad of other issues would also need to be resolved as well. Causation in particular would be a case-by-case dispute that cannot be resolved by the appellants desired relief. For example: Was the allegedly defective repair in a particular incident due to Progressive’s mandates or the body shop’s own negligent labor performance within those mandates? Was the shop’s desired service or part appropriate and necessary for each particular repair that is later deemed faulty? How can the trial court deem that Progressive is always liable when it and the shop diverge on the manner or type of repair to be performed without the individualized context of every possible car repair that may occur? As the trial court noted, any indemnification would be premised on an initial decision that the estimate provided by Progressive was inadequate based on the unique facts of each case. These issues simply cannot be resolved on a class-wide basis with any finality without considering the facts pertinent to a particular instance of negligent repair.

The Cuyahoga County Court also decided that the case didn’t meet court rules that “the questions of law or fact common to the members of the class predominate over any questions affecting only individual members” and “a class action is superior to other available methods” to handle the dispute.

The appellate court agreed, ruling that the case was simply too case-by-case to work as a class-action.

“The trial court aptly pointed out that an individualized inquiry would be necessary for not just each potential class member, but every separate instance where such class members conducted a repair under the alleged limitations imposed by Progressive,” Judge Eileen Gallagher wrote, with Judges Sean Gallagher and Mary Boyle concurring. “The court would have to examine each repair and consider whether the additional services or parts that Progressive allegedly denied to the particular class member were necessary to restore the damaged vehicle in question to its pre-loss condition.

The shops had argued that everything Progressive wouldn’t reimburse was “necessary to properly repair every conceivable damaged vehicle,” as the Eighth District summarized somewhat skeptically, noting that a court agreeing with this wasn’t being fair to Progressive:

“Appellants’ theory leaves no room for Progressive to exercise its right to dispute these facts in this litigation,” the court wrote. “Because the resolution of these disputes would require a case-by-case analysis of every Progressive repair conducted by every member of the class, we cannot say that common questions of law or fact predominate over the looming mass of individualized inquires that would dominate this litigation.”

As noted above, the court didn’t rule on the merits of the case itself, just that it didn’t meet its test to be a wider class-action lawsuit. So the plaintiff shops might yet win their lawsuit based on each repairer’s individual history with Progressive. (Or vice versa, Progressive wins based on the facts of claims handled with those shops.)

However, the court’s ruling makes it hard to see how repairers will be able to rate similar class-action status against insurers in Ohio’s Eighth District, unless they apparently can point to an improper act applied uniformly that somehow affected all body shops in a prospective class equally. (That seems like a tough threshold for any class-action case.)