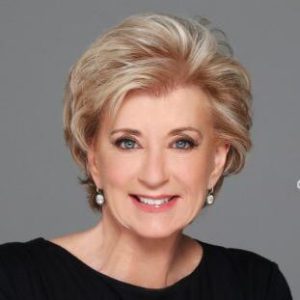 Editor’s note: Repairer Driven News regularly features pieces by prolific national columnist Gene Marks. While despite not being directly related to collision repair, they should still prove valuable to the small-business owners and employees which make up much of the industry.

This column, originally published in the Washington Post on Dec. 8, examines President-elect Donald Trump’s choice to run the Small Business Administration — possibly one of the most relevant Cabinet posts for a small-business-dominated segment like collision repair.

“Linda has a tremendous background and is widely recognized as one of the country’s top female executives advising businesses around the globe,” Trump, a Republican, said in a statement Dec. 7. “She helped grow WWE from a modest 13-person operation to a publicly traded global enterprise with more than 800 employees in offices worldwide. Linda is going to be a phenomenal leader and champion for small businesses and unleash America’s entrepreneurial spirit all across the country.”

The top Democrat on the House Small Business Committee is dubious.

“This selection is proof that President-Elect Trump’s commitment to small businesses is about as ‘real’ as professional wrestling,” U.S. Rep. Nydia Velázquez, D-N.Y., said in a statement. “The fact is, if she is confirmed, we will need to work with Ms. McMahon. However, I am concerned her appointment follows a pattern of choosing individuals for cabinet-level positions who do not have the policy knowledge for the job.”

Velázquez isn’t the only one.

“While we would have liked to see someone nominated who has more direct small business experience, we hope Linda McMahon will play a strong role advocating for the needs of small businesses in the new administration,” Small Business Majority CEO John Arensmeyer said in a statement.

Linda McMahon is a woman that is self-educated, driven, entrepreneurial and managerial. For decades she ran a small business and turned it into a much bigger company. She hired and fired people. She signed payroll checks. She negotiated contracts. She invested capital. She opened up offices. She expanded to other countries. She managed cash flow, balance sheets, income statements, schedules, meetings and egos. All of that sounds very familiar to me.

During this time, Velázquez earned a master’s degree at New York University and taught Puerto Rican studies at a community college. She was then appointed as a special assistant to a congressman and then served on the New York City Council. She soon rose to become the director of the Department of Puerto Rican Community Affairs in the United States. She was elected to the House of Representatives in 1992, where she has remained for the past 24 years and now represents her party representing me, and other small-business owners like me, on the House Small Business Committee.

Velázquez is an accomplished, admirable woman. But I don’t want her representing me on the House Small Business Committee. I’m somewhat surprised that Arensmeyer, a former business owner and entrepreneur, would question McMahon’s experience as a business owner. But Velázquez?

Her jab at McMahon’s business sums up the arrogance, elitism and ignorance of lifelong politicians who have never run a business. Who is she to question McMahon’s livelihood? Or any of us? Just because my business buys scrap metal, sells guns, employs exotic dancers, exterminates rodents or offers entertainment through the form of wrestling instead of being a professor or a lawyer or a doctor or a member of the House, does this mean that the way I (or McMahon) make a living is any less honorable? This is who represents me on a committee that’s “fighting” for my business?

The SBA has had a great leader in Maria Contreras-Sweet. (Editor’s note: Also a former business owner.) But the agency’s value is still arguable. Sure, it provides backing for loans to small businesses (defined as fewer than 500 employees), and every year we hear how these loans have grown. And yes, there have been successes. But I’ve never seen the numbers showing me how these businesses fared in the end. How many of them succeeded, and what percentage of these guaranteed loans failed?

Other than this service, I can count none of my more than 600 clients who have used the SBA for assistance in dealing with government contracts, red tape or tax problems. The agency still remains too bureaucratic, too full of disinterested government workers and too far removed from our day-to-day problems.

I don’t know whether McMahon will do a good job. I do know she’s going to have her hands full once the realization of running a government agency takes hold. She won’t be able to just hire and fire and get her own way. This will be nothing like running her own company. But I’m happy to let her have her shot. She’s a business owner.

Wait — a business owner? Next thing you know Trump will be putting an actual military general in charge of the Department of Defense. Oh, whoops.

This column originally appeared in the Washington Post on Dec. 8.