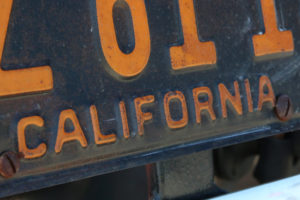 California insurers will face tougher rules intended to counter “steering” of policyholders to less expensive auto body shops through false or misleading statements or inconveniences under regulations approved for 2017.

The Office of Administrative Law, which independently evaluates the rest of the California bureaucracy’s regulations, approved the rule Monday. It technically becomes law Jan. 1, 2017, but insurers have until March 12, 2017, to comply.

“Consumers who suffer from collision damage should not be misled by insurance companies or forced to wait weeks for an inspection in order to steer them away from their chosen shop and into insurer-contracted repair shops just so the insurance company can save money at the expense of proper and safe repairs,” Democratic Insurance Commissioner Dave Jones said in a statement Tuesday.

Under the new law — which is intended to reinforce anti-steering laws on the books for seven years but allegedly still ignored by some insurer representatives — it’s illegal for insurers to require repairs at a certain shop or suggest a customer go somewhere else once they’ve selected a shop except under the conditions described in Insurance Code 758.5:

(b)(1)(A): “A referral is expressly requested by the claimant”

The new law’s pairing with 758.5(b)(1)(A) locks down the chance for insurers to promote DRP shops. Taken together, the regulations seem to state that if the customer declares they want work done at Shop A but THEN asks for the insurer for another suggestion, the insurer can recommend one. If the customer says “I want to go to Shop A” and doesn’t ask for an alternative, the insurer can’t try and pitch one.

The reference to 758.5(b)(2) could provide wiggle room for insurers to steer, but that’s where the new law comes in, stressing the “nondeceptive” concept by elaborating that it’s illegal for an insurer to:

communicate false, deceptive, or misleading information to the claimant, including, but not limited to:

(A) Advising the claimant that an inspection of the vehicle will occur at a date that is later than required by subdivision (e)(4) of this Section 2695.8.

The new regulation also gives first- and third-party insurers a six-day time limit for inspections, and the insurers can’t require a claimant to travel more than 15 miles in areas with populations of 100,000 or more. Inspection trips can’t exceed 25 miles anywhere else.

An insurer who wants photos to support a supplement has to ask for the images within three days, and they only have six days after receipt of the photos to inspect the vehicle further.

If the insurer wants to see the vehicle, they can come out and do so, of course. The point is to prevent an insurer from compelling an inspection at a shop and having the customer inconvenienced through a hard sell or other means of keeping the car repaired at the insurer’s shop instead of where the customer wants to have it fixed.

Finally, restrictions on how far an insurer can require a claimant to travel for an inspection were slightly loosened to 15 miles (up from 10) in urban areas with 100,000 or more people. The inspection trip still can’t exceed 25 miles anywhere else.

As noted before, the state’s already had an anti-steering law on the books. However, apparently not enough insurers were paying attention to it in letter or spirit, based on the California Department of Insurance’s responses to public comments, replies reminiscent of the Onion’s famous “God Angrily Clarifies ‘Don’t Kill’ Rule” humor piece.

As the CDI stated in response to a variety of insurer trade groups and the California Chamber of Commerce:

The Department is not merely “concerned” about steering violations by insurers, but has compiled numerous complaints demonstrating that steering frequently occurs at insurer-designated inspection locations. Despite the Department’s enforcement efforts, these complaints persist in 2016, six years after CIC §758.5 became effective in 2010.

And to Caliber, which argued that the existing law was doing a good enough job of keeping insurers from saying deceptive things:

The Department disagrees that existing law satisfies the purposes of CIC §758.5, a conclusion supported by frequent steering-related complaints received by the Department, even subsequent to CIC §758.5 becoming effective.

There is one potential wrinkle: Will a decision in ACIC v. Jones, which was heard by the California Supreme Court in November, curtail how much authority the CDI and other agencies have to define such regulations and prompt insurer lawsuits over this rule, too? The CDI was pretty certain it wouldn’t in its response to one comment.

In response to Commenters’ contention, the Department reiterates its response that Jones is inapposite to the proposed regulations, based on the terms of the ruling now on appeal: The Jones court explicitly stated that “[Its] ruling today is limited to one conclusion – that the UIPA has not, as of yet, given the Commissioner authority to regulate the content and format of replacement cost estimates.” … By its own terms, the Jones ruling excludes the possibility that the proposed regulations could fall under the Jones standard. Because the Jones ruling is inapplicable to the proposed regulations, the Department declines to delay their adoption until after the Supreme Court ruling.