The 2018 Chevrolet Traverse has cut more than 300 pounds through its use of higher-strength steels, according to the OEM.

Chevrolet didn’t make a big deal out of the weight reduction with its news release accompanying the Traverse, so we’ll do it for them. Specifications provided with the 2016 and 2018 model indicate the front-wheel-drive 2016 Traverse had a curb weight of 4,713 pounds. The 2018 base front-wheel-drive Traverse only weighs 4,362 pounds. Spokeswoman Tara Kuhen on Wednesday confirmed what she described as 362 pounds of weight loss.

At the same time, the 2018 next-generation edition of the SUV is longer, taller and wider for “best-in-class passenger volume,” Chevrolet President Alan Batey said on Jan. 9 during the reveal.

Sholte said rather than make panels and closures out of aluminum — hypothesized to be the future direction of lightweighting, particularly for larger vehicles — the OEM accomplished most of its Traverse lightweighting by “positioning high strength steels in the correct locations of the vehicle” and “optimizing the door weights” through higher-strength steel reinforcements and lighter steels for skins and cosmetic areas.

He said that using steel instead of aluminum made it easier to create the exterior design desired. 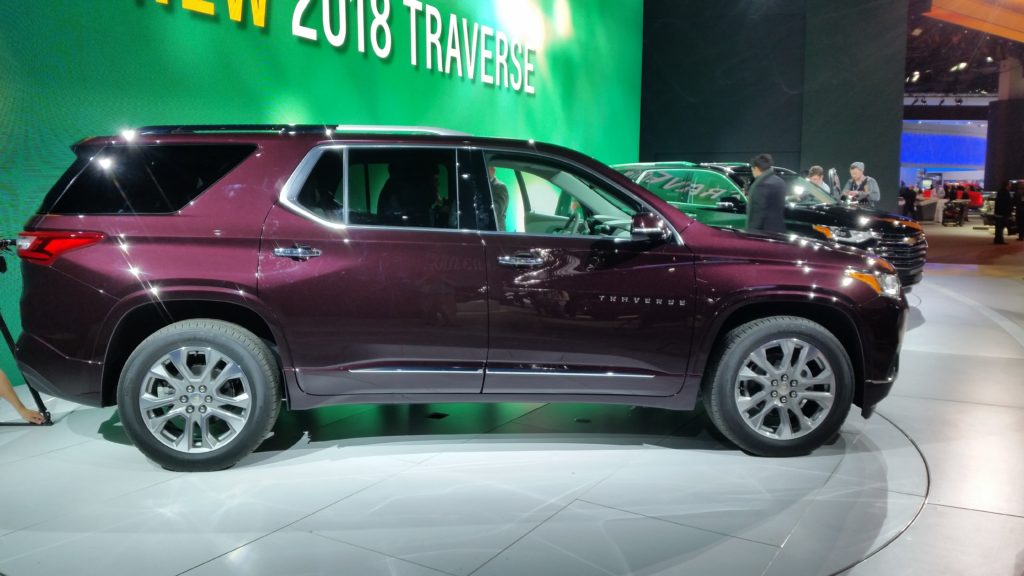 “There’s more press-hardened in the vehicle than in the past,” he said. “Pretty much in the safety-critical areas.”

As for the front of the SUV — the area likely to take most of the collisions — Sholte said Chevrolet used a similar technique as General Motors did with the 2018 Chevrolet Equinox, revealed in December, and the GMC Terrain that debuted along with the Traverse at the North American International Auto Show on Jan. 9. The Traverse is designed with energy-absorbing “splayed” front rails which in a small-overlap crash can “drive more of that energy through the rails” and better protect the driver and passenger, according to Scholte. 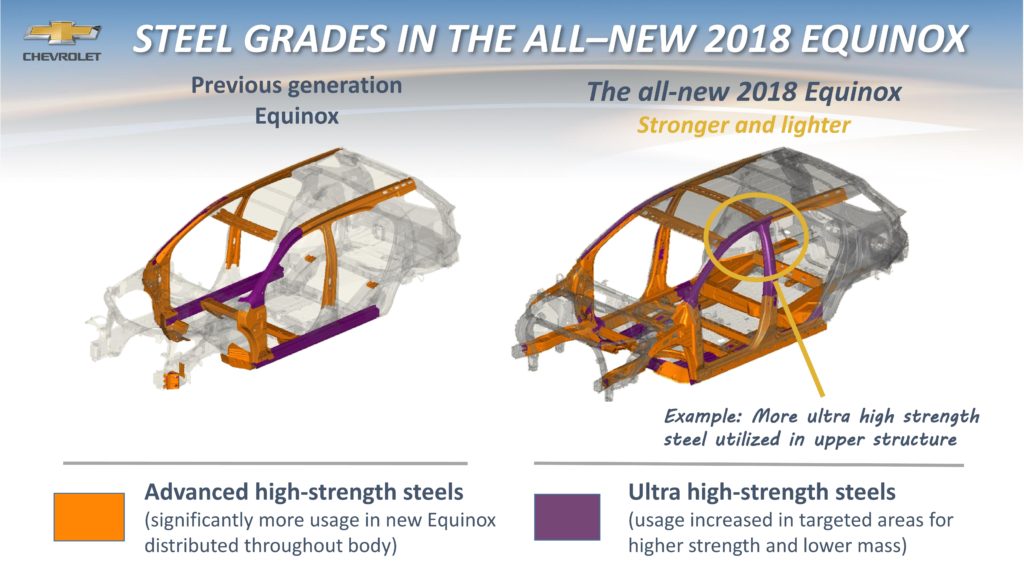 This is probably also similar to the Cadillac XT5’s splayed rails.

However, as for the Traverse’s rear rails, they’re “pretty much standard” in terms of design.

Other standard and optional features that caught our eye (see the full list here): 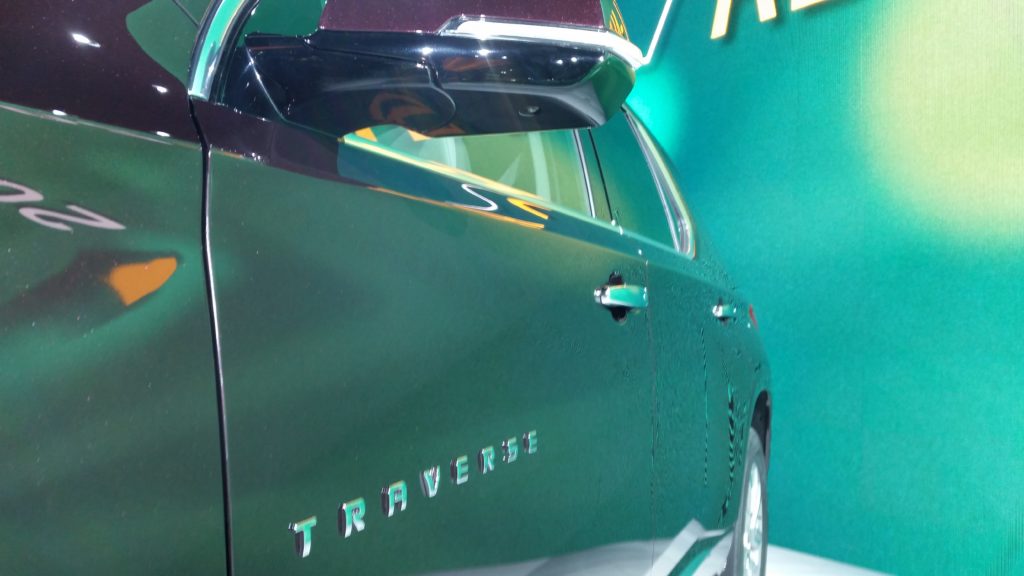 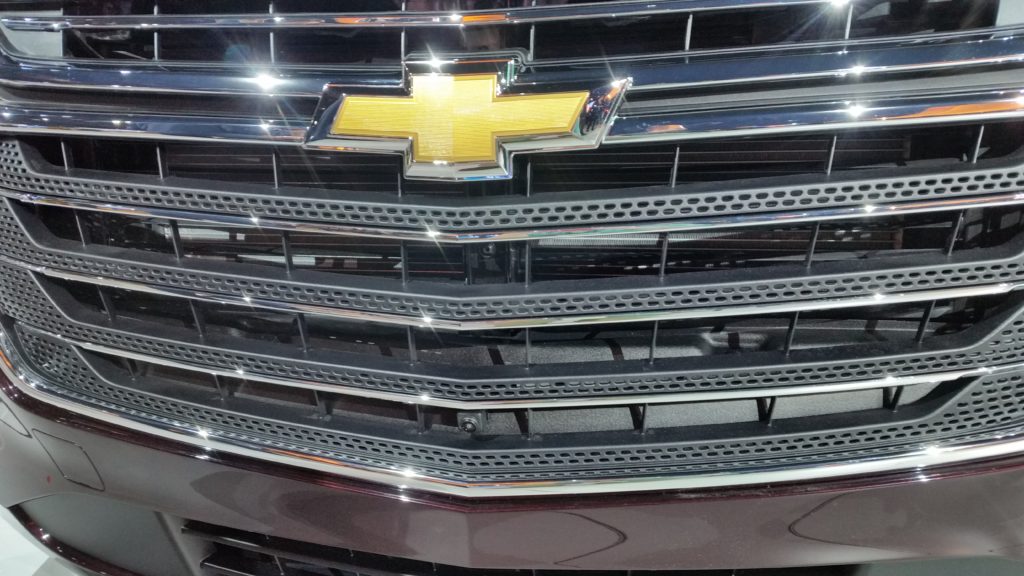 Advanced- and ultra-high-strength steel content in the 2018 Chevrolet Equinox is shown in this body-in-white provided by General Motors. (Copyright General Motors)

Cameras on the 2018 Chevrolet Traverse can be seen on its mirror at the 2017 North American International Auto Show on Jan. 9, 2017. (John Huetter/Repairer Driven News)