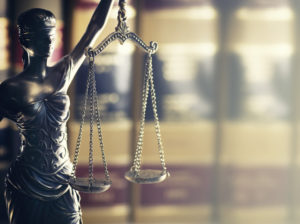 Collision repairers in Pennsylvania and North Carolina have asked a Florida federal judge to reconsider a late December order staying their RICO case against some of the the nation’s largest auto insurers.

Middle District of Florida Judge Gregory Presnell on Dec. 22, 2016, stayed five cases from various states which a federal panel had consolidated before his court.

“Resolution of the cases on appeal will likely resolve the antitrust claims in these cases,” Presnell wrote. “In the interest of judicial efficiency, the Court will stay further proceedings in these five cases until the appeals are resolved.”

However, while all five cases all involve collision repairers suing insurers for allegedly trying to artificially deflate auto body compensation and interfering with repairer businesses, the Crawford’s Auto Center and K&M Collision v. State Farm et al case takes a different legal approach than the other four lawsuits — a point made by its plaintiffs in their motion Thursday.

“Respectfully, there is no basis to stay or administratively close this case (the “RICO Class Action”) because it indisputably concerns different claims and rests on a different foundation than the other cases filed in this MDL that are now on appeal,” the motion states. “Accordingly, there are no judicial efficiencies to be achieved relating to the RICO Class Action by awaiting resolution of the appeals pending in the Eleventh Circuit Court of Appeals.”

The Crawford lawsuit filed through the law firm of Bailey & Glasser reads differently than the other stayed cases, which are virtually identical in construction to most of the appealed lawsuits and all handled by Eaves Law Firm.

The Crawford shops haven’t appealed anything to the Eleventh Circuit, and while their case alleges conspiracies to improperly deflate repair bills, it does so using the Racketeer Influenced and Corrupt Organizations Act instead of the Sherman Antitrust Act. Besides accusing insurers of RICO violations, it also alleges fraud and unjust enrichment.

The other four cases (and others on appeal before the Eleventh Circuit) allege combinations of price-fixing, boycott (both Sherman Antitrust Act violations), tortious interference, unjust enrichment, quantum meruit and state insurance-related laws.

The word “antitrust” only appears once in the Crawford case — in a quote attributed to State Farm warning shops not to act in an antitrust-violating manner.

The Crawford case alleges separate RICO counts for each defendant insurer (It also accuses various information providers as conspirators, but doesn’t name them as defendants.), while the other cases accuse the collective defendants in the price-fixing and boycott charges.

“Plaintiffs’ RICO Class Action alleges separate and distinct enterprises by which the Defendant Insurers and their exclusive Information Provider partners collaborate to systematically defraud collision repair professionals like Plaintiffs and the proposed classes, the same repair professionals that purchase collision estimating systems from the Information Providers and rely on the Information Providers as the purported industry neutral guidepost,” the motion states. “… In contrast to the cases filed by the Eaves Firm, Plaintiffs have not alleged antitrust claims. Nor do Plaintiffs allege an overarching, industry-wide conspiracy to restrain trade between and among all of the defendant insurers. By the same token, none of the cases filed by the Eaves Firm rest upon the complicit conduct of the Information Providers. There are no antitrust claims in this case which will or can be resolved by the pending appeals.”

Hopefully, the shop’s motion makes Presnell take a closer look at the litigation, gleaning both a better grasp of DRP rates versus door rates — a crucial distinction missed in an earlier dismissal of Crawford without prejudice — but also not lumping it in with a series of cases he’s been skeptical of in the past.

The appealed cases are still pending before the Eleventh Circuit. They ask the appellate court to weigh in on just how detailed a federal lawsuit needs to be, with the Eaves firm and the collision repairer plaintiffs arguing that Presnell has been applying too harsh of an standard when deciding if cases should survive a motion to dismiss.