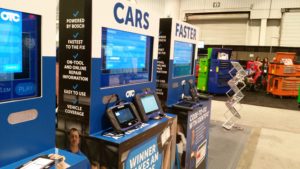 Correction: Chubb on Jan. 9 called an earlier email declaring it would scan all 1990-or-newer vehicles before and after a collision “sent prematurely” and not company policy, and we’ve removed the reference to the insurer from this piece and updated the article accordingly. Find out more about Chubb’s position here.

The most common reason for not performing a pre- or post-repair scan was not an insurer unwillingness to pay but the collision repairer’s assumption that the damage didn’t merit one, according to the latest “Who Pays for What?” survey results.

Answers from the more than 1,000 shops responding to the survey (not all answered every question, though) indicated that auto body shops only perform post-repair scans an average 50 percent of the time and pre-scans only 31 percent of the time.

In a separate question about tools, 2 percent of the hundreds of shops surveyed by Collision Advice and CRASH Network reported they never did vehicle scans. (Shops were allowed to pick multiple answers in these questions.)

The first 2017 “Who Pays” survey asks about the success collision repairers have had when asking the Top 8 insurers for reimbursement for various refinishing procedures. Polling is open until Jan. 31, and participants will receive a free copy of the results. All responses are confidential; data is published in the aggregate. Take it here.

Survey co-author Mike Anderson offered the caveat that the recently released aluminum survey asking the scan questions was conducted in October 2016, “just before some of the automakers had released bulletins on the need for pre- and post-repair scans, and certainly before the existence of these newly published positions were widely known about within the industry.”

However, four major OEMs had issued position statements between June and August saying scans were necessary, and the high-profile NACE show delivered a similar message in August, two months prior to the survey. General Motors in mid-October did follow with a similar statement, and we and I-CAR in November covered Mercedes’s release of a scanning statement.

OEM position statements require some combination of pre- and post-scans under various criteria.

The reason for the post-scan is obvious: Is the car truly returned to pre-loss condition, and will it be safe to the occupants and other drivers if taken on the road? I-CAR has likened pre-scanning to 3-D measuring a vehicle prior to a repair: A shop obtains a precise sense of the damage and can more accurately plan the repair, and owners and insurers can avoid customers attempting to claim unrelated damage as part of the loss or the shop’s doing.

“It is a little scary how many shops said they don’t perform a pre- or post-scan because the ‘level of damage’ doesn’t warrant a scan,” Anderson said in a statement. “Even a minor hit can have an effect on the parking sensors or cameras used for adaptive cruise control. And you will not know that unless you perform a scan.”

A seemingly basic repair procedure like disconnecting the battery or removing a part are also said to sometimes throw diagnostic trouble codes — both fairly common scenarios and possible ones under low-impact damage. Toyota has also demonstrated how a seemingly insignificant whack to the vehicle can demand recalibration of the passenger-seat airbag sensor — a device crucial to a piece of lifesaving technology.

Another 21 percent and 18 percent didn’t pre- and post-repair scan, respectively, simply because the shop didn’t have a scan tool. Hopefully, some of these respondents misunderstood the question and while not literally scanning in-house, were still subletting scans to a dealership. (48 percent of those surveyed, 362 respondents, reported they outsource scanning to dealers.)

Shops that did have tools also provided some insight into their choices:

The No. 2 and No.3 reasons for not pre- or post-scanning a vehicle were similarly scary.

About 37 percent didn’t pre-repair scan because “We don’t get paid for vehicle scans by the insurer,” and 31 percent followed suit for that reason on post-scans. That stance is irresponsible and could haunt a repairer in court unless the shops also offered the procedure to a customer who declined to pay out-of-pocket.

The holdout insurers and local adjusters mistaken as to their own corporate policy should know that most of the Top 8 insurers are paying for scans (somewhat).

I-CAR recently addressed this myth, and OEMs have done so as well. Dash lights are for the customer; diagnostic codes are for automotive professionals. The absence of a dash light doesn’t prove there are no codes; OEMs have called synching the two too difficult. (Hopefully, the growing prevalence of touch-screens eventually allows all DTCs to be piped there and at least end that myth, though technicians would still likely need some sort of scan tool and software to reprogram and calibrate the afflicted technology securely.) About 28 percent of respondents reported not pre-scanning because of what they perceived was “no high-tech systems to be concerned about,” and 27 percent said the same about post-scanning.

This might be true, but the 1990 OBD-I standard and the 1996 mandate for the OBD-II technology indicate some, if not all of these, shops are wrong. OEMs have described diagnostic trouble codes without dash lights dating to at least 1996.

Just because the car isn’t driving itself or tricked out with an advanced driver’s assistance system suite involving some combination of autobraking, lane keeping and automatic cruise control doesn’t mean it lacks “high-tech” features that will throw trouble codes. There’s other electronics-related systems that help deliver a safer ride or more convenience — and they need to be returned to pre-loss condition.

Here’s some electronics food for thought before shops or insurers dismiss a car as low-tech. We don’t know the correlation between dash lights and fault codes for the tech; we’re presenting these examples here just to get readers thinking about their definition of a high-tech vehicle:

The October 2016 “Who Pays for What?” survey found collision repairers using a variety of scan tools. (Provided by Collision Advice and CRASH Network)

The October 2016 “Who Pays for What?” survey found collision repairers providing a variety of explanations for not scanning vehicles. (Provided by Collision Advice and CRASH Network)