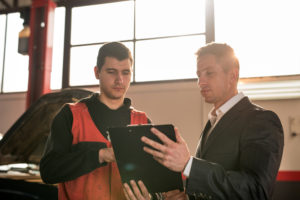 Insurers last year were more receptive to shops which asked to be paid for not-included procedures than in 2015, according to new “Who Pays for What?” survey data.

Some of the increases were even statistically significant, according to researcher Mike Anderson, whose company Collision Advice produces the surveys in conjunction with CRASH Network.

“For example, shops being paid ‘always’ or ‘most of the time” for ‘plastic repair materials’ increased 8.4 percent compared to a year ago!” Anderson wrote. It grew to 56 percent in 2016, with the other 44 percent of shops who thought to ask for it reporting being only paid “Some of the time” or “Never.”

Around 35-38 percent of the roughly 800 shops providing data for the Top 8 insurers didn’t even ask to be paid for the plastic repair materials.

The surveys cracked 1,000 respondents for the first time with the October 2016 study, which asked about aluminum repair and a variety of shop supplies and procedures. (Get a copy here.) Not all participants answered every question or provided data for every carrier.

“When I see that 73 percent of the respondents to this survey did not take last year’s survey – meaning we had a largely unique set of respondents – yet the results were nearly identical on many repair operations, that shows these results are extremely reliable and valid,” Anderson wrote.

The first 2017 “Who Pays” survey asks about the success collision repairers have had when asking the Top 8 insurers for reimbursement for various refinishing procedures. Polling is open until Jan. 31, and participants will receive a free copy of the results. All responses are confidential; data is published in the aggregate. Take it here.

As is typically the case in the surveys, State Farm and USAA were the among the most receptive to shops on plastic materials, while GEICO and Progressive were among the least.

“It is clear from the results of these surveys that whether or not a repair facility is reimbursed for a particular item depends, to a certain degree, on whether or not the shop negotiates for it,” the survey states. “Though this can vary by insurance company, DRP status, or region of the country, it is clear that while none of the procedures in this survey are universally paid by insurers, none are universally rejected by insurers either. There are many examples in this survey series where nearly 3 out of 4 shops report getting paid most, if not all, of the time for a certain procedure, yet another 20 percent of shops say they never even attempted to charge for it.” (Emphasis in the original.)

Such conclusions seem to suggest something we’ve anecdotally noticed for a few carriers — local adjuster opposition might not reflect actual corporate policy.

Overall, State Farm, Farmers and USAA proved the most likely to pay direct repair program or non-DRP shops for the requested line items in the October 2016 study. With the exception of GEICO and Progressive, all of the Top 8 carriers were more receptive to DRP shops seeking reimbursement for not-included procedures. Anderson wrote that only one repair procedure, pre-washing a car before repair, saw a reduction in how often shops who asked were consistently paid for the work. (Though the researchers caution that the data has a 3-3.5 percent margin of error, and not all changes are statistically significant between 2015 and 2016.)

That tally fell 2.4 percent to 6 percent reporting “always” or “most of the time” for the more than 700 shops offering answers on the insurers.

The message as always from the researchers is that shops should ask to be paid for the procedures they do — and know the P-pages well enough in the first place that estimators understand what isn’t included in labor times so they can ask. Worst case, the insurer says no and you still don’t get paid — i.e., nothing changed. But if a shop is armed with documentation and helps teach the carrier what that documentation means, this can become a yes.

In past surveys, the most common reason why a shop didn’t ask (a percentage which fluctuates depending on the line item) to be paid for materials and labor it expended was that it didn’t know any better.

“When asked in past surveys why they ‘never’ charged for an item or repair procedure, about 75 percent said they were either not aware that the item was ‘not-included,’ or never thought to ask,” Anderson wrote. “Only 5-7 percent said they didn’t perform that operation.”

Only 12.1 percent had contractually agreed under a direct repair program not to charge for that line item, and another 5.6 had decided to eat the costs as a “business decision.” “While this survey series should serve primarily as a reminder of the not-included items repairers can potentially charge for, when they are necessary for the repair, the results also provide valid assurance that, despite what you might be told, you aren’t the ‘only one’ doing and charging for these things,” Anderson wrote. (Emphasis his.)

Shops should remember to ask insurers for work technicians performed on a mutual customer’s vehicle. (BraunS/iStock)

October 2016 “Who Pays for What?” survey data shows an increase in shops being consistently paid “most of the time,” “always” for plastic repair materials when they ask for the compensation.  (Provided by CRASH Network and Collision Advice)

“Who Pays for What?” survey data indicates many shops which don’t ask for reimbursement for various not-included procedures just didn’t  think to ask. (Provided by Collision Advice and CRASH Network)