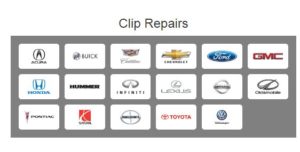 A Charlotte TV station’s coverage of a dealership allegedly selling vehicles without notifying customers of their salvage nature indirectly raises the concept of “clipped cars.”

WJZY in November covered whistleblower Ryan Ricker alleging salvage vehicles were sold with clean titles by Auto City in conjunction with an affiliated salvage company, at which he was inventory manager:

Ricker told FOX 46 that while he was working as a manager at Salvage Auto Supply, they were ordered to purchase vehicles with major damage from insurance auctions, strip them apart, rebuild them, and sell them on the lot at Auto City. …

Ricker said he believes Auto City’s customers often had no idea they could be buying a salvage vehicle with major damage because he witnessed the vehicle titles sometimes being marked clean instead of salvage.

“When your car has to be cut in the middle, literally in the back doors, and the entire rear end, a new car welded together, I’m sorry, that title should not be able to slide through as clean,” Ricker said. “In my year and a couple months that I was employed with them, I would feel safe to say well over 200 cars went through as a clean title, that were not.”

Owner Evgenii Desiatnikov disputed the accusation, according to WJZY:

“Any car that was bought at the auction that had been damaged came with a salvage title,” he wrote. “After we repaired the vehicles and put them up for sale, the vehicle has to be inspected by the state to make sure all repairs were done properly. After that they are put up for sale. When a customer purchases this vehicle, they must sign a Damage Disclosure Statement. We then have to take that and the inspection to the DMV before they can get there [sic] tags.”

Desiatnikov went on to say that, unlike other used car dealerships, most customers are given a free three month warranty, that their vehicles are safe to drive, and that they do their best to serve their customers.

Authorities don’t appear to have sought vehicle condition-related charges against Desiatnikov, based on the station’s reporting, and we’re not here to get into whatever did or didn’t happen with Auto City.

What intrigued us was Ricker’s comment on the nature of a clipped car deserving a salvage title, coming as it did around the time of some auto body industry discussion indicating the practice still persists.

For any collision repairer doing business as usual (and not something like owner-requested custom SEMAesque work), the rule on clipping is fairly straightforward: Don’t do it.

Here are position statements from Honda, GM, Ford, Nissan, Volkswagen and Toyota all essentially telling shops not to clip, clipping voids the warranty and the car is no longer guaranteed to perform the same way in a crash. (OEM engineers actually test the repair procedures they provide to ensure the vehicle will retain the crashworthiness of an undamaged model.) GM does not sanction clipping repair because it cuts across the major load-bearing paths of a vehicle and can reduce the structural integrity of the repaired vehicle. This is extremely critical because of the increase in the use of Advance High Strength Steel (AHSS). Improper repairs can lead to vehicle performance issues related to noise, vibration and handling problems.

Ford even addressed the salvage issue in its ban on the practice.

Ford strongly recommends that repairers and insurers considering the use of a “clip” carefully check state collision repair laws and regulations to determine whether the vehicle must be retitled as “rebuilt” or “salvage” if the “clip” procedure is used. Ford also strongly recommends that repairers advise and obtain the written repair authorization of the vehicle owner, in advance, if the “clip” procedure is to be used and re-titling is required.

Just because a position statement isn’t on OEM1Stop doesn’t mean you have carte blanche to clip that OEM’s cars or do any other sketchy procedure. Other position statements might be available on those OEMs’ actual repair information websites or contained within body repair manuals. (An OEM’s guidance on sectioning, for example, might by extension prohibit clipping.)

Can’t find it there? Then ask I-CAR, which will probably tell you not to do it — even for OEMs like Hyundai that don’t yet provide repair procedures to the U.S.:

So no clipping. And as for the salvage issue, even if a state doesn’t have a specific law dictating how a clipped car’s title should be classified or still allows a clipped car to retain a clean title, there’s still the civil courts and “court of public opinion” to consider. Insurers, technicians and owners might want ask themselves how it’s going to look if the customer finds out or a local news “I-Team” or civil process server comes knocking at the door.

Featured image: Links to OEM position statements on clipping are show on OEM1Stop. (Screenshot of www.oem1stop.com)