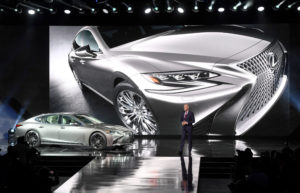 The next generation of Lexus’ flagship LS sedan offers more luxurious room while weighing less, thanks to the OEM’s use of higher-strength steels and an aluminum hood and trunk lid.

“Not only will the LS symbolize the Lexus brand, it will become the definitive new-generation luxury car embodying Japanese tradition and culture,” LS chief engineer Toshio Asahi said in a statement.“As such, this global pinnacle must go far beyond what the world expects from a luxury car.”

Lexus in a Jan. 9 news release said the car is more rigid, and “engineers used lightweight materials including ultra-high tensile steel sheet and aluminum to carve over 200 pounds from the current LS platform and body.”

In terms of the exterior, the aluminum was limited to an aluminum hood and liftgate on the LS (and LC), according to Lexus communications manager Moe Durand.

“That’s not like the watershed stuff,” he said. (Though shops will need separate tools and work areas, just as they do with the more “watershed” aluminum-intensive F-150, or risk the steel corroding the aluminum substrate on the LS.) 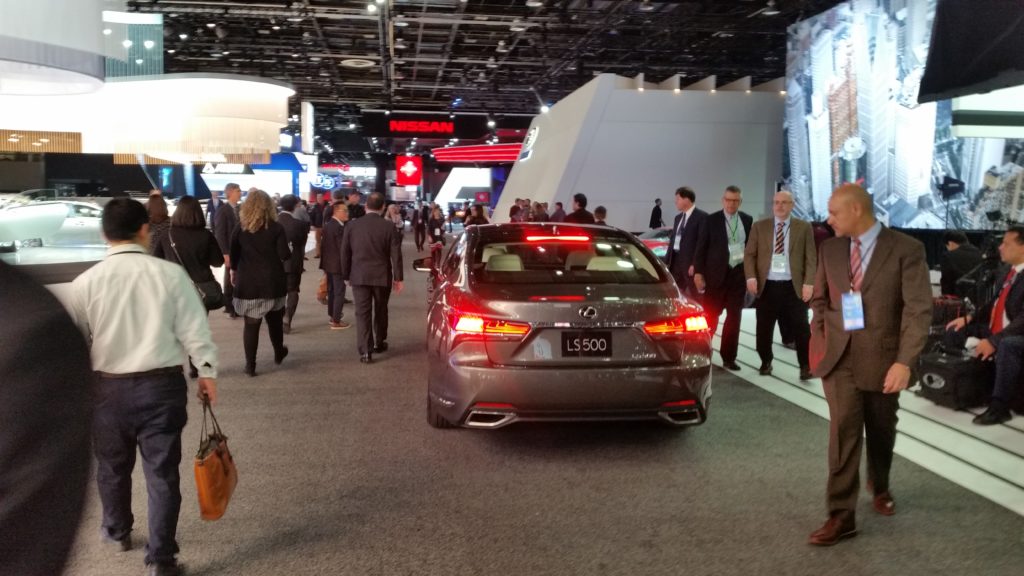 Durand said the car had 20 percent more ultra-high-strength steel of at least 780 megapascals or “higher” — grades of metal that carry strict rules on how repairers should fix it. Generally, this means no heat, straightening, or sectioning anywhere not specified by the OEM.

Durand said “there’s a lot that’s been put into” the vehicle’s platform, which he said was designed for the LS and LC and designed to pass “the world’s most stringent” crash tests. (The LS will be sold in 90 countries.)

Aluminum comes back into play in this regard, as Lexus built in an internal “web-lattice aluminum structure” into the LC and LS which includes aluminum spars over struts and is designed to help beat crash tests, according to Durand. (Again, certainly not something you want to corrode.)

Lexus’ news also noted that the chassis is stronger in part because of “(s)pecial braces in the engine compartment” and “stiff aluminum front and rear suspension towers.” The LS also “extensively” used aluminum for the suspension, the OEM said.

The OEM also describes laser-screw welding as making a steel-aluminum front suspension tower design possible on the LC, and it’s possible this joining would carry over to the suspension features described above on the LS.

“The use of self-piercing riveting allows these different metals to be securely joined where traditional welding methods are unsuitable: in place of spot-welding, the material is pierced on its upper side only,” Lexus wrote in December 2016 when unveiling the LC Coupe. 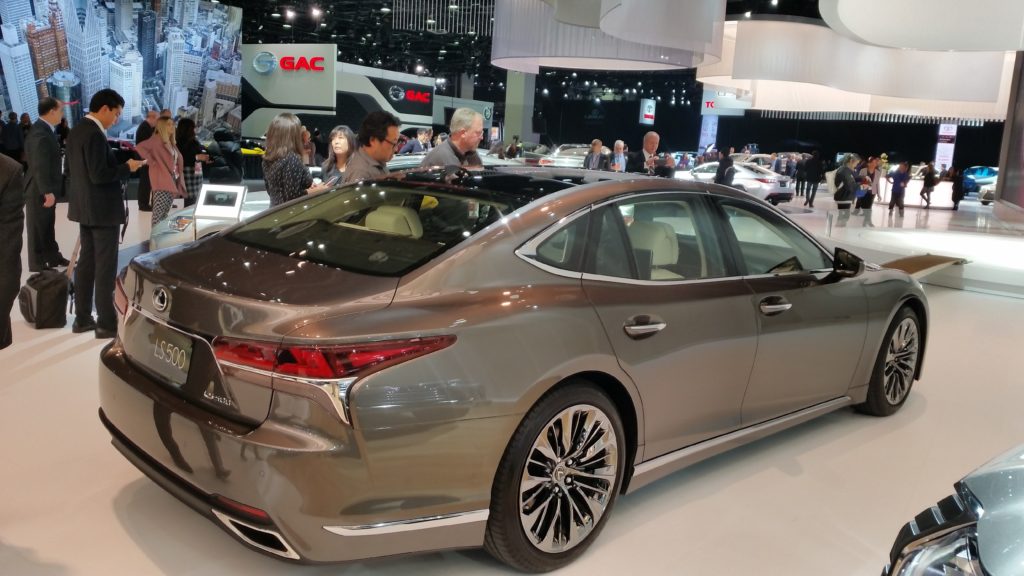 In general, repairers should expect to encounter such joining techniques, which also appeared on the previous-generation LS and the next-generation 2016 RX.

The Lexus LS is not as common as the rest of the Lexus line; it starts at more than $72,000 and sold 5,514 last year, down 23 percent amid a year of SUVs eating sedans’ lunch across the auto industry. But it’s built on Toyota’s global “GA-L” luxury platform, which means the Lexuses more commonly seen in your shop will likely share similar body characteristics.

Also, the car had a pretty sweet Super Bowl commercial, which could drive sales.

Other LS items of interest:

“The Lexus LC: A Dynamic Luxury Coupe in Every Aspect”

The 2018 Lexus LS drives towards its pedestal at the North American International Auto Show on Jan. 9, 2017. (John Huetter/Repairer Driven News)

The 2018 Lexus LS prepares to take its place on a pedestal at the North American International Auto Show on Jan. 9, 2017. (John Huetter/Repairer Driven News)