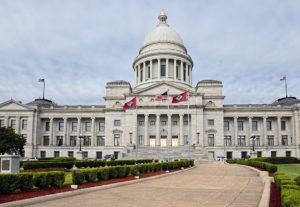 A bill making it easier to place aftermarket auto body parts on cars still under warranty has been recommended by an Arkansas Senate Committee.

The bill would strike Arkansas Code 4-90-306, a 20-year-old law that states: “Whenever repairs are made involving replacement crash parts, as defined in this subchapter, and the vehicle is still under the manufacturer’s original warranty, only original equipment manufacturer replacement crash parts may be used by the repair facility unless the owner gives or has given written consent otherwise.”

The bill has seven co-sponsors on the Senate side and six on the House alongside sponsor Rep. Charles Collins, R-Fayetteville, who is also chairman of the House Insurance and Commerce Committee.

Craig Griffin, owner of El Dorado, Ark.-based Laneys Collision Center and a former Society of Collision Repair Specialists board member, said Tuesday he was still trying to research the bill, but on the surface, “it looks like a bad idea.”

The existing law doesn’t prevent an insurer with a policy permitting aftermarket parts from requesting an auto body shop use such items while repairing a warrantied car. The customer can either consent to use those parts or pay the difference (which Griffin described as “rare”) and receive the OEM parts described in the law. Griffin said that despite the added attention to part source generated by the law, insurers continue to write aftermarket parts.

However, repealing the OEM parts mandate for warrantied cars could have a large impact on third-party customers, who are under no obligation to accept aftermarket parts, Griffin pointed out. Insurers and repairers could put non-OEM parts on the vehicle, and while they would still under Arkansas law have to disclose this, it’d be a more passive disclosure — text on an estimate.

It’s one thing to have an estimate with 10-point type about parts; it’s another to be actively asked if you’re willing to accept non-OEM parts on your car from the insurer of the party that crashed into you.