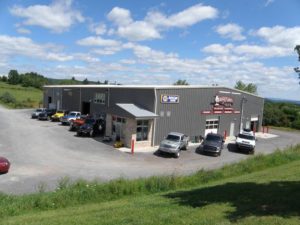 LKQ said Monday it “does not intend” to buy any other auto body shops, describing the acquisition of a Muncy, Pa., repairer as an “exception” focused on the facility’s real estate rather than its collision repair business.

“Regarding your question, Apple Hill 4×4 & Auto, was acquired primarily to obtain new space to which an existing LKQ Specialty shop could relocate,” Boutross wrote in an email. “The new space was attractive because it has capacity for installation of Specialty products. Apple Hill 4×4 & Auto historically had done some auto body work for local fleet vehicles, but such work will not be the focus going forward.  LKQ does not own any body shops (other than this one exception), and LKQ does not intend on acquiring any others; our focus remains parts distribution.”

Newman said Apple Hill has a full mechanical shop as well, and its Facebook page describes custom and off-road work.

Autobody News had reported the sale Friday. On Monday, Newman confirmed most of the details in the magazine’s report and referred us to that article. The sale by what the Better Business Bureau reports as owner Aaron Salvatori occurred this month, the magazine reported.

“I think the owner felt he took the business as far as he could himself and wanted to see about getting corporate to be able to further continue growing and getting bigger,” Newman told Autobody News.

Apple Hill’s Facebook page states the company was founded in 1997 with a 3,000-square-foot building.

“We moved our body shop right in the same, brand new, state of the art building as the shop! With more equipment, room and staff we can get jobs done faster, more efficiently and have more on hand than ever before,” the Facebook page states.