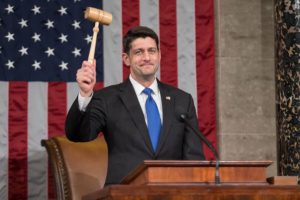 “We really can’t put a number on it,” Chief Financial Officer Nick Zarcone told analysts during an earnings call Feb. 23.

He said LKQ buys $1.3 billion worth of product manufactured outside of America. However, only $800 million of that is bought from overseas companies, while the other $500 million comes from U.S. subsidiaries, according to Zarcone. If a “border tax” bill allowed an American middleman to excuse foreign manufacturing, then the impact on LKQ wouldn’t be as severe.

Zarcone said that given LKQ’s aftermarket volume demand, “there are not a lot of U.S. domestic suppliers that we can turn to.”

However, CEO Robert Wagman also told the analysts that one of LKQ’s largest manufacturers abroad has a facility in the U.S.  and would ramp up production here should a tax pass Congress.

Zarcone also noted that House Speaker Paul Ryan’s plan includes a corporate tax rate of only 20 percent and immediate deduction of capital expenditures, which would for LKQ offset the bite of a “border adjustment tax.” The baseline corporate rate is 35 percent; LKQ’s tax rate came out to about 32.9 percent.

And as Wagman observed, LKQ’s key competitor would be impacted by the tax as well, which could lead to an “even playing field at the end of the day.”

“The OEs are actively against this,” he said.

Of course, as Zarcone stressed again, it was all speculation at this point; no formal bill appears to exist.

House Speaker Paul Ryan, R-Wisc., in a Jan. 19 post on the official Speaker of the House website, offered a sense of what the border tax would look like. More details of the proposal can be found here in his lengthy 2016 tax reform policy paper from his “A Better Way” initiative.

“Today, American businesses that manufacture goods here at home and ship them overseas pay a U.S. domestic production tax and a tax enforced by the foreign country importing our goods—Made in America goods get hit twice,” Ryan wrote Jan. 19. “As a result, many companies move their production offshore to avoid paying the U.S. taxes, and then sell goods back into the United States. That means lost American jobs. Meanwhile, most of the industrialized world operates a destination–based consumption tax, which means the U.S. is currently at a self–imposed disadvantage to our foreign competitors. Therefore, adopting a destination–based consumption tax would level the playing field for American businesses and incentivize them to produce their products stateside. This would help bring countless jobs back to America, increase exports to the rest of the world, and improve our energy independence by encouraging greater domestic production.”

NPR on Tuesday offered a pretty readable analysis of Ryan and Republican President Donald Trump’s tax visions, which is something you probably ought to pay attention to whether you’re a small business owner or employee filing your own personal tax return.

Republican President Donald Trump in a series of Dec. 4 tweets has threatened a 35 percent tax on companies sending jobs overseas and selling products back the the U.S. but has been more lukewarm over the border tax proposal, according to Reuters, citing other media reports in January. The news service, which appears to have taken his pulse on the record most recently, reported Friday that Trump didn’t endorse the Ryan plan but said it could lead to more jobs in the U.S.

NPR’s report indicated that while no detailed tax proposal was expected, we might still find out more about Trump’s tax ideas in his 9 p.m. address to Congress tonight.

Among other concerns, the Auto Care Association argues the tax abroad will just be passed down to consumers. Ryan has argued it wouldn’t, particularly when one takes into account the huge business tax cut to 20 percent. (Which theoretically could give businesses room to slice prices.)

“The Border Adjustment Tax is an immediate threat to economic viability of thousands of small, family-owned businesses in the auto care industry,” Auto Care Association CEO Bill Hanvey said in a statement Feb. 2. “We have a complex supply chain throughout the country that distributes the right auto part to the right place at the right time, so that the American consumer can keep their vehicle on the road. The effect of the BAT will rapidly be felt by the consumer, and will bring real, downward pressure on growth, planning and employment in the industry.”

“A Call to Stop the Border Adjustability Tax”