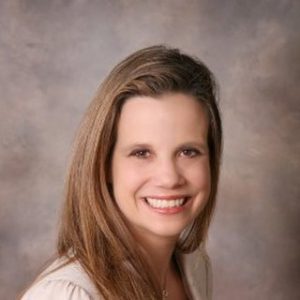 Following the announcement that she and two others had been named Women’s Industry Network “Most Influential Women in Collision Repair” for 2017, Assured Performance industry relations Vice President Elizabeth Stein described what the organization has meant to her as an industry professional — who also doubles as a wife and mother of two.

Besides helping her temper a “loud” and “enthusiastic” personality professionally, Stein credited WIN members for helping her with work-life balance — and providing reassurance when that balance proved elusive. She and her husband, Rich, have two daughters, 11-year-old Savannah and 9-year-old Jeri-Rose.

“We’re supposed to have it all,” Stein said of modern women — and to achieve family and career success effortlessly, with neither intruding on the other.

“The reality is … a lot of women feel like a hot mess” juggling both, Stein joked. “… Sometimes, something gives.”

But WIN members who have experienced this or are experiencing this have been there with support, she said: “’You know what, girl, you got this.'”

“That’s … what WIN as an organization has helped me with,” she said.

The group also provides tips as well as kind words. Stein recalled one mother suggesting to cook the week’s meals ahead of time in one fell swoop and pull them out as needed. It seems silly, Stein said, but these are the kind of tips that provide more family time and make multi-day business trips like NORTHEAST possible.

Another time, Stein was having one of those precious, rare maternal moments of quiet, only to find out that one of her young daughters had covered herself head-to-toe in temporary tattoos — right before Easter dinner. Pinterest not a go-to option then as it is today, Stein said she was fortunate in having a fellow WIN member offer the remedy: baby oil will remove the tats.

“The women laughed so hard,” when Stein told the story, and they still give her gag gifts to commemorate it.

“This group builds you up,” she said.

Stein said that this work-life struggle might not be limited to women anymore. When she started, many male colleagues had stay-at-home wives tending to the children. Now, “you see a lot more involved fathers.”

“I think it’s a family struggle,” she said.

Stein, a self-described Type A, work-focused personality,  said she’s also received reassurance that “Hey, it’s OK to be home,” and it’s also OK to leave the office for something important to the family and make up the work time later.

“That’s the biggest thing that I think I’ve learned,” she said. “… Be present.” Those family moments are what you’ll remember later anyway, she said.

Asked if industry workplaces are becoming more flexible about hours so long as the work gets done, Stein encouraged other women to get better about negotiating such things up front. She said women might be “more passive” in this regard — “Wow, I’ve stumbled upon a promotion” — or not speak up that one needs to leave temporarily for a family obligation.

Instead, they feel they’ve “got to be superwomen” and work without complaint or comment until 8 p.m.

The owner isn’t necessarily tyrannical; “he’s not aware, because the projects are all getting done,” Stein said.

“You know that you have to be your advocate,” she said.

“Press Release: Women’s Industry Network is Pleased to Announce the Winners of the 2017 Most Influential Women in Collision Repair Award”