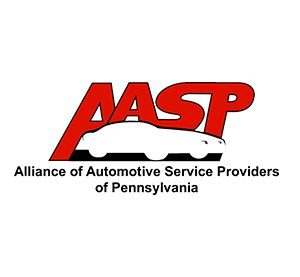 Wondering about shop liability during a time of advanced materials and technology? Get some insight from a collision repair-focused attorney at a special AASP-PA event timed for April’s Pittsburgh CIC Week.

“She will be speaking to us about what liability shops are currently open to, how to protect ourselves and tips on getting paid for proper repairs,” the Alliance of Automotive Service Providers of Pennsylvania announced Friday.

The Sheraton at Station Square-based event starts with a meet-and-greet at 6:30 p.m. followed by Eversman’s talk at 7 p.m. and a subsequent Q&A.

The AASP-PA encouraged everyone to RSVP by April 5 to ensure there’s enough room for what’s likely to be a popular event. Call 800-588-9272 or email Pam Thomas pthomas@aasp-pa.org. One of the most controversial parts of the 2015-16 Collision Industry Conferences was the idea of rewriting an obsolete CIC definition of what constituted an adequate shop, known last year as a “Class A” facility.

The topic will return in April with the CIC Definitions Committee. This time, the panel and the broader audience will consider a “Collision Industry Conference Collision Repair Provider Definition” (see draft) rather than last year’s contentious “Minimum Recommended Requirements for a ‘Class A’ Collision Repair Facility.”

Some repairers had panned the prior three levels as too inclusive (arguing that a “Class A” shop should be the ones which can repair everything, even more complicated vehicles), something which can’t be policed, and prone to misuse by other parties, such as insurers. Some questioned the audience for the document (customers? shops themselves?)

Arguments in favor of CIC revising the definition included the reliance of governments and insurers on the old criteria — which was last updated in 2013 and not reflective of what a shop today needs to fix more advanced vehicles. The idea of segmenting shops into various capabilities was presented as a fact of life in today’s collision repair industry.

The current draft document recognizes two types of shops, a general repairer and an “Advanced Repair Capable” facility. It will be voted on by the body in April — about a year after the last extensive discussion on the subject.

“The committee has put a lot of work and conference time into the discussions that have led it to this point,” committee Co-Chairman Chris Evans (State Farm) said in a statement. “We hope the document draft, put forth by the committee, will be worthy of discussion and possible resolution to whether or not CIC will preserve this work product for the benefit of the industry.”

The CIC announced Monday that Definitions Committee Co-chairman Bob Keith (Assured Performance) recently stepped down because of personal commitments. Evans will instead be joined by new co-Chairman Barry Dorn (Dorn’s Body and Paint).

Other topics on the committee’s radar include “an update to the Glossary of Terms work product and possible new terms such as Opt/Alt OE Parts, Vehicle Scanning, Calibration and Welding/Fastening Terminology,” according to CIC.

If you haven’t been to a CIC before, give it a shot. It’s sort of like a G-8 or climate summit, but with body shops, insurers and other collision repair-related interests.

“Through discussion and research during meetings and extensive interim committee work, CIC attempts to form consensus on various issues, aware that all such findings are nonbinding and voluntarily accepted,” the body describes itself. (There’s also a lot of great networking.)

The Alliance of Automotive Service Providers of Pennsylvania logo is shown. (Provided by AASP-PA)

The Pittsburgh skyline is shown. (drnadig/iStock)