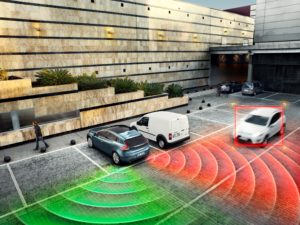 The Society of Collision Repair Specialists on Monday announced the lineup for the annual event, which it noted has in the past “routinely featured captivating presentations, designed specifically to engage the audience and stimulate participant discussion and interaction.”

“With an industry-wide focus on advanced automotive systems and how they impact the repair process, this year’s agenda should provide ample conversation,” it continued.

CMU: What ADAS means for society — and repairers

The 2017 forum at the Pittsburgh Sheraton Station Square will capitalize on the proximity to Carnegie Mellon University — one of the colleges at the forefront of autonomous vehicle and transportation technology research — by featuring civil and environmental engineering doctoral candidate Corey Harper. He’ll present his research analyzing the overall impact of crash avoidance systems on society.

Harper and CMU professors Constantine Samaras and Chris Hendrickson in 2016 reported that both conservative and perfect-world estimates indicated society and drivers benefit by buying basic collision avoidance technologies for vehicles.

“While there is much discussion about driverless vehicles, we have demonstrated that even with partial automation there are financial and safety benefits,” Hendrickson said in a statement then. The research examined blind spot monitoring, lane departure warnings and frontal collision warnings — which matter in 24 percent of crashes, according to CMU.

“If you bought a car right now with these safety systems at the current prices offered by auto manufacturers, both you and society would have a positive economic benefit,” said Hendrickson, who is also the director of CMU’s Traffic21 institute. “We are seeing that partial automation is accomplishing crash and crash severity reductions, and we expect that to improve. This study creates a framework for regulatory action encouraging early deployment of partial automation technologies.” And that’s just with the technology available at the time of the study, Carnegie Mellon pointed out. By 2022, virtually all OEMs have committed to make automatic braking standard, and some of them have pledged to have cracked self-driving cars before them.

As others have observed and the CMU team demonstrated, this affordable technology is going to reduce collision volume and potentially change the game for the industry dramatically in the coming years.

Silver will present Hunter’s research on how ADAS systems create complexity and cost for auto repairers by requiring calibration following routine procedures like wheel alignments. These challenges in large part arise because of the lack of standardization between OEMs in terms of calibration procedures and equipment, Hunter has suggested.

“ADAS can provide great benefits to both the vehicle driver and those around them as the industry moves toward autonomous cars and trucks,” SCRS wrote in a news release. “While those on the road benefit from ADAS, the repair industry must also change how they approach the repair process, as many OEMs require additional procedures and tools to perform these previously routine services. There will be an opportunity to learn how these systems can affect your business and processes, and will be open for discussion amongst the participants in the room.”

Finally, OEM Collision Repair Roundtable President John Eck of General Motors will build on Silver’s presentation and discuss how auto body shops can find the instructions and documentation necessary to correctly repair and calibrate this technology.

“He will also solicit feedback from the audience seeking to identify areas where the industry would like to see greater collaboration, support or guidance from the members of the OEM Roundtable,” SCRS wrote.

These topics are going to be crucial over the next decade as the technologies become more prevalent on mainstream cars, and failure to prepare for either the drop in collision volume or the rise in repair complexity could leave a shop floundering.

Find out about more SCRS events in Pittsburgh that week here.

The 2013 Volvo V40’s rear cross-traffic alert is simulated in this rendering. (Provided by Volvo)

Safelite provided this graphic indicating the kind of advanced driver assistance systems one could expect to see on a car — including at least one located behind the windshield. (Provided by Safelite)