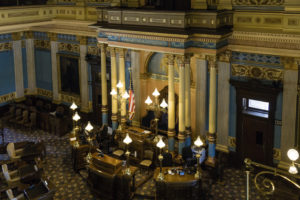 After a 2015 edition was scuttled by a veto related to an aftermarket parts component, a revised overhaul of Michigan’s 1974 auto repair licensing rules was signed Dec. 31, 2016, and takes effect Monday.

Among the most significant changes from House Bill 5857 is that instead of the secretary of state’s office defining a structural motor vehicle part, “it’s identified by the vehicle manufacturer now instead,” according to Ray Fisher, executive director of bill supporter ASA-Michigan.

The secretary of state’s office is the administrator of the law.

The “cab of a truck” and “body of a passenger vehicle” remain included as “major component parts” as well — a good hedge, as you wouldn’t want a body-on-frame passenger safety cage and other body-in-white elements to be downgraded in importance even in an age of unibody vehicles.

Senate Bill 998 states that a repairer — as defined in the updated licensing law described above — can’t be sued in a product liability case for the repairs if they fixed a self-driving car “according to specifications from the manufacturer of the automated motor vehicle.”

The bill doesn’t apply to repairs of advanced driver assistance systems, however — likely the more critical issue in the next two decades. It’s unclear if similar protections exist in those instances. We couldn’t find another reference to repairers in the newly amended judicature section of Michigan law, nor could we find any other references to “active safety” or “operator assistance” in Michigan law.

Regardless, SB 998 was another vote in favor of OEM procedures as a way to do the work correctly and keep the courts off your back.

Fisher called the effort for the 2015 licensing bill (House Bill 4344) “a huge undertaking,” and “we finally had the momentum going on that as well.” Snyder’s veto for a single section — which Fisher said had evoked much misinformation — was a setback.

However, once that language was stripped, the second version of the bill flew through the lawmaking process. House Bill 4344 took more than a year to pass the Legislature (only to fall before Snyder); HB 5857, which passed 86-22 in the House and 36-0 in the Senate, took about three months to clear the Capitol and reach the governor.

The Property Casualty Insurers Association of America, which opposed an earlier version of HB 4344, was neutral about HB 5857.

Much of the language in the licensing bill was administrative rules not formally codified into law before.

The bill also updates some dollar values to reflect 43 years of inflation. Mechanics (or body shops) now need to get permission for any non-estimated work beyond $50, up from $10, and an estimate is required for all work above $50, up from $20.

Be heard: Michigan legislator contact information can be found here.

Featured image: The Michigan Senate is shown in 2016. (RiverNorthPhotography/iStock)