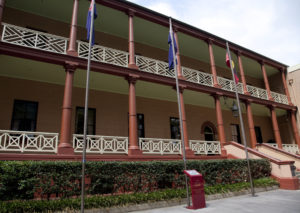 Any disputes will be mediated and ruled upon by “neutral parties” appointed by the New South Wales government, the state said Friday.

“We’ve all heard the horror stories about car owners losing out in long drawn-out disputes between insurers and repairers following an accident or, in some cases, finding themselves at the mercy of a minority of rogue operators in the industry who have delivered little more than shoddy repairs,” Deputy Premier and small business Minister John Barilaro said in a statement.

“This new Code of Conduct aims to change all and rebuild confidence in this multibillion dollar industry.”

The government’s news release said he expected greater transparency in both insurer and collision repair industries.

“This is another example of this Government reducing red tape and will help consumers avoid getting caught in the middle of disputes between insurers and vehicle repairers,” Minister for innovation and better regulation Matt Kean said in a statement.

“This initiative will also help consumers by improving the dispute-resolution process, which means car owners will get their vehicles back sooner.”

Australasian Paint & Panel indicated Friday the code was the same as the voluntary national collision repair code of conduct, the 2016 version of which can be found here. New South Wales just went an extra step and made it mandatory.

An auto body representative and others in an automotive trade group from the state of Victoria praised the code to Paint & Panel.

Requests to the various parties involved for a copy of the code were unsuccessful.